“I couldn’t just sit and look at him any longer, I had to shoot.” And so he did. Kellen Binger,... 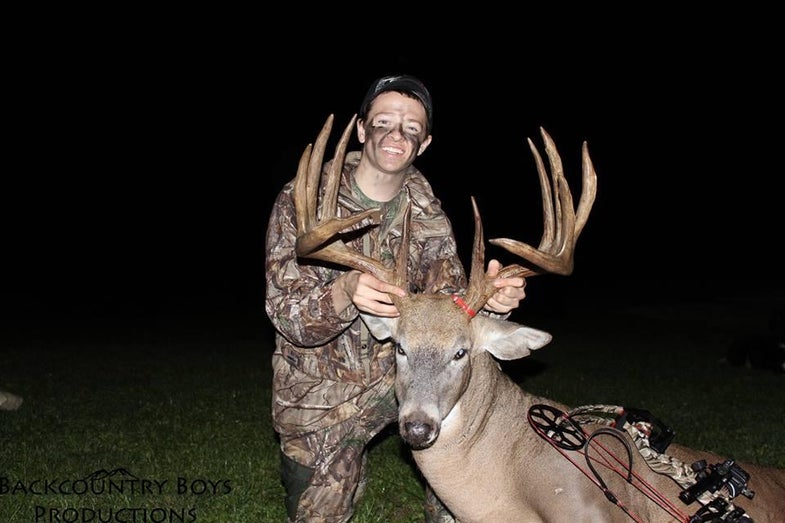 “I couldn’t just sit and look at him any longer, I had to shoot.” And so he did.

Kellen Binger, a 16-year-old Wisconsin high school student, arrowed the biggest buck of his life on October 8, 2014. Killing a 195-inch-gross whitetail is impressive on its own, but to capture it all on film himself too makes this story that much more incredible.

Here’s a short teaser to Kellen’s videoed hunt, which he has not yet published. Watch him recover the deer, and check back for updates. Via Vimeo.

Like the story of most other hunts, this happy ending was the result of hard work, persistence, and perseverance through adversity. But it wasn’t just the usual sixteen year old struggles of school, sports, or a social life that made chasing this big buck a challenge. Kellen also had to balance his hunting efforts with regularly required treatments for cystonosis, a rare genetic kidney disease. Regardless, Kellen went all in on this deer.

According to Kellen, the buck known as “Moose” first showed up on trail camera last year, appearing on a consistent basis, but always at night. 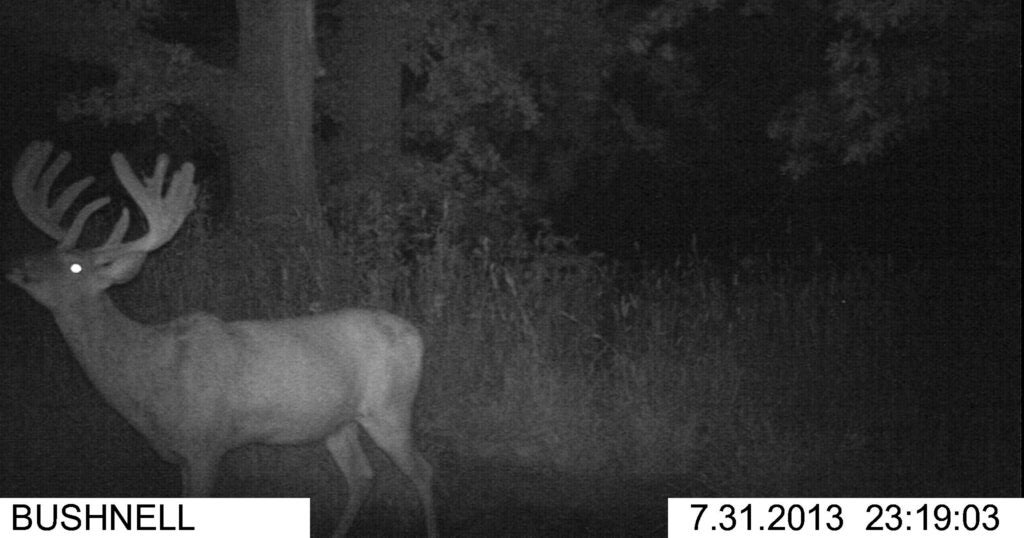 “The moment I laid my eyes on the pictures of him, I made it my goal to do everything I could to harvest that deer.”

When the season kicked off Kellen had “Moose” on the mind, but due to required appointments for treatment, he explained, “there were times I should of been in the woods, but couldn’t be.” Kellen never did get a shot at the giant that year, but another person hunting the property did have a close encounter with him.

Here’s another short teaser to Kellen’s videoed hunt, which he has not yet published. Check back for updates. Via Vimeo.

That brings us to the 2014 season, and “Moose” was showing up again on camera regularly during the summer. But when the hunting season opened he immediately turned nocturnal. Then, in early October, Kellen’s dad had an encounter with a “monster” at one of their food plots. Kellen knew it had to be “Moose” and so just a few days later, he headed back in to the area. This time he’d be hunting another of their food plots, but a little closer to an area of switchgrass that was believed to be somewhat of a “headquarters” for the old warrior. 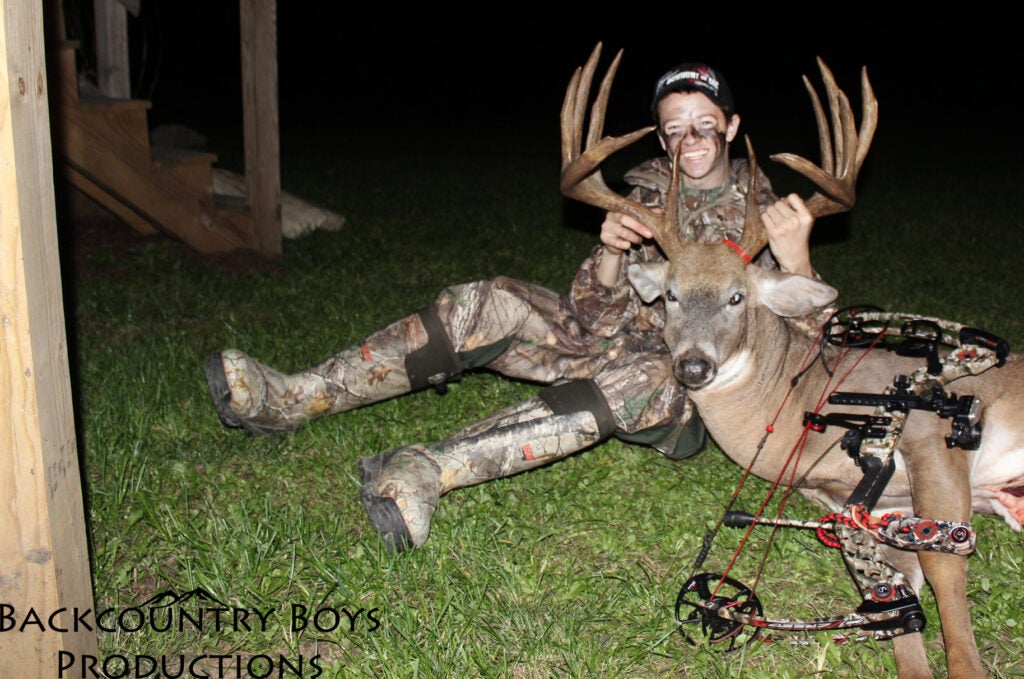 It was horribly windy that night, and Kellen remembered texting his dad, “Why are we sitting here, it’s way too windy.” Luckily, he stuck it out and when light began to fade, Kellen heard what sounded like a squirrel rustling in the leaves. Despite his assumption, he figured it would be best to stand and check what might be causing the noise. When he did, he couldn’t believe what he saw.

Kellen’s first thought? “Oh my gosh, I couldn’t believe my eyes. I blinked like five times, was it really him? And it was. My mind was blown. I’d never seen a deer like that in my life.”

The buck was calm, and feeding slowly through the turnip plot. But tree limbs obstructed a potential shot. In the meantime, Kellen focused his camera in on the heavy-horned monarch, biding his time and trying to stay calm. Finally, the buck began to move toward a clearing. And as “Moose” finally walked into the shooting lane, Kellen took action.

“He put his head down and I drew back, got my anchor point, breathed for two or three seconds, looked down my peep and slowly squeezed my release,” Kellen said. “And then, it goes off!”

The buck ran hard, with the arrow still in him, and disappeared into the switchgrass. So after a little bit, Kellen climbed down and headed to the truck to meet his brother and father. After reviewing the footage, they decided to head in and recover what looked to be a well-hit buck. And they weren’t disappointed. Soon after finding his arrow, Kellen and his family walked up on his buck of a lifetime.

“I put my hands on him and just couldn’t believe it was real.”

To read the extended version of the hunt in Kellen’s own words, check out his Deer of the Year entry here. Upload a photo of your own 2014/2015 buck for a chance to win great gear from Gerber and land your deer on the cover of Outdoor Life magazine.

Can’t get enough footage and photos of big bucks? Check out these rutting bucks and learn about their behavior during the best weeks of the year. Check it out here.