My soybeans are pathetic. Spotty. Limp. Weak. I shouldn’t be surprised. I’ve attempted to grow soybeans for food plots twice... 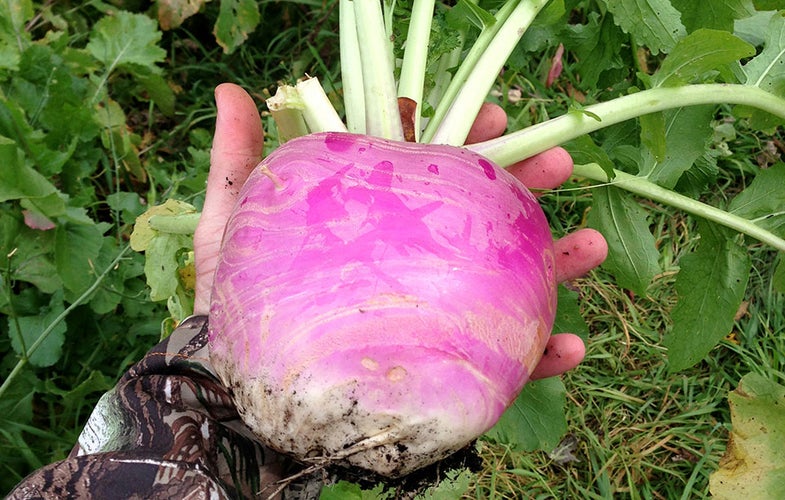 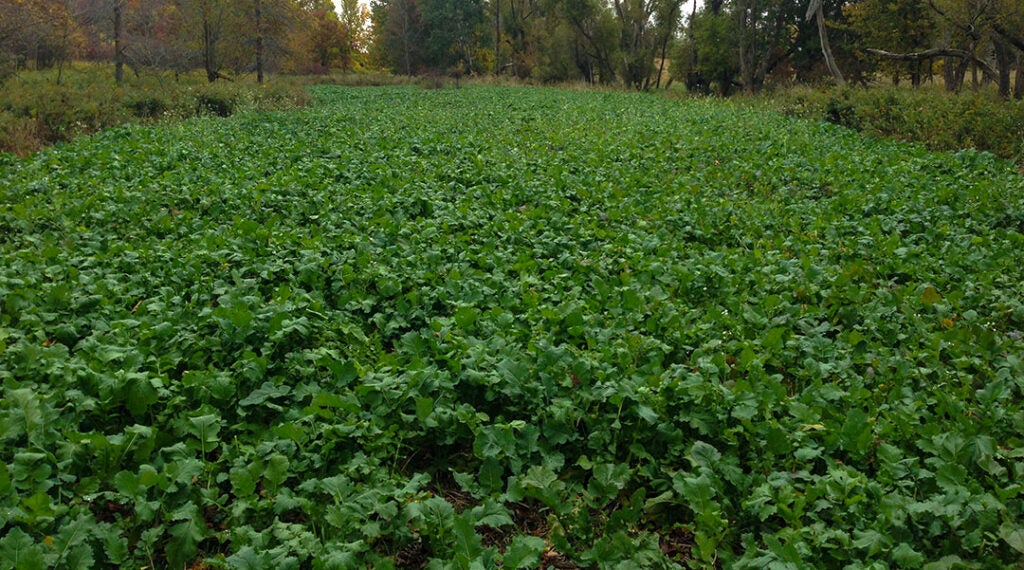 My soybeans are pathetic.

I shouldn’t be surprised. I’ve attempted to grow soybeans for food plots twice before, and the results were the same. I suspect a combination of factors are involved, not the least of which is the fact that I broadcast the beans. I’ve heard from multiple farming friends that soybeans were meant to be drilled.

At any rate, I’m looking forward to putting my fall plots in the ground. Because, for whatever reason, I’ve had pretty good success with this type of planting in the past. The system I use is pretty simple: Give deer something green when the beans are brown. And that green stuff should be high in sugars. For that, oats fit the bill just fine.

Dealing with a 17-acre parcel, I don’t have a ton of acreage to devote to food plots. And as explained in previous posts, my goal of these plots isn’t simply to provide something good to eat. They’re intended to create edge cover and travel corridors as well.

By making plots that are long and narrow, I’m able to utilize more of the ground for plots than I would if I were to simply clear a traditional opening. And, of course, those long, skinny plots are much easier to hide into the landscape and minimize any loss of cover or huntable area.
I worked the plots in the spring. I started by renting a PTO-driven tiller that was pulled by my 1961 Allis-Chalmers D17—a steal of a deal that my buddy Tyler’s grandfather sold to me for $1,500. (I did not include the cost of the tractor into the Bottom Line budget, below, because it’s a long-term equipment purchase.)

After working the ground, I sprayed as soon as the first shoots of green started to appear a week or so later. In preparation for planting, I sprayed the plots again last weekend. In a week or so, after the glyphosate has a chance to work its weed-snuffing magic, it’ll be time to plant.

But what? Well, yes, oats will make up a large part of the mix, but they won’t play this game solo. My goal is to offer something attractive and palatable from September through December. More specifically, I want to have the go-to food source during each phase of the hunting season.
Oats are almost unbeatable in September and October. But they’re easy to over-browse and I simply don’t have the acreage to sustain heavy browsing pressure.

And now, a few words about brassicas: I hate them. I realize I’m probably raising a few hackles here. But I’ve planted all manner of brassicas and I have yet to see them do a damn thing good. Sure, the tops have seen some limited browsing. And, yes, a few deer nibble at the turnips in the winter. But I’ve grown turnips the size of small children. And those things were rotting on the ground come turkey season. 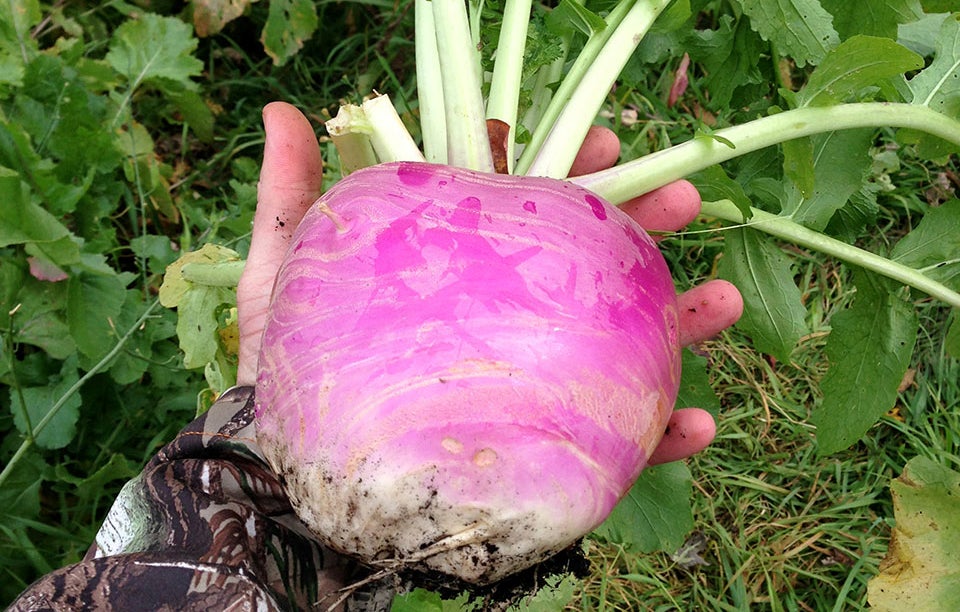 I’m sure some of you have seen killer results from your brassicas. Me? I think they’re a colossal waste of time and money and offer almost no attraction during October and Novemeber, which are the key months I prefer to hunt.

Thus I’m trying to install a blend of forages that mature and attract during different stages of the season. And I’ll do it by splitting each plot in half, right down the middle.

On one edge, I’ll sow oats and forage soybeans. These will be good in September and October.

On the other half, a blend of winter rye, barley, barley and, yes, a modicum of turnips and brassica. This blend will offer something attractive in November, and should continue to provide forage into December. The original plan was for the spring-planted soybeans to do the December deed. But, as stated, they’re just not delivering.

So I’ll rely on the barley and brassica tops to stay somewhat green, and the turnips will have fully developed by then. The winter rye will offer a lush green food source even when covered in snow.

And what about my withering soybeans? Well, come early October, I’ll top-dress those beans in winter wheat, which should be popping up and providing solid forage during the winter.

All of this can be planted with nothing more than hand tools, which is a good lesson here. You don’t need a tractor, disc, or tiller. In fact, prior to buying the D17, I planted every other food plot I’ve ever worked without any heavy equipment. Most of my best plots were established with nothing more than a hand sprayer filled with glyphosate and a garden rake.

The key is to kill every weed in the plot and make sure they’re stone dead. Don’t till the ground. Instead, use small-seeded forage like brassicas, clovers and the like. Broadcast right on top of the ground and then rake it in. If you can do it before or during a rain, all the better.
All of those dead grasses and weeds will act as a sort of moisture barrier, protecting the seed and holding ground moisture in. It works splendidly.

The goal of The Micro Manager is to see if we really can turn 17 acres of ho-hum ground into great deer hunting land. But we’re also going to try and show that such things can be done on a tight budget. I’ve set a limit of $1,500 for this year’s habitat work expenditures. Each week, we’ll keep a running tally at the end of each entry. Here’s the current tab thus far: