The Second Rut: How to Kill a Late-Season Buck

The whitetail rut is nearly upon us. And yet, for all it does to make bucks act careless or even... 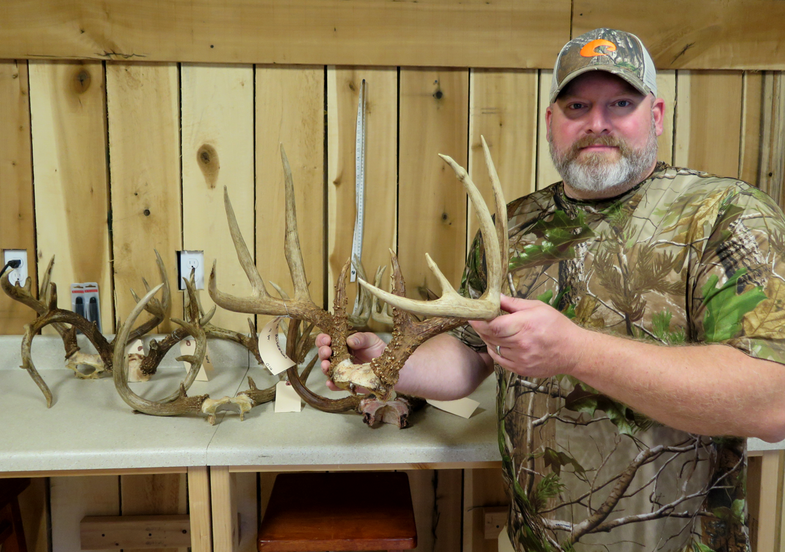 The whitetail rut is nearly upon us. And yet, for all it does to make bucks act careless or even downright stupid, some of us will emerge from all that doe-chasing craziness still clutching an unpunched buck tag. Worse yet, it’ll likely be stifling cold, and it might even be snowing sideways. Is it time to pack up the gear, dream of the future and watch football?

Wrong move, says Harry Pozniak, owner/operator of western Kentucky-based River Valley Farms. Pozniak says late can be a great time to waylay a big buck with your bow, if you know where the local deer are hanging.

“If you want to kill a buck in late season I think your plan is relatively straightforward—you’ve got to find the preferred bedding and feeding areas,” Pozniak says. His personal definition of the late season stretches from mid-December on.

“Another factor for us here in western Kentucky, is what I like to call the second or third rut,” Pozniak continued. “And this is usually a much more visible rut than our primary rut that occurs in November, and that’s because it’s the younger does that are coming into estrous later, and they’ve never experienced a breeding cycle before.”

The net result of that inexperience means the younger hot does are running wild all over the place: crossing open fields and other areas of sparse cover, as they attempt to evade pursuing bucks. It’s a stark contrast, Pozniak says, to the response of older does coming into estrus during the primary rut. The cagey veteran does know that the way to escape hounding by rutty bucks is to head straight for the thickest cover possible—where most of them also escape the notice of most bowhunters. The woods at that time can seem empty.

“So the answer in late season is to set up where those younger does are, and that’s on a primary food source, in the afternoons,” Pozniak said. “And at that time of the year the morning hunts are also pretty cut and dried; you want to be on the edge of their bedroom, to catch them coming back in there from the fields.”

Pozniak said with the right conditions, morning hunters can see action any time from sunrise to about 10 or 11 a.m., with the extended action typically coming in the coldest, nastiest weather of the season.

“And the colder the better,” Pozniak says, to prolong the period deer are on their feet in daylight.

Hunting the area’s primary food source seems relatively straightforward but can be tricky in practice, the veteran outfitter says. While Pozniak depends on a battery of game cameras to pinpoint deer movement throughout much of the season, he pretty much avoids their use late. Reasons include deer being ultra-wary to human intrusion at this time, after a long hunting season. Even occasional camera checks can force deer to go nocturnal.

“My deer are not pressured on the leases we hunt, but if your deer get hunted hard you’ve got to be smart about scouting. Even on my leases during late season I like to stay back and glass the primary food fields, which allows me to determine the preferred trails deer are using, because they won’t be using the main trails.

“In my opinion, here in Kentucky, standing soybeans is the best late-season food plot you can have. If I had one to pick from that’s all I’d plant. Oats are also good in winter; I’ve also experimented with turnips and they grow great, but deer just don’t seem to like them here.

“For late-season stand sites, I’ll use both treestands and ground blinds, and I’m so familiar with my grounds that I’ll start setting them up in September and October. For ground blinds I like Primos Double Bull models, and I prefer them for their durable material, their quiet window systems, their roominess, and the warranty. But they last. I’ve been using some for 10 years, and I use them about three months each year. But I take care of my stuff, I make sure to clean, dry, and store them. If you leave them out in winter, snow will kill them. But regular maintenance on all your gear will save you in the long run.

“For all your sites you have to be sure to play the wind, and in this neck of the woods, at that time of the year, we set up for southwest or north winds. If it’s different we stay out. Deer won’t tolerate much of anything at that time of year. I only take about four hunters late, and it’s a nice low-key hunt. When conditions are right you can see a lot of deer, but when the conditions are wrong, we might go rabbit or pheasant hunting.”

“For all my late-season hunters, I advise them to dress appropriately, be ready for snow and rain. This is a ‘sit and wait’ game—you’re not being aggressive. But the luxury is, you know where the deer are going. And that’s why hunters need to be quiet. Sure, carry a grunt call, but use it softly. And if you rattle, just tickle the tines together. Overall, calling should be very light.

“Late is also a great time of year to take inventory of your deer herd on those ag fields, to see what bucks have made it through, which ones are run down. They all tend to look pretty haggard, but you can see if a deer has a broken leg, or a substantial wound. What’s kind of cool is that you’ll see the does that have left yearlings will be getting back together, and the bucks are getting back together. It’s cool to see it come full circle. Also, the later it gets, from about January on, I like to hold off shooting does, because by that time they’re bred.

“And if your hunting land doesn’t have a primary food source? My advice is don’t even go hunting in late season. I’ve got some farms that I won’t hunt late because there are no food sources there…and the deer are going to seek out those sources. During the late season it takes more than a bait pile or a mineral source to hold deer on a specific property. The deer need more than that.”