The decision has been made. I’m planting corn. What I must now determine is the variety of corn that I’ll... 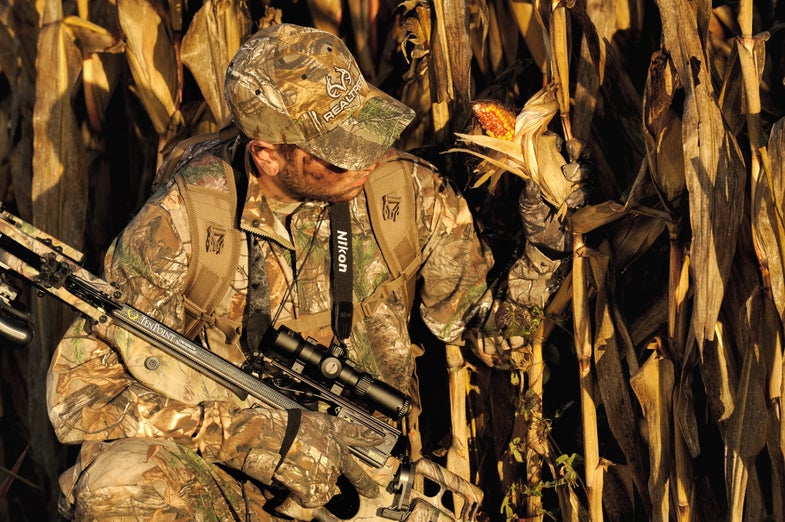 The decision has been made.

What I must now determine is the variety of corn that I’ll plant.

A couple of months ago, as deer season was winding down, I posted an entry about some of the lessons learned from the results of the habitat work conducted on Noah’s Farm thus far. The most obvious of those lessons was that the efforts I’ve made to improve the property’s holding capacity have not yet produced acceptable results. This makes sense given that the cover was just planted last spring as bare-root seedlings. They need more time to mature. But I’m not an exceptionally patient guy. I need to see some results. I need more cover.

At the same time, it was also readily apparent that I need to provide more food.

Seems like a simple enough formula, right? Well, with just 17 acres to work with on Noah’s Farm, it’s a formula that’s more difficult to master than you might think.
Last fall, I had roughly two acres planted in long, narrow food plots. These “steering” plots did a good job of defining deer movement through the property while minimizing the amount of area cleared and thus reducing the available security cover. The amount of forage those plots provided, however, was minimal. Part of this can be attributed to a cold summer that created less-than-ideal growing conditions.

I also planted a patch of soybeans about ½-acre in size. I tried to fence the beans off from deer while the plants were developing with moderate success. It’s this opening that will become the starting point for this year’s corn patch.

It became clear fairly early in the fall that I wasn’t drawing deer as hoped and the plots weren’t contributing much to the overall attraction of the property. Meanwhile, some buddies who own land nearby were seeing excellent results from their patch of weedy corn. Deer were pounding it.

A few miles away, another neighbor was seeing identical use of his corn patch – local deer were using the patch as both a food source and an area of security cover during gun season.
What was most interesting was this: Both of those corn plots were located in an area covered with standing corn that deer were all but ignoring.

The difference? The food plot corn was a non-GMO (genetically modified organism) variety. The ag fields were sown with glyphosate-resistant (GMO) seed.

I first heard of the GMO vs. non-GMO debate from my corn-planting buddies about two years ago. They are part of a livestock-owning community and had noticed something strange: Corn harvested from fields planted with “cheap” seed (meaning it wasn’t Roundup-Ready) was clearly favored by the horses and cattle it was being fed to. To prove it, they showed me video of livestock being offered buckets of each corn type. Every time, the non-GMO corn was favored.

I’m not a farmer. I have only a very basic understanding of seed varieties. To better understand the differences, I’ve done a fair amount of research and there does seem to be something to this notion that there are tangible differences in the drawing power of varying corn varieties in both livestock and wildlife.

Obviously, deer will (and certainly do) eat GMO corn varieties, that point is not in question. But my buddies – and others – are seeing deer pass by large fields of GMO corn to eat and spend time in their small non-GMO corn patches. The theory for this that makes the most sense to me is that non-GMO corn varieties are higher in sugar content than modified versions.

But do different varieties of non-GMO corn also vary in sugar content? If so, will I draw and hold more deer by using one variety over another?

In fact, it’s this idea that I intend to explore most while I wait for the snow to stop falling and planting time to finally arrive.

With just 17 acres to work with, I need to maximize every acre for BOTH food and cover.

Based on what I’ve observed with my friends’ corn patches, I can provide both with a well-planned planting of corn.Corn can provide excellent cover, particularly when planted in a manner that allows weeds and grasses to establish between the rows and, of course, is a top food source.

But what if I can actually plant a variety of corn that is preferred over other varieties? Will that not give my plot the leg up on other food sources in the area?

I’d already decided to plant corn this spring. But now I’m leaning heavily towards planting a non-GMO variety after seeing results from such plots first-hand.

I’ve reached out to a couple of local seed dealers and I’m hoping they can provide some details regarding the difference in corn varieties. Until I have more to report, I’ll leave you with this question: Do you have any experiences to share regarding the drawing power of different varieties of corn?

Do you think deer really do prefer non-GMO varieties? If so, is it because of sugar content? Or is something else at play here?