I was looking at the weather forecast for the next week and saw that the polar vortex is going to... 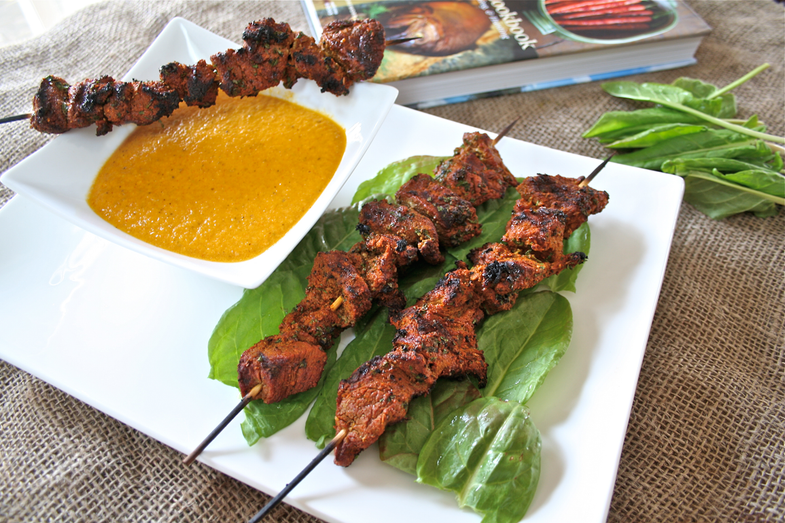 I was looking at the weather forecast for the next week and saw that the polar vortex is going to be pushing its way down to Minnesota again this upcoming weekend. What does that mean? It means today is 63 degrees and sunny but by Saturday we may be seeing temps below zero according to one weather alarmist I was listening to. I figured I had better take advantage of the sunny weather while it lasted—so I broke out the grill for some early spring grilling.

I have some bison that I have been trying to make my way through and because it is a very versatile meat I decided to try a recipe out of a new cookbook that I recently received to review. The Field to Table Cookbook by Susan Ebert is loaded wonderful looking recipes for all kinds of game. (Stay tuned for a full review soon.) One of the recipes that stood out to me was a recipe for spicy duck skewers. Since I didn’t have any duck (I’m all out, unfortunately, and the season is still 6 months away), I thought I would substitute bison.

According to the recipe, this dish originated in Peru and is traditionally made with beef hearts—that’s why I figured I could get away with swapping the duck for buffalo. Truthfully though, after making this, I can easily see how this recipe would be delicious on just about any kind of meat. As a matter of fact I have an elk heart in the freezer that I might need to try this with next.

The spice rub of turmeric, smoked paprika, and cumin really stands out and, by itself, would have been fantastic. The real star however is the charred pepper dipping sauce that goes along with it. The same flavors of turmeric, smoked paprika, and cumin mix with the sweetness of yellow peppers and some acidity from vinegar, combining to make a powerful dipping sauce that is suited for the hearty red meat. Put the two together and you have a combination that will make you sing. Give it a try with whatever kind of meat you have in the freezer—it was 100 percent worth it. 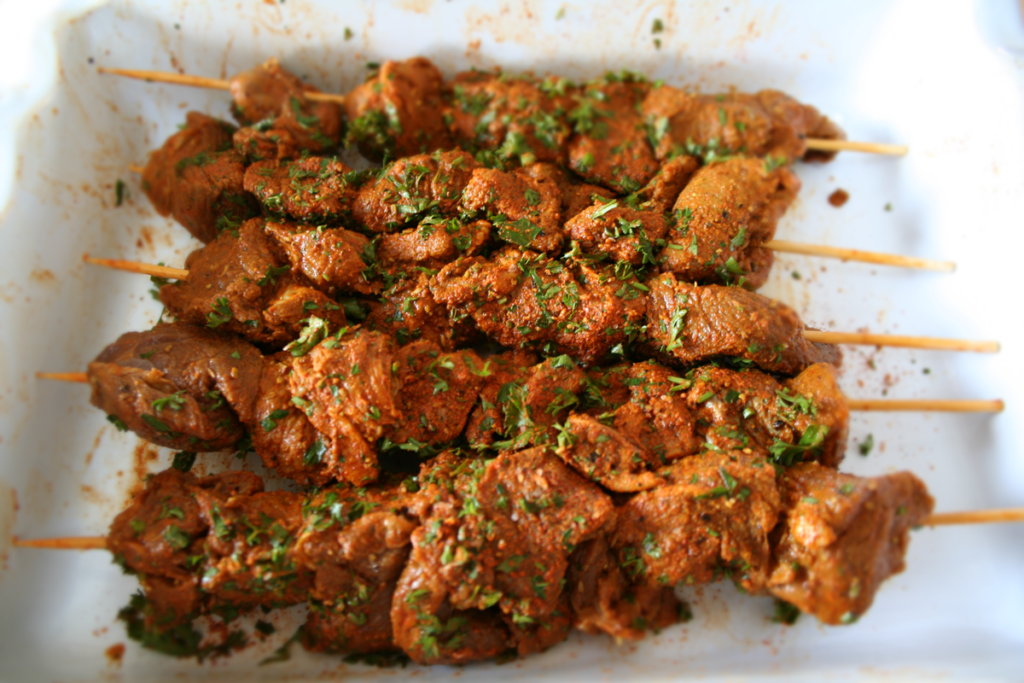 Combine the salt, pepper, cumin, paprika, and turmeric, and then divide the spice blend in half reserving the second half for later use. Then mix half the spice blend with the red wine vinegar and the meat and marinate overnight.

After the meat has marinated, place the meat on skewers, and combine the remaining spice mixture with the chopped parsley. Rub the parsley and spice mix on the meat and then grill over high heat for 2-3 minutes per side. Serve with the dipping sauce. 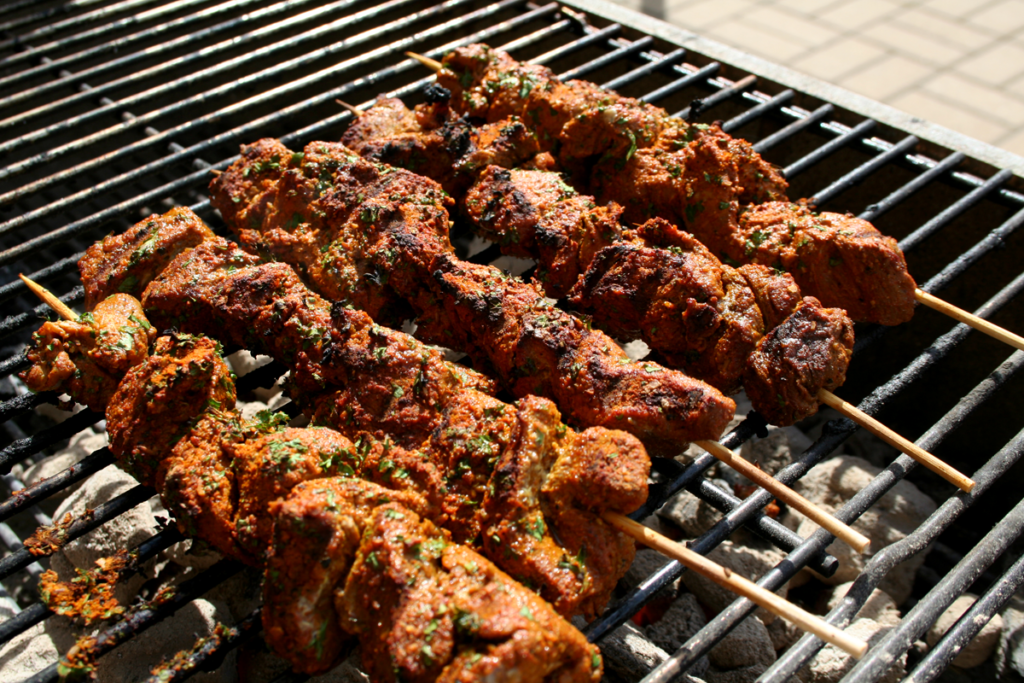 Char the peppers under the broiler until black and blistered all over. Place the peppers in a large zip lock bag and let sit for 10 minutes. When the 10 minutes are up, peel the charred skins of the peppers, cut open, and remove all seed and veins from inside. Transfer the peppers to a blender and add the remaining ingredients to the blender and blend until smooth. Taste and adjust seasoning as necessary, then set aside until ready to use.