Sharks Smell. Just apparently not as well as we once thought. Common belief – as well as movies, TV, literature... 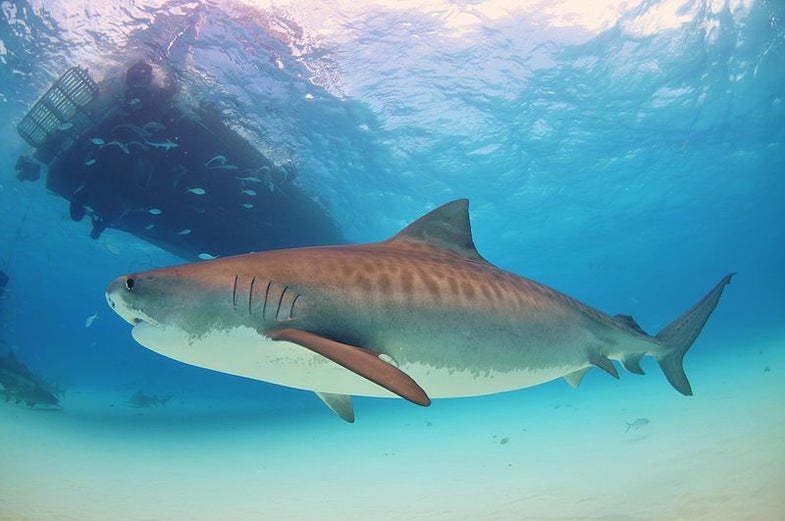 Just apparently not as well as we once thought.

Common belief – as well as movies, TV, literature and comics – has always held that sharks were the bloodhounds of the sea, that they were able to detect a single drop of blood in an immense amount of water from miles and miles away. While that may actually be true, it turns out that this evolutionary skill may not be better than any other fish in the sea.

Unlike humans, who both smell and breathe through their nose, sharks have separate openings for breathing and smelling. Breathing is handled by gills while front facing nostrils siphon water into a nasal chamber where smells are detected. Because the amount of tissue in a shark’s nasal chamber is far greater than it is in other fish scientists have always assumed that sharks had a better sense of smell. According to a study conducted by Tricia Meredith, a biologist at Florida Atlantic University in Boca Raton, that’s not necessarily the case.

Meredith’s test (Which was far too detailed to even attempt to explain here. And let’s be honest, you probably wouldn’t read several paragraphs about elasmobranchii and their response to 20 different amino acids would you? I didn’t think so. Let’s get back to Meredith’s test.) showed that sharks were no better at detecting smells than other like species. In fact, none of the fish tested could fare better than to detect one drop of scent dissolved in one billion drops of water. This less than legendary sensitivity may actually be a good thing for sharks.

If sharks could detect smells at a lesser concentration their senses would constantly be overloaded and they wouldn’t be able to differentiate between a potential meal and aquatic flotsam and jetsam.

As Meredith explains, “Imagine you were super-sensitive to sound, and you could hear whispering really well. That would be awful if you always lived in a room with a stereo blaring.”

So the next time you find yourself bleeding in the ocean, remember, not only can the sharks smell you but so can everything else!

Does this info make you feel better or worse about swimming with sharks? Catching them?