The secret is out. Hornady has a new long-range bullet for hunting called the ELD-X, for extreme low drag. Why... 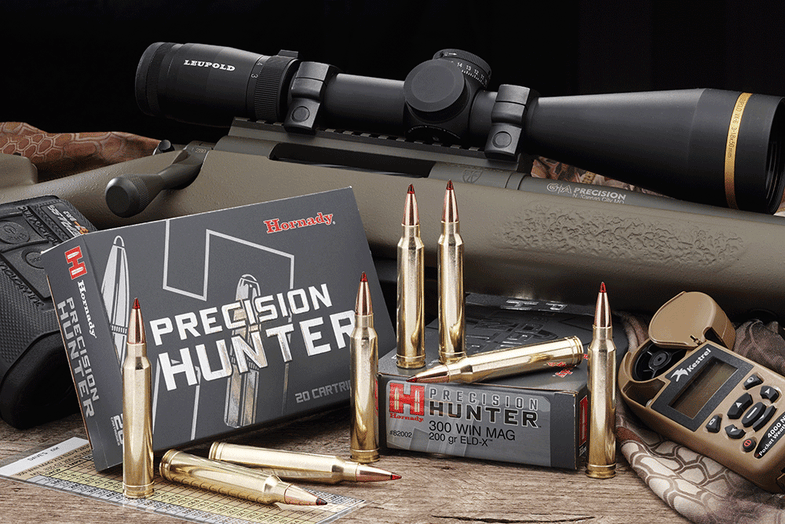 The secret is out. Hornady has a new long-range bullet for hunting called the ELD-X, for extreme low drag. Why is this a big deal?

Well, during the development of this bullet, Hornady says it uncovered a problem with current tipped bullets, specifically those with high ballistic coefficients (G1 B.C.s of .5 and higher). Basically, after 150 yards or so the tips on these bullets were melting. And that it happens to every high B.C. tipped bullet on the market. (Note, this doesn’t happen with bullets with lower B.C.s because they don’t retain their velocity long enough for sufficient heat to build up at the bullet tip for the material to melt.)

I’ll get into more detail in this in a moment, but Hornady’s answer was to come out with a new tipped bullet, using a patent pending material Hornady is calling Heat Shield, that stays intact and delivers better accuracy. Prices have yet to be set, but Hornady says the ammo will cost about $1 more per box of 20.

Hornady is offering the new ELD-X bullets in a line of ammo called Precision Hunter that will be loaded in the following cartridges:

* Muzzle velocities listed with an asterisk are estimates as Hornady is still developing these loads.

Hornady is also releasing these bullets as individual components, along with a number of other bullets in the ELD-X line. Here are the calibers, grain weights and B.C.s.

* The B.C. on this bullet is an estimate as Hornady is still developing this projectile.

Here’s a little more background on how this new line of bullets came to be. As you might guess, having the tip of your bullet melt off during flight is less than ideal, as this will alter the bullet’s B.C. leading to issues both with accuracy and with the ability of the shooter to correctly predict bullet drop with a ballistic calculator.

This variance in B.C. is how Hornady learned about the problem in the first place.

While profiling bullets using a Doppler radar system, Hornady noticed that the drag on tipped bullets was increasing as their speed dropped in a way that didn’t make sense. (When charting drag vs. mach speed, the curve is supposed to have a concave profile, but the curve with the high B.C. tipped bullets was convex.)

After experimenting with new tip materials, Hornady achieved results that not only conformed to the correct concave drag curve but that offered more consistent drag coefficients from bullet to bullet.

Better yet, Hornady says these bullets are exhibiting excellent terminal ballistics in gel, both at high-speeds (3,000 fps and up) all the way down to 1,600 fps, which would represent the impact velocity on a very long shot. The way the bullet is designed, hunters can expect to see 50 to 60 percent weight retention at close ranges with high impact velocity and more weight retention at long ranges with lower impact velocity. (Spotty terminal ballistics is one of the issues with shooting game with match bullets, which might have great accuracy but are not designed to expand or penetrate animals in a consistent manner.)

Additionally, Hornady is coming out with a line of ELD Match bullets in 2016 as well. These are the four bullets in the Match line.

Hornady will load two of these bullets in factory ammo:

All this is good news for long-range shooters and for hunters who might take animals at extended ranges.

As an added benefit, now that Hornady has a Doppler radar system to use, the company says it will be verifying the B.C.s on its bullets, publishing 800-yard averages and correcting the B.C.s for standard atmospheric conditions, meaning the B.C.s will reflect shooting at sea level at a temperature of 59 degrees. This should give shooters much better data to employ when creating drop tables for their loads and when using ballistic calculators.

I will be getting a batch of these new bullets shortly, and as soon as I have a chance to load and shoot them, I will report back here.