life)** and Twitter with #OLmyfavoritegun, or submit them to our Facebook page._ Some shooters have defined their favorite gun as... 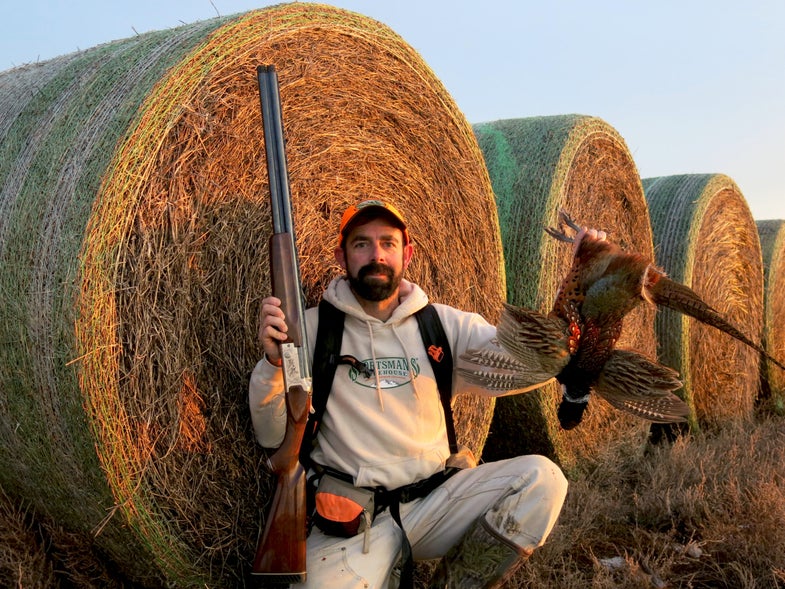 Some shooters have defined their favorite gun as one that would be impossible to replace, and while that’s a pretty good metric, I have too many of those specimens to choose a first among peers.

So I’ll default to utility. For me, a favorite gun is dependent on the season, and time of life. A month ago, when deer and elk season here in Montana was going full-tilt, I probably would have picked a nimble, accurate centerfire bolt rifle. A decade ago, I might have chosen a competition AR. Next year, it might be one of my father’s vintage lever guns.

That’s a preamble for my somewhat surprising pick. It’s upland bird season here, and what non-locals don’t know is that the pheasant hunting gets better and better the longer the cold and snow continue. Roosters bunch up in cattails, and I’ve been chasing wild—really wild—long-tailed roosters most nights after work. The gun that stays in my pickup these last weeks: a 12-gauge over-and-under shotgun, the Winchester 101 Light. At least at this moment, this is My Favorite Gun.

There’s a lot to recommend the 101. For starters, the model has some serious heritage. Winchester started manufacturing the 12-gauge 101 in 1959, and successfully marketed it as an alternative to the upland standard of the time: sidelock side-by-side shotguns. The fact that most upland guns today are over-and-under owes a lot to the early and sustained success of the strong, simple, elegant 101.

But that’s not why this is my favorite (shot)gun. I love it for its handling, its reliability, and its simple good looks. The Light is seriously light – I have the 26-inch-barrel model, which weighs right at 6 pounds. Seriously light, especially for a 12 gauge, which is why I reach for it any time I know I’m going to cover ground in search of birds. That includes sharptail grouse and CRP pheasants, mountain grouse, or rimrock chukar partridge.

The gun points like a subgauge side-by-side, and it swings like a long-barreled goose cannon. It opens easily and ejects shells with vigor. Its backbored forcing cone and Invector choke tubes (I replaced the Winchester tubes with custom Trulock tubes) consistently pattern both light and heavy loads. The inertia triggers are crisp, and have never either failed to fire or have inadvertently doubled. And it’s made in Belgium, like so many classic Winchesters were—and are. I’m sad to say that the Light is no longer in production (which qualifies it for the hard-to-replace consideration). Winchester still makes the standard 101, which is a great gun, but it’s a full pound heavier than my Light.

The wood on my 101 is a little plain and proud, the glossy finish is a little bright, but the stock has worn into its work, and is covered with scratches and dents from years of honest use. What remains in mint condition are the simple engravings on either side of the compact nickel receiver: flushing quail on the right, roosters on the left, and a spaniel holding a bird in its mouth on the bottom. Classic.

There are some other fine touches: the screws holding the forend latch are both indexed, aligned with the axis of the gun. And the white-stripe Pachmayr recoil pad is both a nod to the 101’s higher pedigree, and an acknowledgment of the whump that the lightweight gun gives to the shoulder when firing stiff loads.

I have fancier double barrels. I have more utilitarian pump and semi-auto shotguns. But for a mix of the two, I find myself reaching for my 101 Light more often than I expected. And to me, that’s the best measure of a favorite gun. At least for this season.