Imagine how little a student would progress if ­every time he raised his hand in class, the teacher punched him... 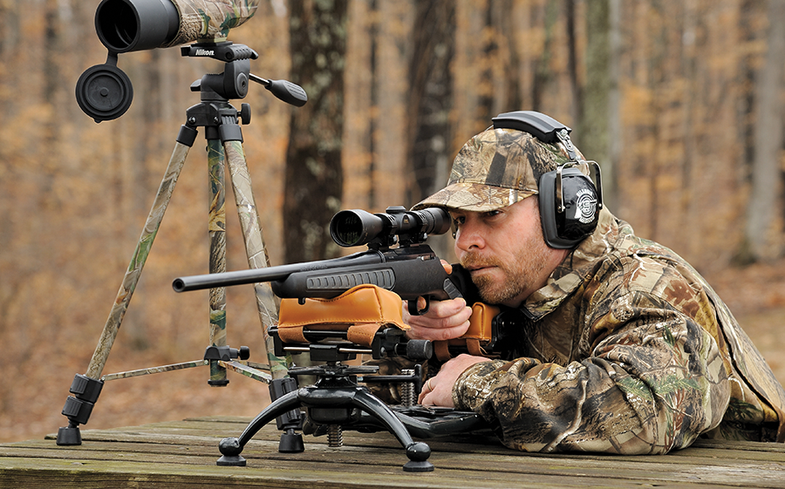 Imagine how little a student would progress if ­every time he raised his hand in class, the teacher punched him in the shoulder. Without a positive response, no student, 9 to 90, ever learns his lessons and in fact will quickly backslide. That principle applies to learning how to correctly shoot a hunting rifle, too.

Any significant kick hampers a student from moving forward. A young hunter who has been socked in his skinny shoulder a dozen times has little focus on trigger control or a steady aim when dreading the impending punch. Instead, he cringes and yanks the trigger.

Practicing before deer season this year, my son Dylan gripped the stock of his Mossberg .308 Winchester like it was an ax handle, worried about shooting well and anticipating the hard recoil. He relaxed when I told him the reduced recoil .308 loads he was going to shoot kicked about like a pat on the back. After a few shots his bullets started clustering in the sticking point of a deer target at 50 and then 100 yards. Dylan has shot about 125 of those mild .308 loads now, and he’s well on his way to becoming a capable shot.

Shoot Right
Using the correct shooting stances and equipment can further reduce felt recoil and the tendency to flinch. Here are three tips to help:

1. Sit or kneel: Hunched over a bench, a body is rigid and absorbs all of a rifle’s recoil. Shooting while sitting or kneeling allows the body to flex and roll with the recoil. A long-legged bipod is a great way to steady aim from these positions.

2. Add a pad: A 1-inch recoil pad, like a Pachmayr Decelerator, absorbs recoil to the shoulder. A pad on the comb increases cheek contact and prevents the comb from gaining a running start at the jaw.

3. Double plug: Muzzle blast is the startling part of recoil. Minimize it by wearing ear plugs together with muffs and shooting glasses to shield your eyes.