The fact that black bears grow big in Pennsylvania is not news. Outdoor Life has been reporting on giant bear... 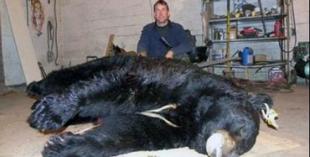 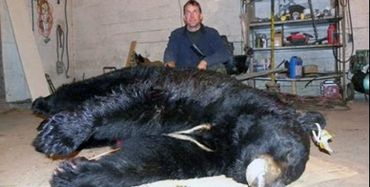 The fact that black bears grow big in Pennsylvania is not news. Outdoor Life has been reporting on giant bear kills forever, but here’s one that might take the grand prize according to our sources in the Keystone State. The bear and circumstances around its demise are currently being checked out by the Pennsylvania Game & Fish Department, but holy cow what a bruin….the Pocono Record reports…

The heaviest black bear ever recorded in Pennsylvania was shot and killed by a bowhunter just north of Fernwood Resort in Pike County on Monday.

The Pennsylvania Game Commission confirmed that David Price of Barrett Township killed the 17-year-old bruin, which had an estimated live weight of 879 pounds. The bear had a field-dressed weight of 744 pounds.

Price’s bear was 15 pounds heavier than the state’s previous record holder, a 864-pound bear killed by Doug Kristiansen of Dingman Township in 2003. That bear was also shot in Pike County.

“This bear could be No. 1 in the world,” game commission spokesman Tim Conway said of Price’s bear.

The world record is determined by skull size. After 60 days, the bear’s skull will be measured to determine where it will stand in the record books. The world record skull is more than 23 inches wide, Conway said.

Attempts to reach Price on Thursday were unsuccessful.

Every year bears killed in Pennsylvania are entered into the Boone and Crocket rifle record books. Bears that have a skull measurement of 20 inches or greater are eligible.

This bear is unique and will be remembered because it was killed during Pennsylvania’s first statewide archery hunt and could be ranked as high as No. 1 in the Pope and Young archery records.

Since 1992, six bears weighing at least 800 pounds have been killed in Pennsylvania.

Price’s bear was known to game officers in both New Jersey and Pennsylvania. It was captured and tagged in New Jersey, but never in Pennsylvania, Conway said.