How to Hunt Bears Without Bait or Dogs

Modern-day black bear hunters are faced with a conundrum. Populations are on the rise across the country, yet baiting, one... 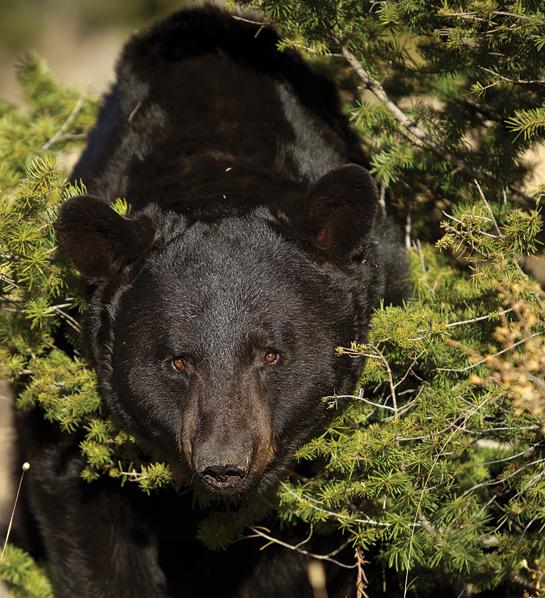 Modern-day black bear hunters are faced with a conundrum. Populations are on the rise across the country, yet baiting, one of the most effective bear management tools, is only permitted in 11 of the 29 states that have bear seasons. So what’s a serious bear hunter to do?

Although black bears are omnivores, plant matter, nuts, berries, and farm crops make up 95 percent of their diet. From the High Plains to the Midwest to the Northeast, black bears demonstrate a seasonal affinity for specific food sources–often returning to these areas until the forage supply is exhausted. Finding and targeting these sites is how three of the country’s most successful bear hunters score each season. Their expert advice can help you tag out this fall no matter where you hunt.

West: Berries
Montana native Jon Kayser knows that fall bears are slaves to their sweet tooth. As the late-summer days wane, you’ll find bruins wherever they are capable of packing on the pounds before the cold weather sets in.

“Here, we find bears feeding heavily on huckleberries early in the fall,” says Kayser. “Any bear scat you find will likely be filled with bits of berry skins. The secret is to take horses up into the high country so you can glass the open basins for feeding bears at first shooting light. They will be gorging themselves on huckleberries until the sun comes up.

“Plan a stalk that takes the rising thermals into consideration,” Kayser adds. “But be careful not to be picked off by a bear’s beady eyes. They have a reputation for having poor eyesight, but don’t you believe it for one moment. They can see a camouflaged bowhunter a full mile away!”

Midwest: Oats and Corn
“Here in the Midwest, active agricultural areas–especially corn and oat fields–are highly prized by black bears,” says Richard P. Smith, author of Black Bear Hunting. “Bowhunters should have little trouble gaining access to farms because of the extensive damage bears can do while feeding–they can flatten oat stalks, making it difficult to harvest those areas.”

Bears can often be seen feeding in oat fields from quite a distance, allowing a careful bowhunter to put the sneak on a preoccupied bruin.

“Cornfields are another matter,” says Smith. “Bears often don’t enter standing corn until dark, making it difficult to ambush a bruin on his way to the field. A better plan is to locate heavily trampled exit routes and erect a stand nearby. Plan to ambush a bruin in the early morning as he leaves the cornfield to bed down for the day.”

East: Apples
In Maine, black bears thrive in the thick bush, making a spot-and-stalk bowhunt difficult. Berries? Bears love them, but by the time the season opens, the crop has long since peaked. That’s why veteran hunters like Scott York of Spruce Mountain Guide Service (sprucemountain hunting.com) heads to the ridges.

“The solution is to plan ahead,” says York. “We start by scouting the hardwoods and abandoned apple orchards during the summer, and then keep tabs on the mast crop. The chokecherries might be gone, but beechnuts, acorns, and wild apples will attract plenty of bears from miles around. Look for bear trails, tracks, scat, fresh claw marks on trees, and nests [feeding locations] in the uppermost branches of nut trees.

“If you can get off the beaten path, where the bruins have not been disturbed by man, your chances of seeing a trophy bear can be quite good.”