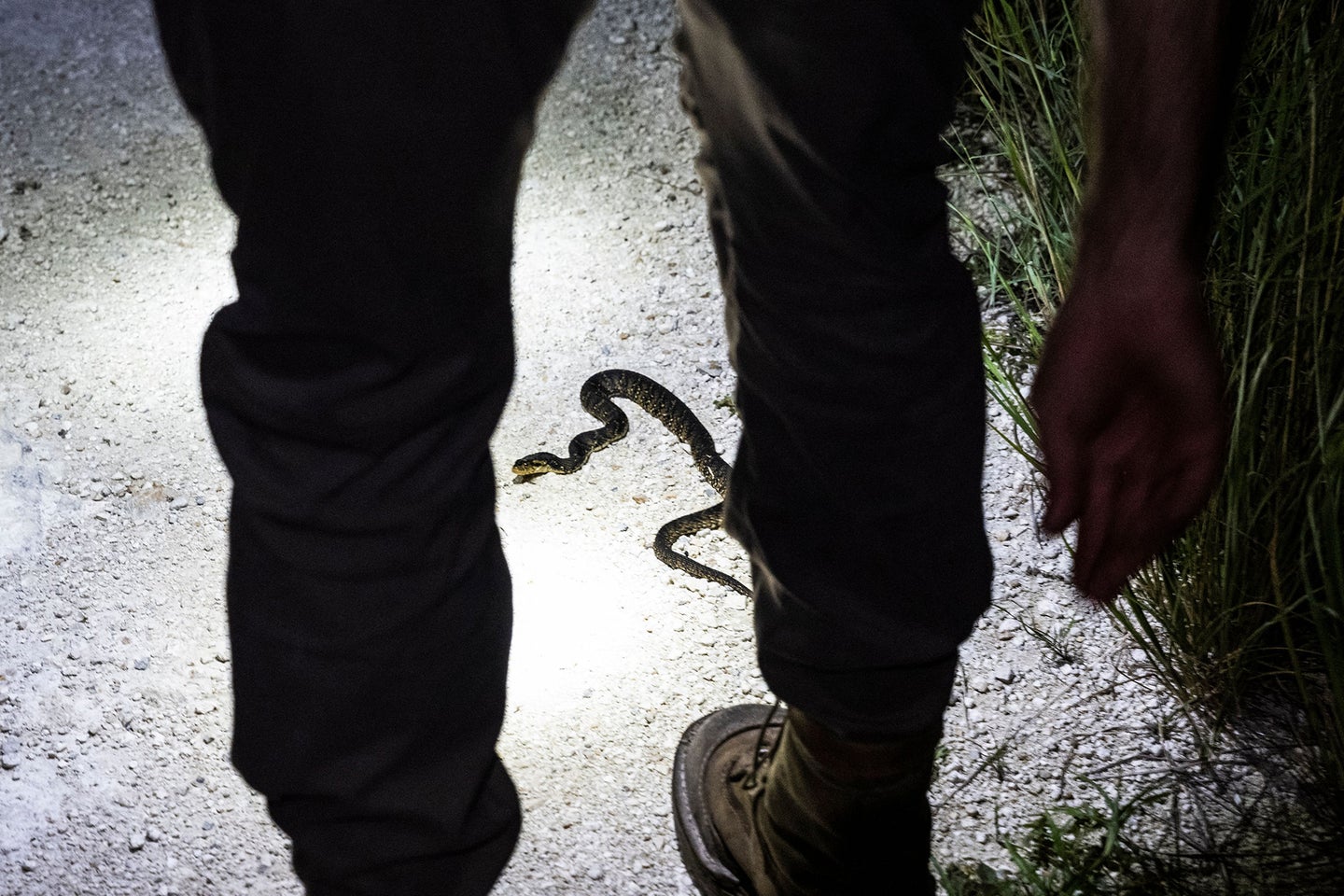 A man was arraigned after attempting to smuggle invasive Burmese pythons into the U.S. in his pants. Chandan Khanna / Getty Images
SHARE

A 36-year-old man from Queens, New York, was arraigned in federal court on Tuesday and charged with smuggling three Burmese pythons into the United States. According to the Department of Justice, Calvin Bautista was accused of riding in a bus across the Canadian border with the three snakes shoved down his pants.

Bautista was busted at the Champlain Port of Entry in upstate New York on July 15, 2018. It’s unclear what alerted border patrol agents to the pythons in his trousers, but investigators said the man did not have the proper permits or permission to bring the snakes into the U.S.

Bautista’s alleged actions were in violation of the Lacey Act, which prohibits the importation of invasive or harmful species into the country. And because the U.S. Fish and Wildlife Service lists Burmese pythons as “injurious wildlife” under the Lacey Act, the charges facing Bautista are significant. (The USFWS defines injurious species as those that could be harmful to the U.S. economy or environment.)

“The charge filed against Bautista carries a maximum sentence of 20 years in prison, a fine of up to $250,000, and a term of supervised release of up to three years,” the DOJ explained in a press release.

The case is being investigated by the USFWS and U.S. Customs and Border Protection. Bautista was released after his arraignment and is now awaiting a trial in United States District Court for the Northern District of New York.

Read Next: A Cottonmouth Ate a Python in the Everglades, and the X-Ray Is Wild

Burmese pythons are one of the most prolific and destructive invasive species in the United States today. The snakes have become especially problematic in Florida, and particularly in the Everglades, where their lack of natural predators allows them wreak havoc on the native food web. Current estimates of their statewide population range between 30,000 and 300,000, and even though Florida’s Python Elimination Program incentivizes people to remove thousands of the snakes each year, it’s become clear to wildlife managers that we’ll never be rid of them entirely.

The snakes grow to gargantuan sizes. Earlier this year, researchers with the Conservancy of Southwest Florida captured the largest Burmese python ever recorded in the state. It weighed roughly 215 pounds and measured 17 feet, 7 inches in length. The conservancy has also documented pythons swallowing prey as big or bigger than they are. They kill by constriction, coiling their bodies around prey and squeezing until it suffocates.