Study That Suggests Chronic Wasting Disease Can Infect Humans May Be Flawed, According to Top Researchers

A Canadian study used "humanized mice" to show CWD can infect humans, but the results might be overstated, according to top researchers in the U.S. 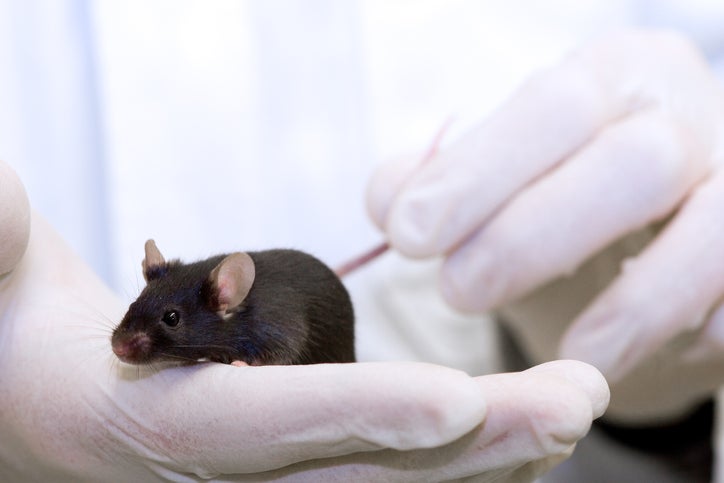 A recent study reported here suggesting that chronic wasting disease may cross species barriers more capably than previously thought is getting a skeptical reception by fellow scientists who question its methodology.

The study, conducted by researchers at the University of Calgary, aimed to assess the potential for CWD to infect humans by using “humanized mice” in place of actual people in the research. The findings, published in the journal Acta Neuropathologica last month, claimed that mice with human prion protein showed signs of CWD following injection of CWD prions directly into their brains.

Those findings raised alarms in the deer-hunting community as evidence that CWD, a fatal neurological disease caused by malformed proteins called prions, might infect humans who eat diseased deer or elk. It’s an important point, because despite years of study, there has been no evidence to date that CWD can cross the species barrier and infect humans.

The Canadian research seemed to suggest that CWD can, under the right forced circumstances, infect non-deer species.

Not so fast, says Dr. Brent Race, staff scientist at the National Institutes of Health Rocky Mountain Laboratories in Hamilton, Mont. A widely respected CWD researcher, Race says the Canadian study may not have followed standard diagnostic criteria, and therefore its conclusions are suspect.

“Myself and other prion researchers have some major concerns over that study,” Race said this week. Its major flaw, according to Race, is that researchers failed to provide convincing evidence that the mice that exhibited signs of neurological disease were infected with a prion disease.

Race explains that the Canadian researchers failed to confirm infection using standard epidemiological tests that he says likely would challenge the conclusions that CWD can cross the species barrier. Failure to apply these “confirmatory tests” should have “been a major red flag. If we observed this same type of data in our laboratory, we could be very skeptical,” says Race.

In other words, Race believes that in order to prove transmission of CWD, test subjects must show clinical signs like disorientation and rapid weight loss and also test positive through standard CWD tests. The Canadian study failed to consistently demonstrate the latter. Bottom line: the study’s conclusions may have been overstated.

“You cannot base prion disease transmission on clinical sign alone,” Race says. “We and others see clinical sings in aged laboratory animals frequently. There must be positive confirmatory tests, preferably more than one of them, in every animal, and that was not the case in this study.”

Does that mean that the study’s conclusion—suggesting the possibility of cross-species transmission of CWD—is flawed? No, only that we shouldn’t assume that it’s happening at the rate that the Canadian researchers report, says Race.

“I will repeat my belief that CWD may end up crossing into humans at a low level,” says Race, who has studied CWD transmission for the past 16 years and has peer-reviewed dozens of studies and articles in scientific journals. “But the Canadian study is not undisputed proof of CWD transmission to humans.”