If I Were America’s Public Lands Czar, Here’s How I’d Fix Access 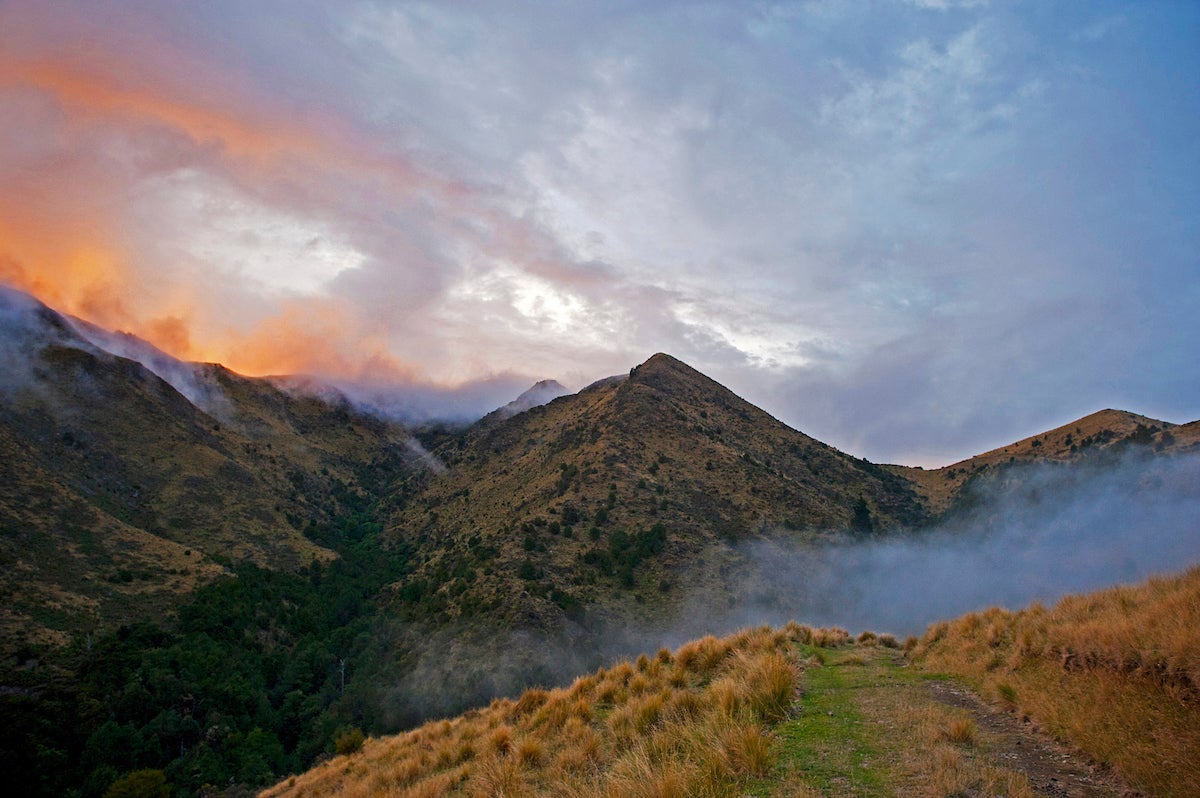 Nearly 20 years ago, I started Outdoor Life’s Open Country program with a simple premise: The lack of meaningful access to the outdoors was keeping us from hunting, fishing, hiking, and exploring as much as we’d like to.

Years before the “Keep It Public” and “Public Landowner” campaigns, Open Country became not only a collection of stories about creative ways of gaining access, but a gala event in which we recognized public agencies and private individuals who had solved one aspect or another of the access impediment.

All these years later, access remains our single-biggest obstacle to more and wider participation in hunting and fishing. But the access equation has changed significantly since those first Open Country awards. Thanks to dogged warriors—many wearing those “Public Landowner” shirts and caps—we’ve gained millions of acres of access to public land in the country. We’ve leveraged technology to deliver maps and land-ownership details at a fine scale, and we’ve created incentives to open more land to more sportsmen and women.

That work, combined with unprecedented visitation accelerated by the Covid-19 pandemic, covered the countryside in hunters, hikers, anglers, and starwatchers. Suddenly, ours was less an access problem than a crowding problem at overloved access points.

The few places left unvisited—landlocked parcels of public land or public sections accessible only by diagonal corners—are steadily being opened to the public, as they should be. But in many cases and places, we’ve succeeded too well. There are few blank spots left on the map, thanks to the wide adoption and granularity of platforms like onX, HuntStand, and goHUNT. Our best campgrounds are crowded, our favorite trailheads are packed, and a composite digital map of our nation would be littered with our waypoints.

The crowding of accessible places isn’t limited to hunters and anglers. It’s affecting the experiences and expectations of overlanders, whose self-contained campers we see on every rural byway these days. And it’s degrading the experiences of backcountry skiers and climbers. Even 4-wheelers, that population of motorized terrain overlords who seemingly have no end to their ambition, are finding fewer untread trails and two-tracks.

The situation is so universal that earlier this summer onX convened a gathering of various public-land recreators. This “Shared Ground” summit was designed to identify what each user group has in common, and to start to find solutions so that more of us can fit in a finite amount of accessible space without affecting each group’s expectation of solitude, good manners, and abundance.

I’ve been mulling various aspects of access ever since that summit—well, really since Open Country days—and in observation of Public Lands Day, Sept. 24, I’m sharing these thoughts. Some are outlandish dreams that have little chance of being enacted. Others are ambitious policies that will require political will to fund and manage. And others are solid ideas that just need champions to push over the finish line.

Let’s put political and logistical issues aside for the moment. Consider me America’s Access Czar, and with a snap of my fingers and an embossed decree delivered by a ruby-throated herald, with accompanying coronets. Here are my commandments:

In my corner of rural northeastern Montana, most of the land is private and in some sort of agricultural production. There are big cattle ranches and big wheat farms. Some are enrolled in Block Management, the state’s hunting-access program that opens the gates to free public hunting in exchange for what the state calls a “hunter-management” payment.

That’s a great start, but think about the vast percentage of private land that is locked up and inaccessible to hunters and hikers. Why is that? There are lots of reasons, but they include commercial leasing by other parties, landowners who simply don’t want to deal with folks they don’t know, or a consideration that some operations are too small, fragmented, or fragile to accommodate recreational access.

In many cases, landowners can’t recoup the value of access through public programs, because government payouts can’t keep up with impacts from recreators. My first decree as Access Czar would be to devote all the energy and imagination that we devoted to public-land access to private lands, and to retool our consideration of the high value of the Private Land Hunter as someone who has probably devoted more hours and energy to securing access to private land than the majority of us who hunt and fish public land and waters did to secure access on the common estate. This is especially important in regions of the Midwest, South, and East where there is not much available public land at all.

Imagine if we created a marketplace that brokered private-land access, creating payments that were based on users’ interest in access? These payments might be several times what state agencies can pay.

There’s already a model for this sort of marketplace that could buy, sell, and trade access credits. The climate industry calls them carbon credits. My farming neighbors deal in commodity credits. The fossil-fuel industry trades barrels of oil that operate in just this way.

But all those are real, tangible things, you say. So is access, and if you doubt that, refresh your Instagram feed. It’s full of people celebrating real, tangible access, whether a good day in a deer stand or a field of wildflowers on a mountain slope. The problem with access is quantifying it in a discrete, measurable unit that can be traded as a commodity.

But there’s a way, best described using a hypothetical exchange.

Imagine, for a moment, that you’re Johnny Morris, owner of Bass Pro Shops. He’s in the business of selling sporting goods, but the demand for his products depends on places to use the fishing rods, boats, shotguns, and treestands he sells. No recreational access, no customers. In order to ensure a supply of customers, Mr. Morris would be smart to help build an access exchange, one that he could then fuel with credits from his stores. Maybe he gives away 1 access credit with every binocular he sells. Or maybe you get five access credits for every $100 you spend at Bass Pro. The marketplace would accept these credits as payment for access, and access suppliers could then redeem the credits they accumulate for something of value. Maybe money. Maybe more land. Maybe a beneficial rental rate on their next CRP enrollment.

The demand side of the market could be similarly flexible. Maybe it takes 25 credits to hunt the whitetail rut on a private Missouri farm enrolled in this exchange, or only a single credit to bring your new Bass Pro binoculars to a private marsh in March to watch warblers.

The access exchange could be easily managed through a digital exchange similar to airbnb, where suppliers and demanders would set the market rate. The beauty of recreational access is that it’s seasonal, when managed correctly it doesn’t degrade the value of the land, it’s often non-consumptive (think watching wildlife vs killing it), and it’s a precursor for other markets: places to stay, vehicles to rent, gear to use, and communities of peers to manage.

Consider the units in other exchanges. A carbon credit is one metric ton of carbon that’s either removed from the atmosphere or avoided by some offsetting action. A hotel room is one night’s lodging for one person. A barrel of oil is 42 gallons. What is an access unit?

I’m convinced the market can figure that out. We already have effective private-land leasing exchanges. And we have ways to buy and sell seats in blinds at waterfowl clubs. And increasingly we have exchanges like the Land Trust that brokers in short-term recreational access.

The beauty of an access exchange is that it provides another option, specifically intended to increase accessibility to private land and to give landowners an incentive to open their gates. The net effect of that is to reduce pressure on our overloved public land. And I think we can all agree that’s a worthwhile goal.

Concurrent with our crowding of public land is a growing recognition that it can’t sustain recreational pressure we’re asking of it. Hunting success has declined steadily on many chunks of public land, and fisheries managers are having to limit angling pressure on many of our most popular waters.

That’s because many of these places have become biological deserts, the pressure either moving fish and game away from access points or removing them altogether. Consider how some states are responding to this increased pressure: planting pen-raised pheasants in order to meet hunters’ expectations of success, or planting fish to be caught on summer weekends.

Those are unsustainable responses, but they also degrade the experiences of a large percentage of hunters and anglers. Instead, we should be increasing the biological carrying capacity of these public lands and waters so that they can sustain the pressure asked of them.

Our public land managers are aware of the problem, and they’ve been advocating to receive more funding to improve habitats. In some cases, the fix is embedded in legislation. In others, it’s up to local and regional offices to work with cooperators like timber companies and livestock grazers to improve habitat by mosaic logging or rotational grazing. All these efforts need to be accelerated, especially as climate change is making large segments of our public lands inhospitable to wildlife.

These lands are generally those with thin soils, poor water resources, and anemic forage. That’s precisely why they’re public, because they are marginal lands where homesteaders or leasers have struggled to turn a profit. Precisely because they’re so fragile, these public lands need a large dose of habitat improvement and protection, especially because the throngs of recreationists are adding even more stress. We need to push our elected representatives to include public-land habitat improvements in every infrastructure and agency budget bill working through Congress.

Not all of this will be accomplished with a wave of the royal scepter, or signing of the Access Czar proclamation, but they are all important starts, and represent a radical departure from our current perspective on access, which is that we want more, then we complain when we see all those strangers in our favorite spots.

Let’s make more spots. And let’s make the spots we have even more productive.