The Maryland Department of Natural Resources released the results of its mid-winter waterfowl survey, which shows noticeable declines for several species 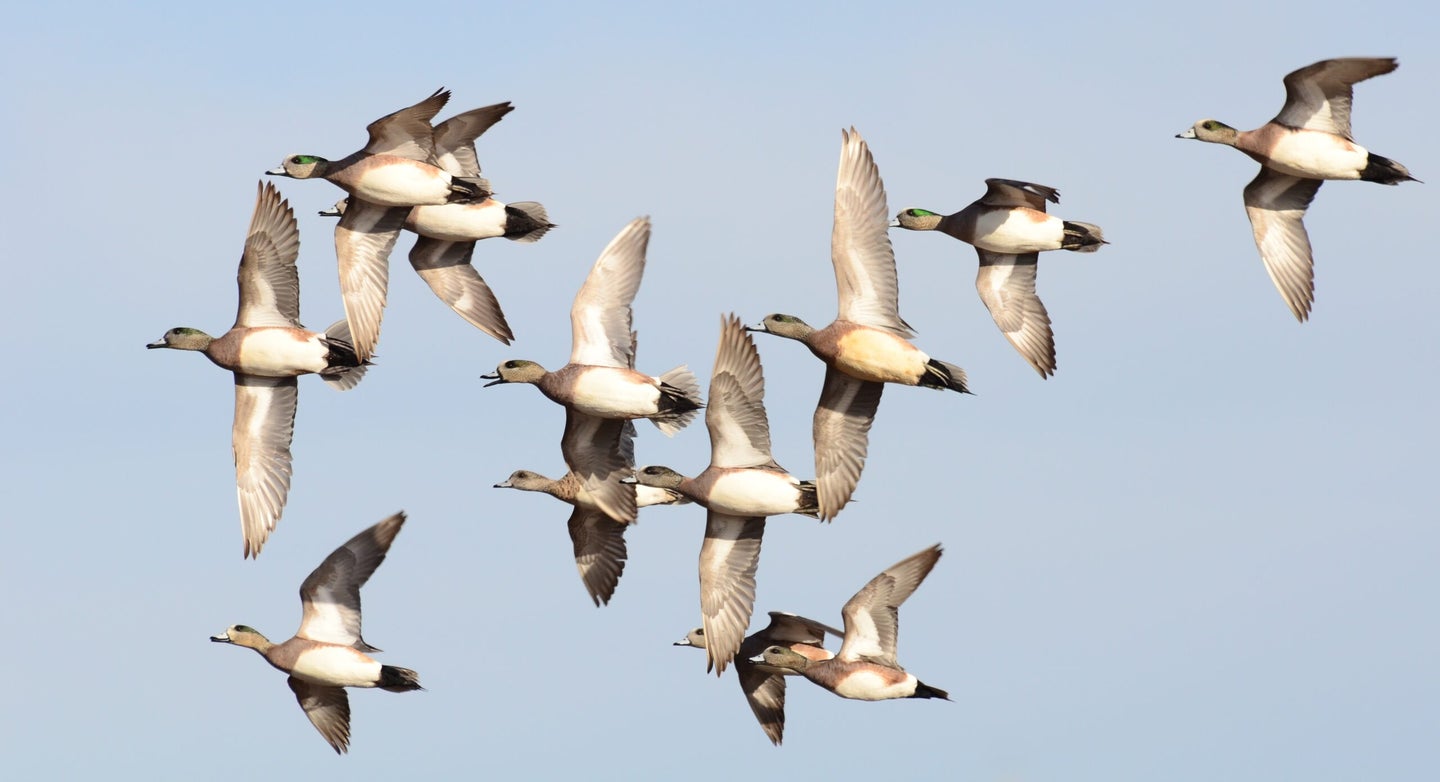 The survey results showed a mix bag: wigeon numbers were down, while dabbling duck counts were up. Brandon Jones / USFWS
SHARE

The latest waterfowl numbers are in from Maryland and they’re not that great. This week, the Maryland Department of Natural Resources released the tallies from its mid-January aerial survey of ducks, geese, and swans that travel along the Chesapeake Bay, Potomac River, and Atlantic Ocean coastal shorelines. The results indicate that the total number of waterfowl in this year’s count has dipped below the current five-year average, with several species showing significant declines between 2020 and 2022.

“Winter distribution of waterfowl is influenced by many factors,” MDNR wildlife and heritage director Paul Peditto said in the release. “Global weather patterns, food availability, habitat quality, the prevalence of ice and the population status of each species all play a role in how many birds we count and where we count them.”

The pilot-biologist survey teams counted 563,800 birds in January 2022, which is lower than the 627,000 counted in 2020 and well below the current five-year average of 718,600 birds. (Due to COVID-19, a mid-winter survey wasn’t conducted in 2021.) These figures, rounded to the nearest hundred, are based entirely on visual estimates.

The good news is that dabbling duck numbers increased overall, along with pintails and green-winged teals, and there were more Canada geese counted in 2022 than in 2020 (361,100 compared to 327,200). MDNR says this could be a sign that flyway-wide harvest restrictions for Atlantic-population geese are working.

The Midwinter Waterfowl Survey, which began in the 1960s, is an annual count that tallies waterfowl along most of the state’s tidal shorelines and near-shore waterfowl habitat. It’s important to note that these numbers are not considered population estimates. Instead, the agency says they are meant to provide a snapshot of “how waterfowl use of important nearshore habitats changes over time.”