Washington wildlife officials found three elk that had been shot and left to waste near the Idaho border. Two were headless, and one was intact but injured 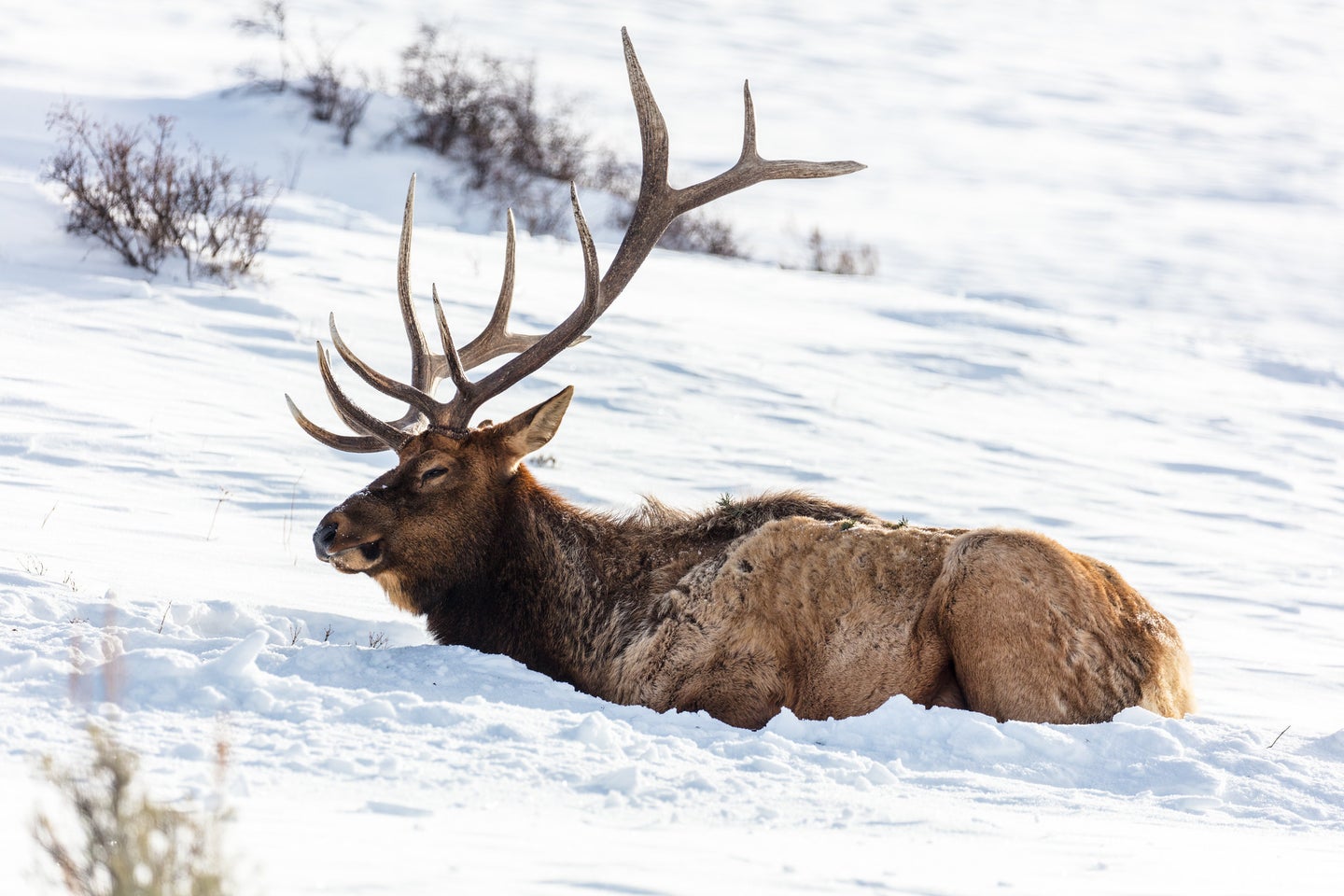 One of the bull elk that had been shot illegally was still alive but paralyzed. Jacob W. Frank / NPS
SHARE

Officials with the Washington Department of Fish and Wildlife are asking the public to help solve a recent poaching case involving three bull elk in eastern Washington. WDFW says the three elk were shot illegally in a privately-owned field outside the town of Fairfield, approximately five miles from the Idaho border. The agency believes the shooting occurred on or around Dec. 31.

Wildlife agents responded to a report that a witness called in on Jan. 2, and they arrived on scene to find two dead bull elk with their heads removed. There was also a third bull, which had been shot but was left alive and paralyzed in the snow. The responding officers humanely dispatched the paralyzed elk and recovered all three of the bodies in order to salvage the meat that had been left to waste.

Read Next: After 23 Years of Complaints from Hunters, Idaho Poacher Gets Jail Time, 10-Year Hunting Ban

The Department asks anyone with information regarding this poaching case to report it by emailing WDFW or calling 877-933-9847. The public can also file a report by visiting WDFW’s website, or by sending a text tip to 847411. WDFW reminds the public that tips can be provided anonymously, and that information leading to an arrest can fetch a monetary reward or bonus points toward a special hunt.

“The loss of these mature elk is a blow to the local population and for future opportunities for ethical hunters who are following the rules,”  Leonetti said, stressing the importance of public engagement in these sorts of cases. “We rely on tips from the pubic as they are often our eyes and ears that lead to arrests on cases like this.”