How to Hunt Deer During the Opener 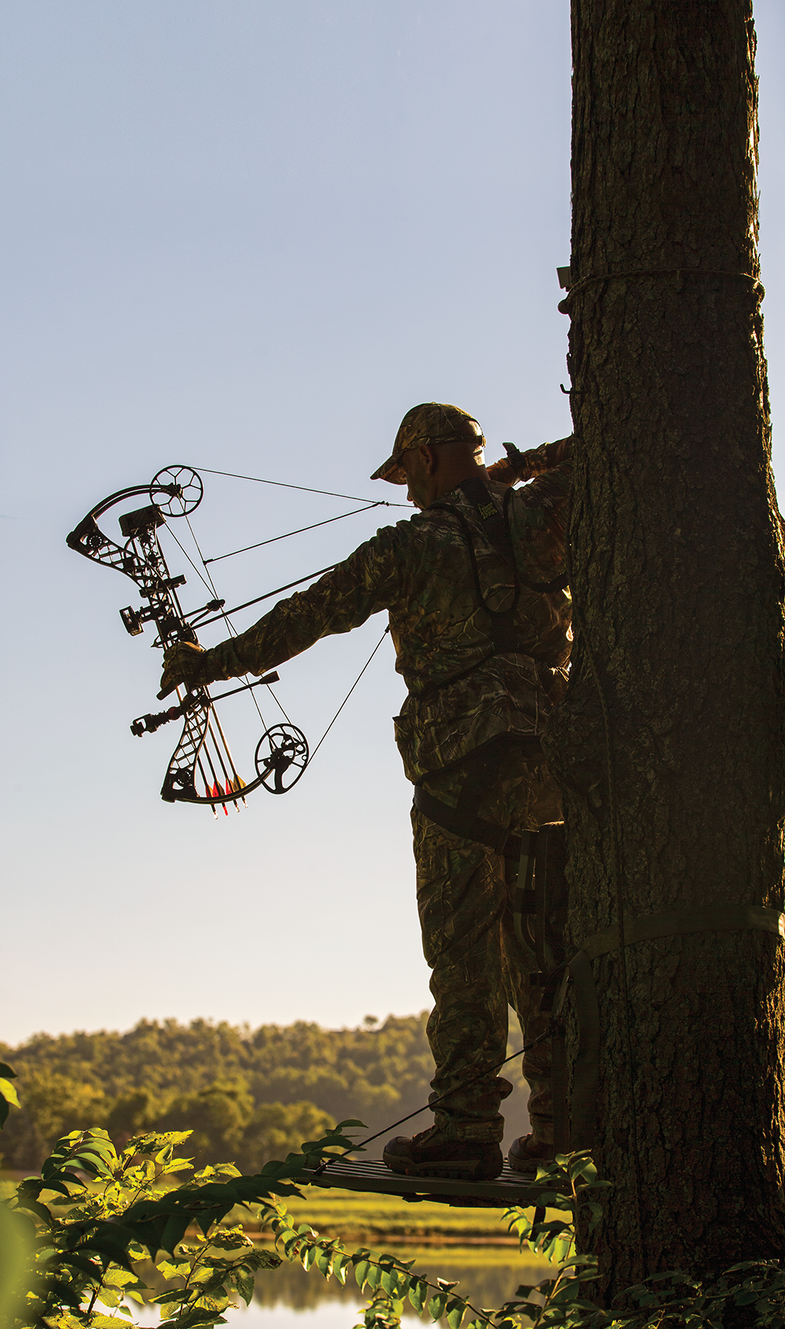 Opening Day: The day when preparation meets execution, and most of us are raring to greet it at sunrise, bow in hand. But what if I told you you’ll have a better season if you stay home on opening day?

I live in southern Michigan, where the opening day of archery season (October 1) will see hundreds of thousands of hopeful bowhunters in the woods before daylight. By dawn, without even knowing it, they may have educated nearly as many deer and ended their hopes of tagging that big buck they spent all summer watching.

I’ve killed a number of bucks here, but none prior to October 31. None of them showed up on trail cameras earlier than October 15. That’s a pattern I’ve seen repeated often enough that I now sit out the first weeks of bow season in order to maximize my success later on. Should you?

I asked a pair of deer experts to weigh the pros and cons of hunting the bow opener.

“The early season is the very best time to kill a giant. Of the bucks I’ve killed during the rut, I’ve gotten lucky. Early in the season, I’m not relying on luck. I’m relying on my scouting and the pattern of the deer. “I start my season in Montana, along the Powder River. There’s limited hunting pressure there, which makes a difference in deer movement. But even so, I won’t hunt opening day unless everything is perfect.

“So many guys let the excitement and anticipation of opening day get the better of them. They make bad decisions and hunt a stand when the conditions aren’t right. The most critical days are those just prior to the opener, because that’s when I can learn a buck’s movement patterns.

“You have to be patient and smart. If you know how to minimize your impact, you pay attention to the wind and to your entry and exit, you can hunt those big bucks early and not let them know you’re onto them. I’m going to get after them as soon as I can, but I’m going to make sure I’m doing it the right way.”

“I hunt heavily pressured Midwestern areas, and unless there’s a cold front or I have some evidence that a buck I want to kill is moving in daylight on a pattern I can take advantage of, I won’t hunt the opening week. My thought is, if I can reduce the amount of pressure on an area—my scent, visibility, and noise—I’ll have more time to kill a buck I’m after.

“I like to nibble and hunt short sessions when the conditions are right. I might only hunt six to eight days before late October, but I’ll have sat maybe 15 to 20 stands during that time.

“The idea is to be as low impact as possible. If it’s a managed property, and designed to minimize impacts—with stands located in places that take into account prevailing winds, and good edge cover that can hide my entry and exit—then I might hunt a little more often early. But I’m not sure you can ever have zero impact, especially early in the year when everyone is pressuring bucks.

My early-season perspectives mimic those of Sturgis. Which makes sense—he is a former Michigander, and we’ve hunted similar properties and situations. But Birdsong’s track record for success is hard to argue with. While Birdsong places an emphasis on early-season hunts that Sturgis doesn’t, both are constantly looking for evidence and situations they can exploit as soon as the season opens.

Both let current conditions dictate how, where—and even if—they hunt a particular buck. They agree that evening sits are the premium. “I’ll never sit a morning spot if it jeopardizes evening activity, because evening sits early in the season are so much better,” says Sturgis.

Birdsong concurs. “You run less risk of bumping deer on the way in, and the evening pattern is more predictable.”

And they agree on weather. “I’m not going to miss a good cold front, even if it’s early in the season,” Sturgis says. “But I’m going to be careful, and I’m going to really study my options and keep the pressure as low as I can.”

“I love the early season and I make the most of it—with a solid game plan. I’m not going to hunt the opener just because it’s the opener,” Birdsong says. “I’m going to rely on my scouting. But even if I don’t have a buck really pegged, I’m still going to go if the conditions are right. You still have to be there to kill them.”

On that point, we can all agree. other considerations It should be noted that while Sturgis and Birdsong are both discussing opening-day tactics, those dates are highly variable from state to state. Michigan’s October 1 bow opener is nearly a full month after Montana’s September 3 opener.

“Early October is right around that transition time when bucks are moving from summer ranges to fall ranges,” Sturgis says. “Food sources are changing as well. So you have bucks that are transitioning, food that’s transitioning, and a lot of hunting pressure, all of which have a cumulative impact on how deer behave. On my best parcels, I’ll see more and more bucks coming in through October as they transition and because I’m keeping the pressure low while all around me the pressure is intensifying.”

Birdsong agrees that dates of the opener are a factor, but he maintains that early October can be solid. “Those deer are still going to be in a summer pattern into the first week of October,” he says. “It’s harder to scout those deer in the Midwest because the habitat limits visibility, but it can still be really good.”

While Sturgis and Birdsong have different opinions on opening-day participation, they share a number of perspectives that can boost your early-season success. The first: Don’t do anything stupid.

“I’m not saying I’ll never hunt opening day,” says Sturgis. “I will if the conditions are right and I have trail camera images of a buck moving on a line of travel that I can take advantage of. But I see it all the time: Guys don’t understand what happens when they disturb an area. You’re bumping does and family groups, so you’re not only hurting your chances early, but you can be killing your rut hunts later as well.”

Birdsong agrees that minimizing impact is critical. “That’s key on those early-season hunts: You have to be able to get in and out without busting deer.”