Watch This Vicious Mama Warthog Chase a Leopard Off Her Piglets

If there's one universal truth in the animal kingdom, it's to never mess with a mom 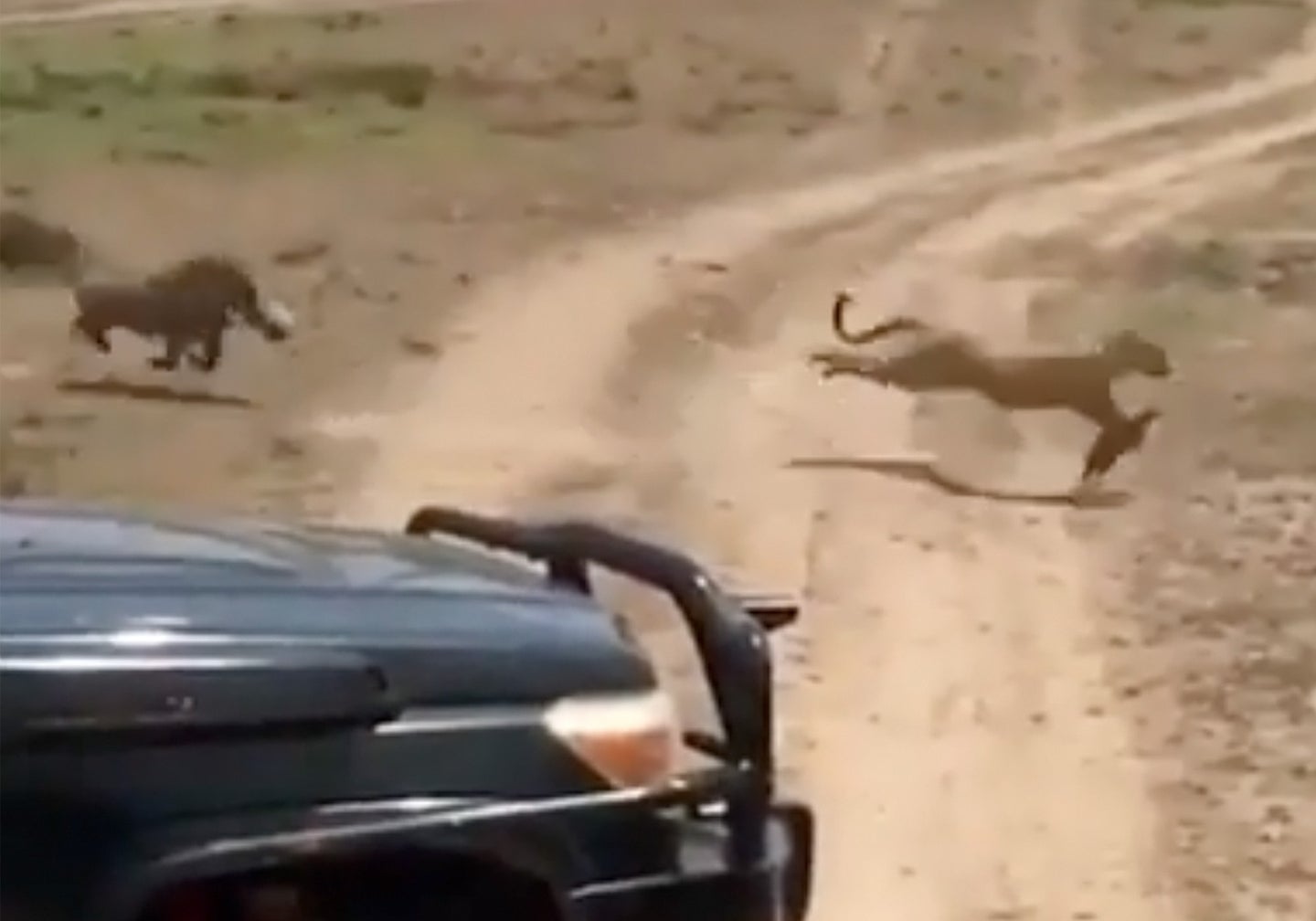 Underdog mothers protecting their young are a whole different type of terrifying. In this video, we get to see an angry warthog mother use her rip-roaring speed and low-set tusks to scare the crap out of a leopard who probably thought the warthog’s piglets would be an easy meal. But of course, nothing is ever easy in the animal world.

The first piglet’s effort to outrun the female leopard is worth honorable mention. Even though the big cat looks like it’s just barely jogging to catch the little guy, once it does, that piglet doesn’t stop running even as it’s pulled into midair, jolting the leopard’s head around. With that said, it would have definitely turned into lunch if mom didn’t come to the rescue.

The leopard doesn’t hold onto the first piglet for very long before spitting it out and sprinting in the opposite direction. At first, it’s hard to tell what the leopard is running from. Maybe a rival leopard, a lion, or some other animal that wants the lunch more? But then the fierce mama warthog runs into the frame, tusks jutted out, a trail of dust billowing behind her powerful body.

At this point the safari vehicle and the videographer’s finger obscure the scene, but the next time we see the leopard, there’s another piglet clenched in its jaws. The leopard has abandoned its cool, limber jog and is now running at a full-tilt sprint like a thief running away with a purse. That second piglet doesn’t last very long either. The leopard tosses it aside into a multi-cartwheel spinout as mama warthog comes back into the frame again, gunning for the leopard and disappearing behind it into the bush.

A motivated warthog can achieve a land speed of 30 miles per hour on those short, turbo-powered legs. Although they only grow less than three feet at the shoulder, they can weigh up to 250 pounds, making them little juggernauts with sharp tusks fastened onto the front. We’d spit their piglets out and run away too.