You can’t eat your bocaccio and have your rockfish record, too, at least not in California 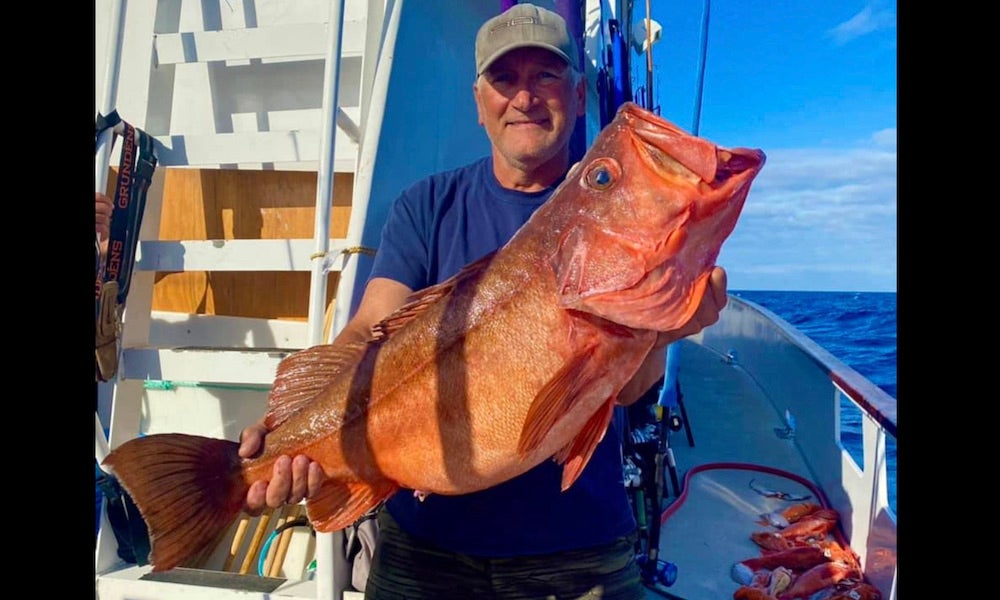 Rob Tressler's rockfish would almost assuredly have been a new state record.
SHARE

Rob Tressler caught, held, and weighed what most surely was the California record bocaccio (rockfish) on Oct. 18, 2021, according to USA Today.

Then he filleted it to eat.

That proved a mistake for Tressler, since his bocaccio weighed 20.22 pounds on a digital hand scale. That would have erased the current California record for the species, which weighed 17 pounds, 8 ounces, and was caught off the coast of Northern California over three decades ago. It was caught by Sam Straight at Point St. Georges Reef on Oct. 25, 1987.

Tressler was fishing aboard the San Diego-based charter boat “Pacifica” when he caught his bocaccio.

Tressler is the Chief Science Officer for the San Diego Blood Bank and weighed the giant bocaccio on the boat with a digital scale, which was photographed. But for an official California record catch, the state requires a fish to be weighed on certified scales with at least two witnesses present. Then proper paperwork must be filled out for the state to declare the fish a record.

The bocaccio is a type of rockfish, one of several dozen different rockfish species identified by IGFA. Bocaccio are known by a host of different names, including rock salmon, salmon rockfish, Pacific red snapper, and Oregon red snapper.

According to NOAA, bocaccio are a large Pacific coast rockfish that are slow-growing, late to mature, and long-lived up to 50 years. They range from Baja California to the Gulf of Alaska and the Kodiak Islands. Bocaccio are most common between Oregon and northern Baja California. NOAA says bocaccio have struggled to recover from overfishing, and the Puget Sound-Georgia Basin has a distinct population of bocaccio listed as endangered under the Endangered Species Act (ESA).

Read Next: The 200-Year-Old Rockfish that Wasn’t

Non-ESA listed populations of bocaccio are harvested in commercial and recreational fisheries, mainly from California north to and Alaska.