“Instead of referring to me as Bailey, now you have to refer to me as the state-record holder” 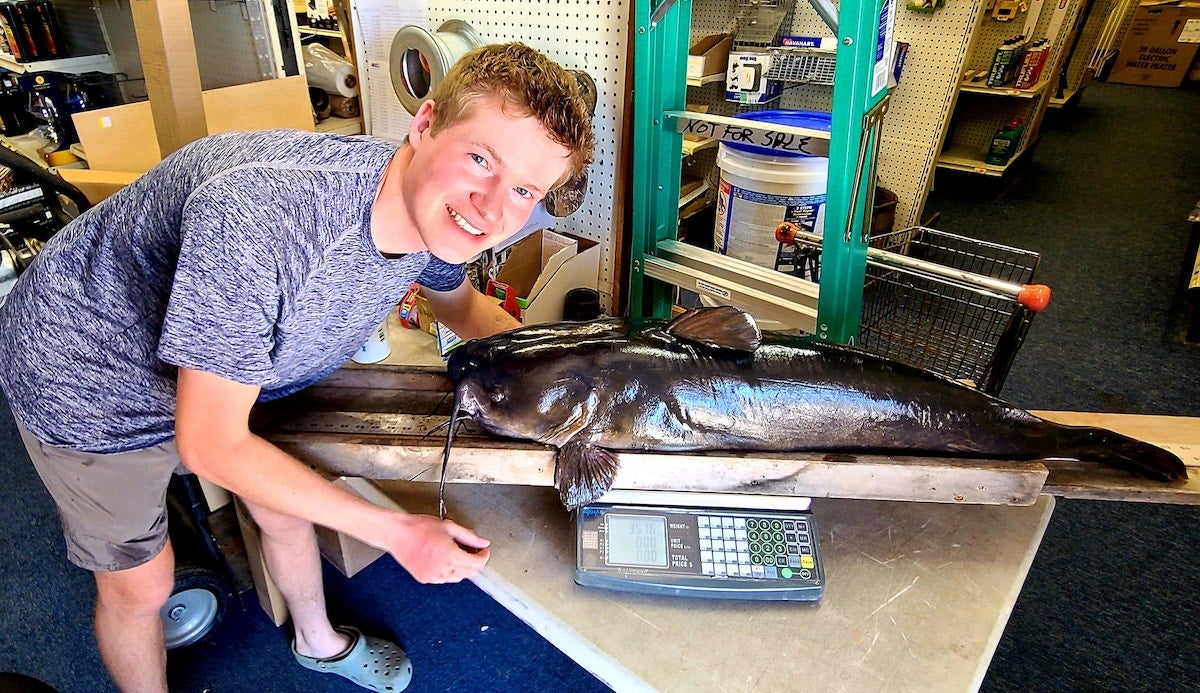 Williams caught the channel cat in the Black River Marsh located outside Dexter, New York. The Watertown local was fishing from his kayak using a white perch head as bait when he felt a bite.

He was able to reel in the 35-pound, 12-ounce catfish, and officials confirmed the catch as a new state record. The fish was 9 ounces better than the previous state record, also caught by a man from Watertown, from 2017.

“I have heavy gear, so it was only like a five-minute fight,” Williams told local news. “It was a tough fight for sure, because it felt like dead weight.”

Williams and New York Department of Environmental Conservation biologists confirmed the catfish on Sunday, using scales at a local hardware shop. The catfish was kept alive in the kayak by Williams and successfully released back into the Black River Marsh after confirming its weight.

Williams said he would know the fish if he ever caught it again because of an easily recognizable black birthmark.

Williams first told his uncle Josh about the catch, stating, “instead of referring to me as Bailey, now you have to refer to me as the state-record holder.”

This catch likely won’t be his last state record. He’s already aiming his sights on other fish in the Black River Marsh and the next opportunity to beat his own record.

“Just hoping I can actually break it again … because there’s other huge ones, and this place is underrated for big catfish,” he told local news.

Channel catfish are the largest member of the bullhead catfish family in New York and one of the most numerous species in the United States. They are characterized by a deeply forked tail, and anglers often refer to them as “Channel Cats.”