Watch: Anglers Find a Live Fish Inside a Northern Pike

The anglers are expecting to find a turtle when they clean a pike, and instead find a live panfish in its belly 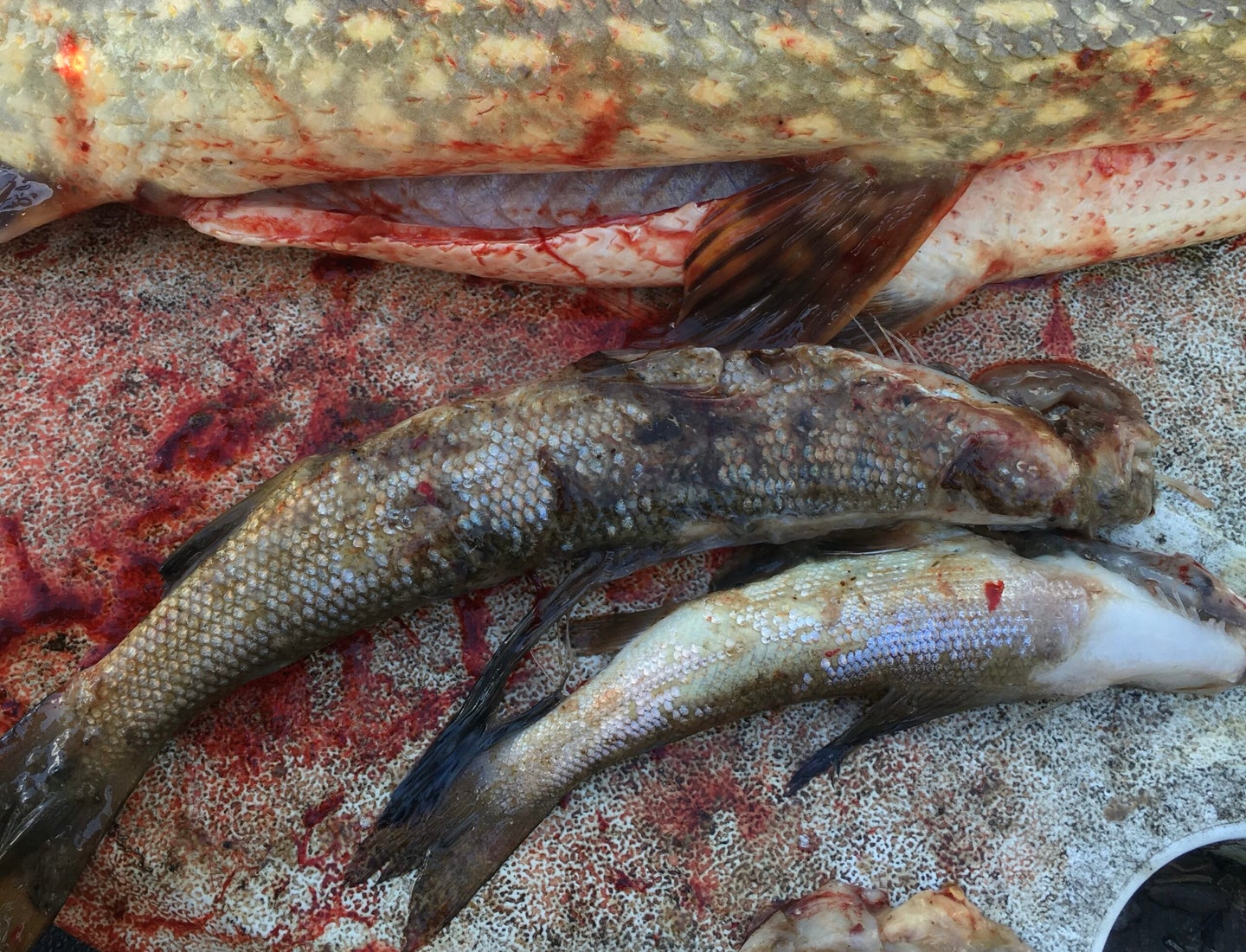 I've found Arctic Grayling and other fish inside pike stomachs, but none that were still alive. Tyler Freel
SHARE

Northern pike are voracious predators, and its shocking to see what they can swallow whole sometimes. I’ve cut open quite a few pike bellies in Alaska, and I’ll often find whole grayling, whitefish, and even other pike inside. Anyone who’s ever cleaned a Northern has probably noticed this, but have you ever found a live fish inside a pike’s stomach?

A video shared to Facebook by HF-Outdoors shows just that. The post hints at a “weird surprise,” but after watching the first few seconds, I figured the pike had swallowed a smartphone. License plates, treasure chests, and all sort of human-discarded debris are found in the bellies of sharks, after all, and when a good-sized panfish is pulled from the pike, it’s a bit of a letdown at first.

“Look at the size of this bluegill!” the anglers say when it slides out of the pike’s stomach. “We were wrong…we thought it was a turtle!”

But the real surprise comes when they realize the fish is still alive, and they start laughing hysterically as the bluegill beats its tail on the fish-cleaning table.

Read Next: Pike in Alaska: The Most Fun You Can Have Below Zero

It’s a startling sight—although swallowing a panfish whole is nothing special for a species known for cannibalism. I’ve heard stories about northerns jumping out of the water like alligators to snatch voles running along the shoreline, and I’ve found large spoons and other lures inside pike I’ve caught. Frankly, almost nothing that could fit through those jaws would surprise me. Almost.