The Taurus G3X Review: A Great Pistol for a Great Price

This unassuming compact 9mm was one of the highlights of our 2022 gun test, see how it did on the range 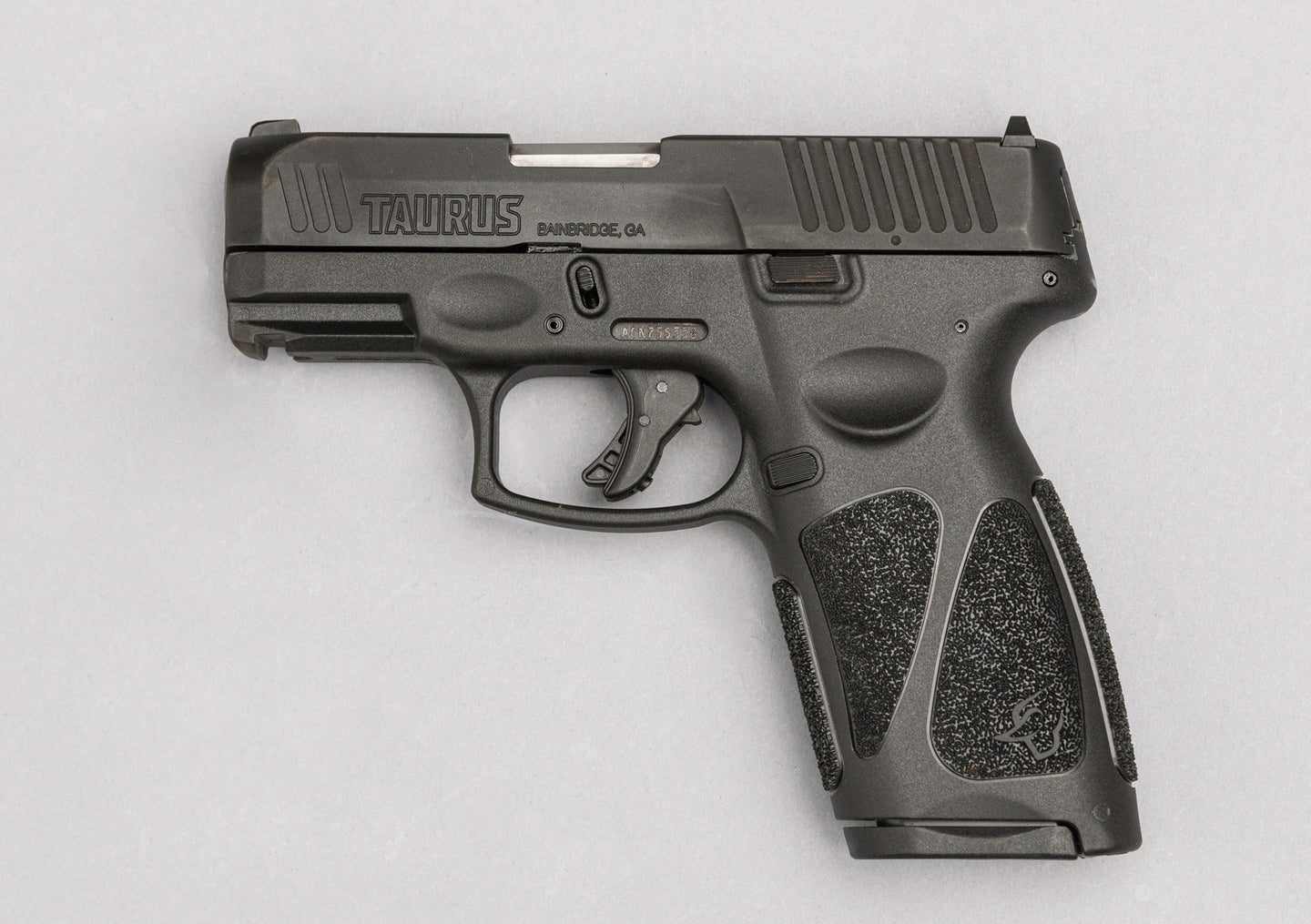 The Taurus G3X is a pistol that impressed us at the 2022 gun test, and its price is even more impressive. Bill Buckley
SHARE

If there was a handgun in our review of the best handguns of 2022 that exceeded expectations the most, it was the Taurus G3X. We shot the hell out of the whole field of new full-size, compact, and micro-compact handguns, and when the dust settled, the G3X was a pistol that stood out to the entire test team.

This compact 9mm is a simple and affordable handgun, designed to compete with  the Glock G19 (which it is heavily influenced by). It’s a polymer-framed, striker-fired pistol that comes with two 15-round magazines. The Taurus G3X shares some similarities with the G19—which pretty much sets the standard in this category—but it also has some key differences that set it apart. Plus, the G3X comes in at a great price.

The Taurus G3X Brings Competitive Features at a Great Value

The field of compact striker-fired pistols is awash with similar-looking guns that have similar features and can pretty much do the same things. It’s a cutthroat market, and it’s very tough for individual guns to distinguish themselves. Distinctions are often made by a combination of small favorable features and price. The Taurus G3X scores well in both those areas.

When talking size, the G3X has a notably shorter barrel than many pistols in the compact category. It’s 3.2-inch barrel is almost an inch shorter than the 4.02-inch-long Glock G19 barrel, and most compact pistols have 3.8- to 4-inch barrels. Although the barrel length is closer to what you’ll find in the micro-compact category, the grip length and frame are sized to hold 15-round magazines—the same capacity as the G19. The slightly shorter barrel would certainly make a difference in comfort and mobility while carrying, especially with an appendix carry position.

Another notable feature of the Taurus G3x is that it has “re-strike capability,” which means that in the case that you get a light primer strike and the gun doesn’t fire, you can pull the trigger again and it will strike the primer again. Although this isn’t a feature that would likely be commonly utilized, light primer strikes can happen sometimes. I’ve had primers fail to fire on the first strike with some lots of ammunition because the primers weren’t fully seated into the case.

The trigger of the G3X is good and our sample broke at 5 pounds, 8 ounces—half a pound under the 6-pound published specification. Striker-fired pistols tend to have a lot of travel before the trigger breaks, but this one wasn’t too bad. It features a trigger safety bar that must be depressed for the gun to be fired, and the trigger breaks clean and has a nice tactile reset.

The Taurus G3X comes with two 15-round steel magazines and several members of our test team noted the quality of the magazines was better than they expected considering the price of the gun. Good magazines can be underrated and overlooked, but bad ones can tarnish an otherwise great gun’s function and reputation. For example, another pistol in our test had a magazine with a follower that was causing a substantial malfunction—and that’s hard to ignore in even the best pistol.

Read Next: How to Shoot Better Rifle Groups (and Why Good Groups Matter)

Overall, the Taurus G3X is just a no-frills, clean, good-looking pistol. Even with the short barrel, it features a single-slot accessory rail on the front of the frame, low-profile sights, and a tastefully beveled slide profile for ease of carry and drawing. The grip has a nice fine stipple texturing that provides a secure grip, and the frame has some attention-to-detail, like a ridge to keep the slide stop from accidentally being activated and a small divot for indexing your support-hand thumb on the frame.

If I’m to be nit-picky, the only aesthetic feature that I don’t like about the gun is the way the serial number is engraved into the barrel and slide—looking almost punched in by hand. It looks out-of-place on this gun.

The Taurus G3X on the Range

Among a field of nearly 20 total handguns, the Taurus G3X truly stood out once we started shooting it. We found it to be accurate, reliable, and easy to shoot—even compared to some pistols that were much more expensive.

We fired approximately 350 rounds of various ammunition through the Taurus G3X, and it ran everything reliably. We used 115-grain loads from Federal Premium and U.S. Cartridge, Hornady Black 124-grain XTP defensive loads, Winchester 147-grain FMJ’s, and even 147-grain Nosler ASP defensive loads—all without a hiccup. We drove the G3X hard and only periodically gave it some CLP on the slide rails and barrel for lubrication.

The grip texture and frame contours made the pistol easy to shoot and hang onto. From a performance standpoint, the Taurus G3X punches above its weight class. Recoil impulse is smooth for a compact 9mm, and the pistol is easy to control while shooting fast and transitioning between targets. After keeping the gun warm for two days, we were very satisfied with it. It ran perfectly and everything was still tight at the end of the process.

What the Taurus G3X Does Well

The Taurus G3X simply does what a polymer-framed striker-fired compact 9mm pistol needs to do. It shoots, and shoots reliably at a great value. We weren’t sure if we would see a performance gap because of the price, and we are pleased to say that we didn’t.

Where the Taurus G3X Falls Short

We didn’t have any performance complaints, but neater serial number engraving on the slide and barrel would give the pistol a cleaner appearance, and an optics cut would be icing on the cake.

Final Thoughts on the Taurus G3X

Sometimes cheap means cheap, and lower prices mean you make a significant sacrifice in quality. This wasn’t the impression we got from the Taurus G3X. The sample we got held its own right alongside more expensive pistols. In some ways was a bit nicer to shoot than its competitors. You often get what you pay for, but with the Taurus G3X you’re getting a little extra.