How to Call Turkeys: Has Cutting and Running Lost Its Effectiveness? 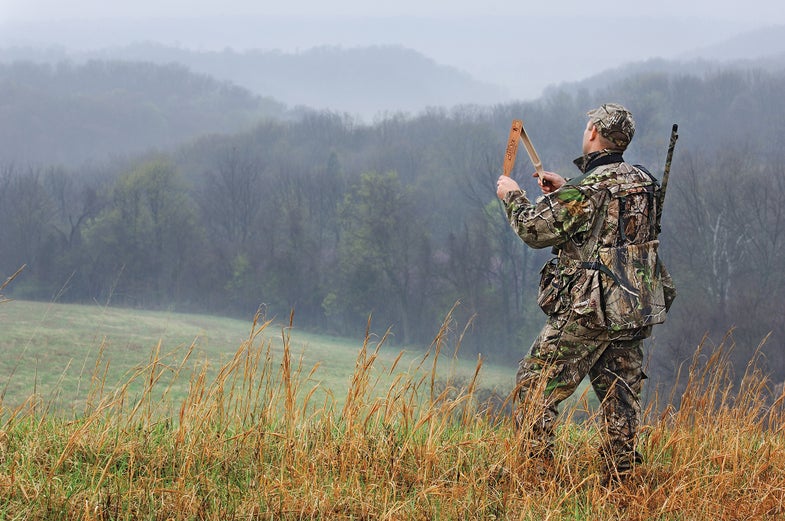 Sometime in the hazy days that marked the beginning of the modern turkey boom, aggressive hunters had a forehead-­slap moment.

Walking and calling, it seemed, provided the perfect alternative to the old-timer’s tedious habit of sitting against a tree and yelping once per hour. Moreover, this exciting, interactive technique proved deadly for locating and killing turkeys. Those young hunting innovators even coined a cool term to describe their method: “cutting and running.” Before long, video pioneers and their enthusiastic followers were stretching their legs, yelping long and loud, and posing for picture after picture with yet another longbeard.

Fast-forward about three decades, and walking and calling seems to have lost some of its luster. No one knows precisely why, but even veteran hunters admit that the technique isn’t quite as deadly nowadays. In fact, when turkeys go quiet or hunting pressure is heavy, cutt-and-run hunts can easily morph into cutt-and-bump debacles. Further, modern pop-up blinds and ultra-realistic decoys have created a new breed of turkey hunter, one who’s content to wait in relative comfort until a gobbler charges his fake strutter.

This shift in the turkey-­hunting landscape has prompted an obvious question: Is cutt-and-run hunting dead?

It’s no secret why cutting and running has declined in popularity and effectiveness. Years ago, turkey populations across the country were burgeoning—­biologists would say irrupting. Suddenly abundant, gobblers were extremely eager and vocal. You could listen for birds at dawn, decide which longbeard to pursue, and go at him. If you spooked that turkey, no matter.

You’d fire up the yelper to find another bird—and you usually did.

Now, however, turkey populations are established and stable—perhaps even declining in some areas. Further, generations of birds have experienced loads of hunting pressure, and many gobblers aren’t as gullible as their predecessors. In addition, the landscape has become increasingly fragmented by private ownership, and walking-­and-calling expeditions often get cut short by a property line or housing development. Enter the pop-up-blind phenomenon.

But here’s the thing: Walking and calling still works. You just have to approach it with a fresher and smarter mindset.

Even during the glory years, walking and calling had an inherent problem. Folks declared that they were aggressive turkey hunters, and that cutting and running was by far the best way to consistently fill tags—no exceptions. That was mostly true when turkey numbers were exploding. Now, however, you cannot simply label yourself a go-getter and stumble blindly through the timber, yelping every 50 steps.

Walking and calling still gets results in the right situations. First, you must have sufficient acreage to cover—the Back 40 won’t cut it. Second, the landscape should be conducive to hiding movement. It must have extensive terrain, timber, understory, or other features that let you walk and yelp while not spooking birds a quarter mile away. Third, it helps if the turkeys are fairly vocal. When gobblers go quiet at flydown, you’ll have more difficulty locating birds, even with aggressive calling or by getting in their comfort zone. Worse, you’ll spook far more turkeys than you’ll work.

So before deciding to walk and call, obviously, you must identify prime areas and conditions. On small or wide-open properties, I prefer to locate a turkey at a distance, move in unseen, and then find a good setup. Or I’ll slip into a likely spot and cold-call for an hour or two. I can still move on a distant bird, but I’m not crashing through the woods bumping hush-mouthed longbeards.

When situations seem ideal for a walk—in a large wildlife area or timber-studded ridge, for example­—I proceed with a bit more caution than I did 10 or 15 years ago. I walk as quietly as possible, constantly scanning the woods for movement and listening for turkeys. Also, I go fairly slowly, stopping often to glass for a while or to run several calling sequences. My pace isn’t as slow as when I’m still-hunting for deer, but it’s close. Impatience bumps toms. I still follow the conventional cutt-and-run advice of using cover and terrain to remain hidden, and I always locate good setup spots before touching a call. Ideally, I’ll call every 50 to 75 yards, but I might extend that to 100 steps or more if I can’t find a good setup.

When a bird responds to my calling, the choice is usually simple. Cut the distance to him or, if he’s close, plop down and work him in. Actually, even if I get no responses, I might still set up for a while. Birds may have heard your calling without responding. Sitting and yelping can provoke a gobble.

Cutting and running might not be as effective as it once was, but it’s another tactic in your bag of tricks. And you can never have too many of those.