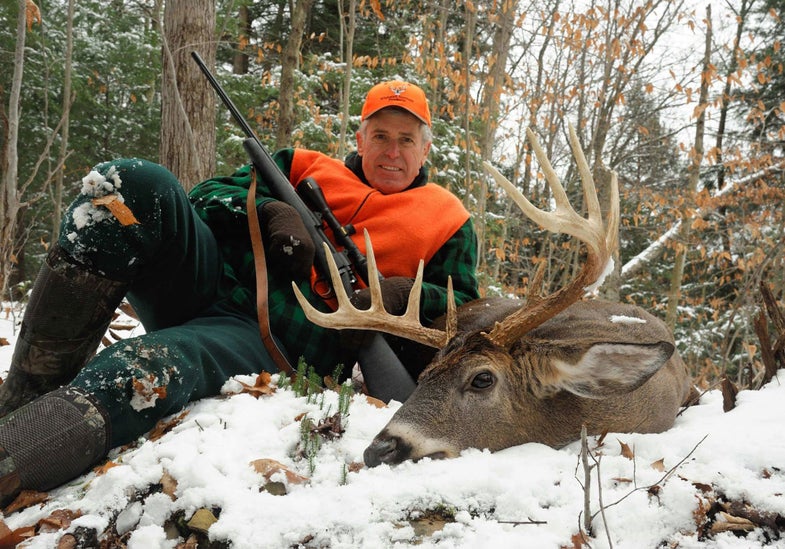 I knew Charlie Alsheimer before I’d ever met him. Though we’d never shaken hands or nodded hello, I thought of him as a friend and kindred spirit. I was a deer hunter and Charlie spoke my language because he knew me, too. We became acquainted through the magazines I read each month—he wrote about deer and deer hunting and I couldn’t get enough of him. You just knew Charlie was a real deal kind of guy, the sort you would share a campfire with, somebody you would hunt with (more than once), and somebody you should listen to when he had something to say. Above all else, Charlie was my friend. When I learned of his death a few days after Christmas, it shook me to the core. I went back to listen to his unreturned phone message from a few days earlier. Heck, I’d get back to him in a day or so—no different than any other week. It was too late.

Mention Charlie Alsheimer’s name to a deer hunter and you’re likely to hear a sanitized resume-style list of accomplishments. After all, over his 38-year career, Charlie’s deer photos appeared on hundreds of magazine covers—I once stood at a newsstand and counted seven in the same month—and in books and articles everywhere. He also published thousands of articles, authored 7 popular books, served as a host for a national television show, and was a much sought after seminar speaker.

All that, though, provides precious little insight into my friend, Charlie. That he helped make the whitetail rut and rut timing a constant focus of whitetail hunters in deer camps around the country, was but one of his gifts to the outdoor community. While deer biologists reduced the rut to graphs and charts, Charlie seemed especially adept at explaining it in laymen’s terms. He studied the rut meticulously and gave us the specialized language to help us understand it better. The phrases: they’re chasing; they’re seeking; or they’re tending are largely attributable to Alsheimer’s form of rutspeak.

And then there are his photos. He specialized in spectacular deer shots and invented the genre of placing hunters in realistic hunting environments. Outdoor Life was one of the first magazines to publish such an image in the mid-90s. It was instantly successful. Like a Monet or van Gogh, all of his images are instantly recognizable—and he literally took a million of them. He was an art director’s dream. He created photos of deer eating turnips, deer munching on apples, deer making scrapes, big bucks fighting, and much more. He spent day after day watching whitetails. But that’s still not the real Charlie.

“Great photography and insightful research aside, what I think I appreciated most—and will miss the most about him—was Charlie’s no-nonsense attitude and somewhat wry sense of humor,” says Outdoor Life executive editor Gerry Bethge. “Several years ago, I asked him to tour the woods of my hunting club to assess the deer habitat. Back at the clubhouse, one of our more prideful members asked for Charlie’s verdict. ‘Well,’ he said, ‘simply put that is without a doubt the worst piece of deer hunting land I’ve seen in my life. There’s not a thing on it that a whitetail would want to eat unless he was starving. I’d pray for a tornado or a forest fire.’ The membership was crushed. They also took his criticism to heart and embarked on an aggressive program of habitat improvement. His helpfulness whether professionally or personally was amazing.”

“So, I first met Charlie when I was in college,” says Outdoor Life editorial director Anthony Licata. “He was speaking at a local community center in Pennsylvania, and I just had to go and see his seminar to ask for some advice on how to break into outdoor journalism. He told me to pick up a camera and learn how to use it because that’s what editors would appreciate the most. After I had been an editor for a few years at Field and Stream, I bumped into Charlie again and reminded him of our conversation. ‘I guess, then, it all worked out pretty well,’ he said. ‘Pretty good advice.’ That will be my long-lasting memory of a great colleague.”

As for me, when I finally got up the courage to offer Charlie my hand and tell him we were almost neighbors, a 30-year friendship (or was it brotherhood) began. Yup, Charlie was a kindred spirit, a real-deal kind of guy—and the whitetail world is the better for having had him.