Trent Holscher stalked up on the buck of a lifetime 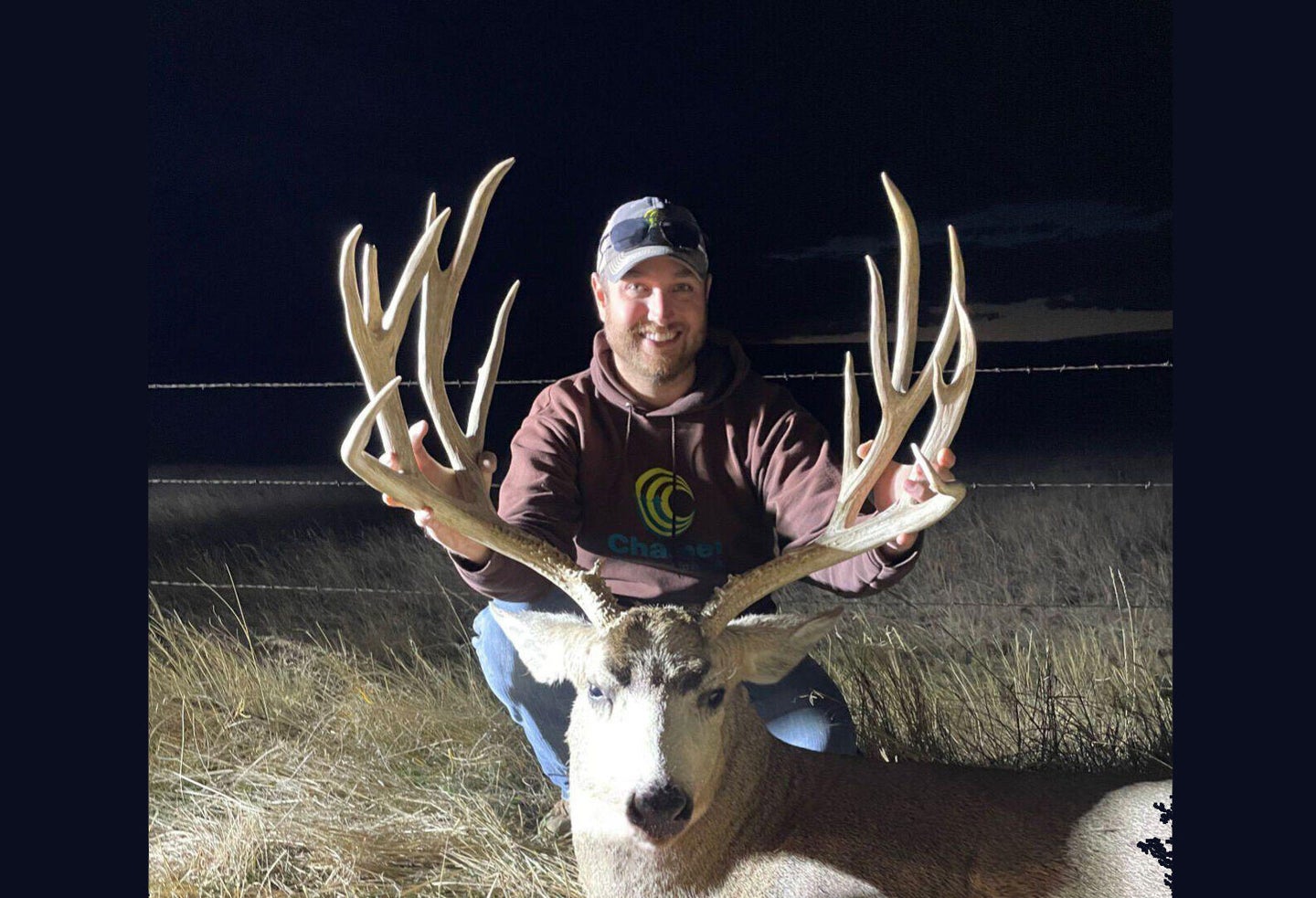 The Nebraska panhandle might be getting a little more credit as a big mule deer destination after Trent Holscher, 34, tagged this incredible muley buck on Nov. 16.

The rancher and seed salesman had just a short window after work to do a little deer stalking on his father’s 320-acre farm. The sun was starting to set as Holscher stalked into a CRP field and a bedded buck stood up. Holscher thought the deer was a good one, and as he got closer its rack seemed to grow even larger.

“The rut was underway, and the buck was with about a half-dozen does and a smaller buck,” says Holscher. “I got to about 50 yards and thought he was much better than I originally believed.”

Holscher quickly shouldered his .25-06 Browning X-Bolt rifle and sent a 117-grain Hornady bullet through the buck’s chest. The buck dropped on the spot, and Holscher walked to his trophy—which showed no sign of “ground shrinkage.”

Holscher’s wife Lindsay helped load the animal onto a Polaris Ranger, then they headed off for deer meat processing. The large 8×7 mule deer has a wide and heavy rack that will be officially measured after it’s mounted by a taxidermist, says Holscher. They estimate the buck scores about 210 inches. It was not weighed but was estimated at 5 or 6 years old.

“It was so dry this year we didn’t see many deer all summer and early fall,” says Holscher. “The deer stayed mainly in cornfields, which are irrigated and have food. The rut got them moving, and the corn had been cut. I’d never seen that buck before.”

Holscher says his area of Nebraska has about 70 percent mule deer to 30 percent whitetails. Whitetails thrive best along the South Platte River bottoms, he says.

“There are other better muley bucks taken in this region, but he’s by far my best deer,” says Holscher.

Nebraska isn’t regarded as a true trophy buck state like its neighbors Colorado (for mule deer), Kansas (for whitetails), or Iowa (even bigger whitetails). However Nebraska does offer incredible opportunities for resident and nonresident deer hunters. The state has over-the-counter deer permits (no draws) and plenty of land that’s publicly accessible.