The hunter drove up to Canada with two freezers and a generator in the bed of his pickup. He returned home with one of the biggest woodland caribou ever shot 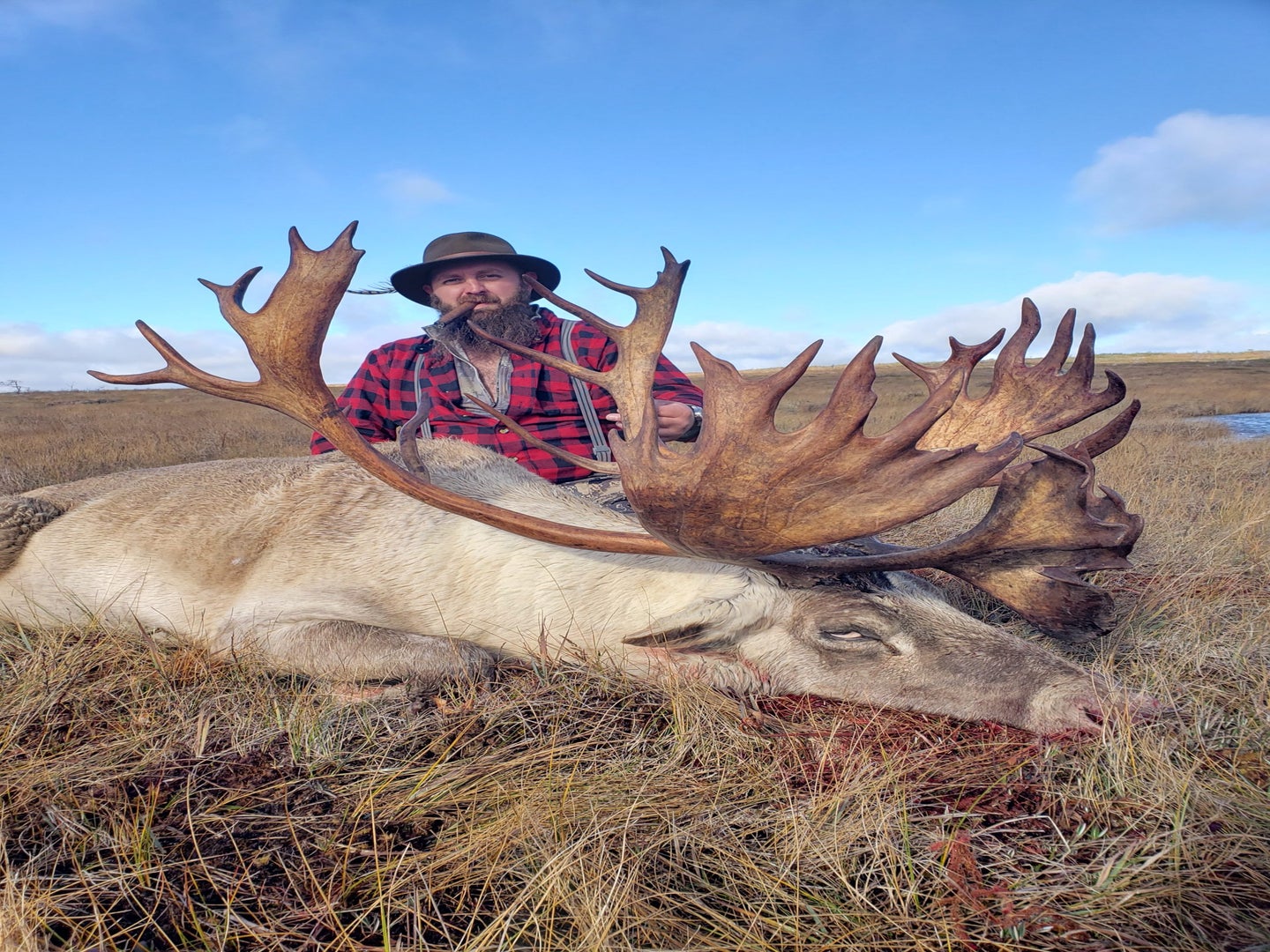 The giant woodland caribou was taken from deep in the Newfoundland backcountry. Jeff Hubbard
SHARE

Jeff Hubbard is a Virginia resident and a diehard bowhunter who has done most of his hunting close to where he was raised in McDowell County, West Virginia.

“It’s been archery only since 1967,” he says of his home county. “I’ve just always been a local bowhunter, but I recently started going on a trip or two here and there.”

So, when Hubbard decided to drive from southwest Virginia to Newfoundland, where he had booked a weeklong backcountry hunt with Efford’s Hunting Adventures, he left home prepared to return with caribou meat.

“I drove all the way to Canada with two little 7-foot deep-freezers in the back of my truck, along with a generator. And I put a cooler up front with drinks, and away I went.”

Upon arriving in Newfoundland, Hubbard loaded up with a few other hunters and they took a floatplane to the outfitter’s remote cabin, which lies in a soggy and typically cold corner of Canada’s easternmost province. He says that the next morning they woke to nasty weather. It was snowing lightly, winds were gusting up to 80 mph, and the thermometer registered somewhere around 20°F. Their hunting guide, Tyler Benoit, said it wasn’t a great day for hunting, but that if someone wanted to go, he’d go with them. The other hunters decided to stay at the cabin for the day, but Hubbard wasn’t so easily put off.

And hunt they did. It’s illegal to use ATV’s in this part of the province, Hubbard says, partly because the terrain is so rough and swampy that most vehicles would have a hard time getting anywhere without getting stuck anyway. So Hubbard and Benoit set out on foot an hour before daybreak, and they made it about three miles before stopping at the first good glassing spot.

“We sat down for about 15 minutes, and got so cold that we realized we were going to have to stay on the move to stay warm.”

Benoit had also spotted a group of caribou, though, and recommended they head a couple miles farther into an area he hadn’t hunted before. The two pushed on, zig-zagging around bogs and ponds for most of the way.

“We walked about another two miles and we stumbled on him”, Hubbard says, referring to the first glimpse they got of the big woodland bull from about 500 yards. “He had five cows with him and he was clearly the king. There were two other smaller bulls, and he was running them off and chasing the girls and having himself a good time showing off.”

The two crawled within 300 yards of the bull. The bull trotted a little closer, and Hubbard fired his Browning .300 Win. Mag. from roughly 280 yards. The big caribou trotted about 15 yards before dropping.

Hubbard was then able to fully appreciate the benefits of a guided backcountry hunt, as they de-boned the bull before calling a chopper in to retrieve the game bags of meat. Then the two hunters packed out the antlers and made it back to the cabin around nightfall.

The giant woodland caribou green-scored 372 inches, which is impressive considering that only three woodland bulls have ever broken the magical 400 mark. Those were taken in 1910, 1951, and 1966, however; the fourth largest—and more recent—bull measured 384 2/8 inches and was killed in 2005.

For Hubbard, though, the numbers and scores are meaningless when compared to the friendship he established with his guide, and the unforgettable experience they had in the Canadian backcountry.

“I just like to give respect to a good animal,” Hubbard says. “And that’s a very respectable animal. It’s more about that than it is anything.”