This spruce grouse is a bird of a different feather 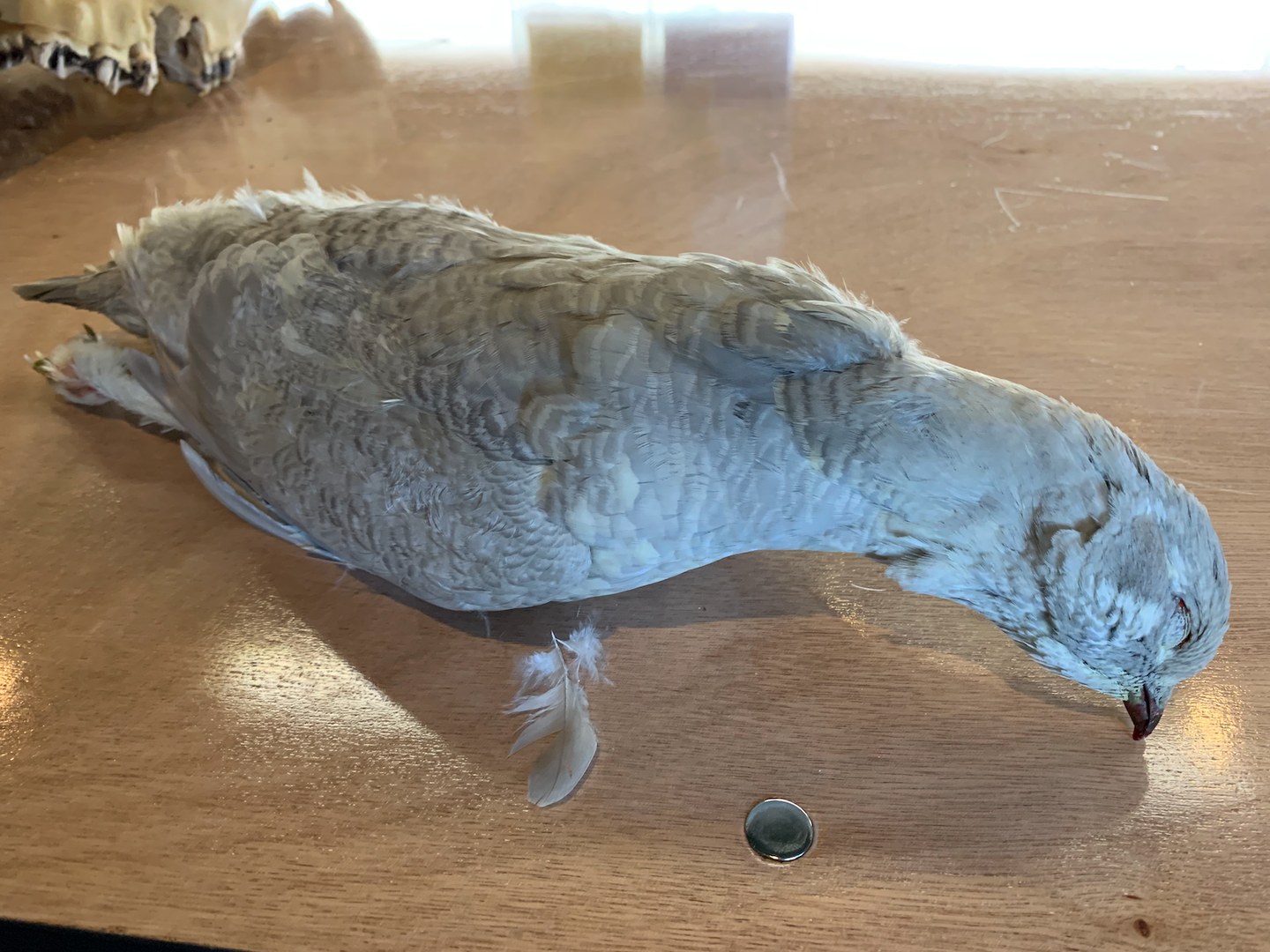 Working as a fur handler on the side, I’ve had the opportunity to see some pretty unique animals that have been taken by hunters and trappers over the years. (That includes an albino wolverine and a pair of albino river otters). In a place as big as Alaska, there will always be a few unique critters taken by hunters, and earlier this month I was lucky enough to see another one.

I happened to be in the Fairbanks Alaska Department of Fish & Game office when a hunter brought in what initially appeared to be a ptarmigan. The gray/white mottled bird didn’t seem unique to me until biologist Tony Hollis said, “that’s a spruce grouse.” We snapped pictures and admired the unique bird, noting the stark contrast between it and the spruce grouse’s typical dark mottled coloration.

Later that day, the ADF&G Wildlife Conservation – Interior and Eastern Arctic Alaska Facebook page posted several photos of this bird, along with a mounted one they have on loan. Although some might think this grouse is an albino, it’s not. Leucism is a similar condition, but results in only a partial loss of pigment, according to Hollis. He says that because it only causes a partial loss of pigment in the cells, the eyes of the animal appear normal, rather than red or pink as would be the case in an albino animal.

Although ADF&G doesn’t have statistics on the rate-of-occurrence of Leucism in grouse, it’s less-rare than albinism according to Hollis, but still a noteworthy occurrence. Any animal or bird species can have leucism, including lynx, which produces the rare “blue” color-phase. The statewide population of spruce grouse is also unknown because of the highly weather-dependent nature of their existence, but they are likely the most-common species of grouse in Interior Alaska. I’ve seen (and shot) a ton of them, and this is the first Leucistic spruce grouse that I’ve ever seen.