"This buck was unlike any other deer I've hunted." 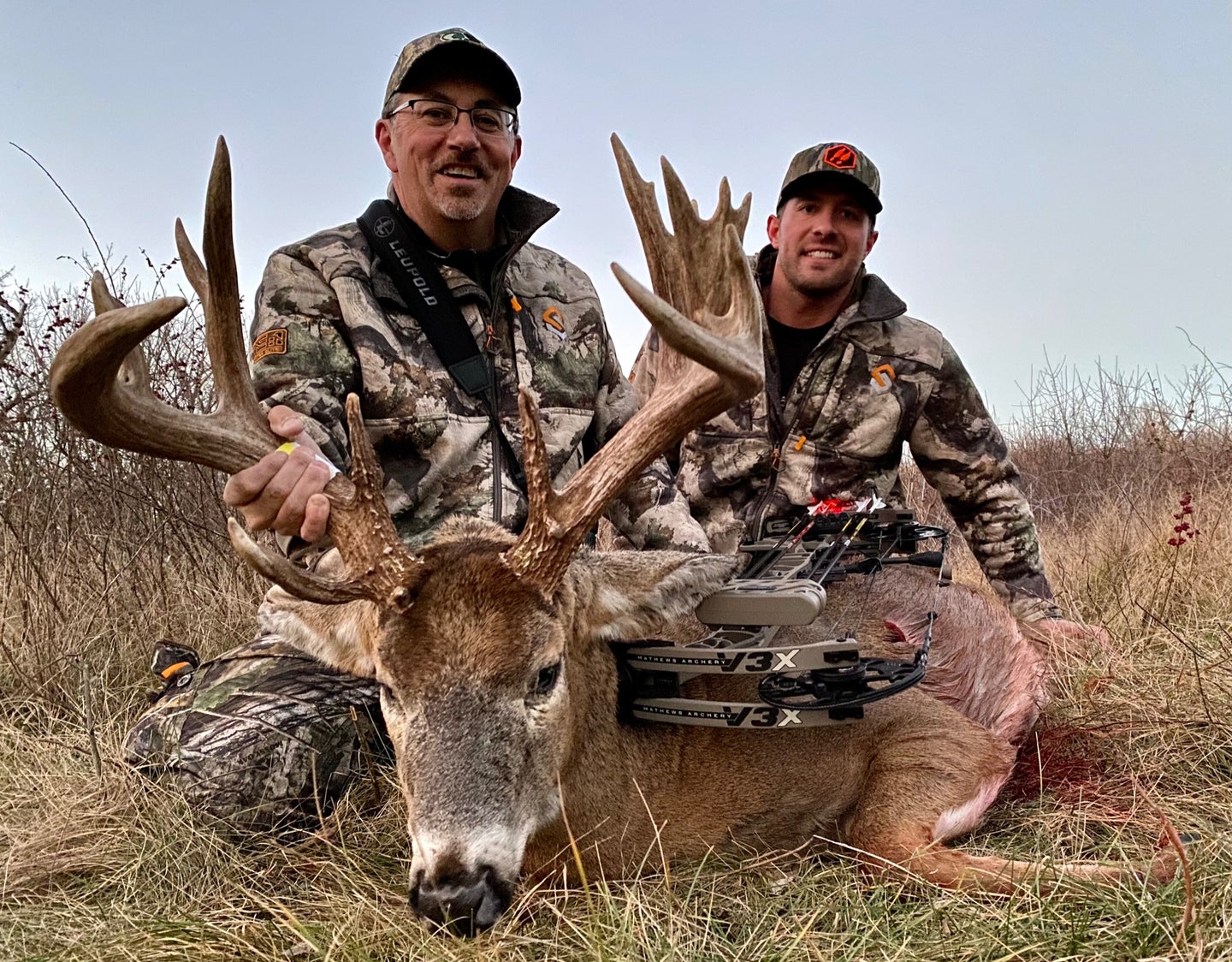 Mark Drury says the deer he called “Forked Buck” was everywhere, and yet nowhere.

“This buck was unlike any other deer I’ve hunted,” says Drury, of Drury Outdoors fame. “Collectively 8 or 9 of us on our Drury team hunted him for years, and he was so very odd, so nocturnal, we dreaded the thought of even trying to figure him out and hunting him. We considered him impossible to kill, always doing something we simply couldn’t plan for his next move or set up to have a good chance to take him.”

Drury’s hunting property is marked with many remote trail cameras over various places on rolling Iowa farmlands and wooded areas. He’d often get photos of Forked Buck at one spot, then get photos of him on the same day one mile away.

“In mid-December we had a big windstorm with up to 70 mph gusts,” says Drury. “It wasn’t safe to hunt, so we all stayed home. But at 1:12 p.m. I get a photo from a remote camera and there’s Forked Buck working a scrape on a food plot edge in the middle of the day, during a howling windstorm. I never got another photo of any other deer all day, except him, hitting a scrape at midday in a gale. He’d just travel, never bed down, come out and just keep going and going, we never could get in front of his movements to plan an ambush to take him.”

Drury and his crew played hunting chess with Forked Buck off and on for four years, finally ending the the game on December 20.

“We’d just had two weeks of Iowa firearms seasons, and the deer hunting pressure was intense,” says Drury. “But we decided to hunt the first morning of the primitive-weapons season right after that. Before daylight, as we’re going through a farm gate to a hunting spot, I get a trail camera photo on my phone and there’s Forked Buck already in the food plot we’re going to.”

Drury and cameraman Wade Robinson hunted until mid-morning never seeing Forked Buck. As they were leaving the blind Drury gets another remote camera photo of Forked Buck at 9:15 a.m. at a spot 400 yards away.

The buck should have been bedded, Drury says, but he was on the move. Drury kept a log of when and where photos of Forked Buck were captured over the years, and he suspected the buck would show up at a field a half mile away (since he’d hit the field during previous seasons). So that’s where Drury and Robinson headed, to an elevated shooting house overlooking a radish food plot. They settled into the blind, waiting and watching, and before long Robinson saw a buck that came in from behind the blind—It was Forked Buck. The massive deer walked beneath the stand and stepped into the field to eat radishes.

“The wind was perfect for us, and I quietly opened a vertical window on the Muddy Bull Blind, and waited for Forked Buck to turn broadside at 25 yards,” says Drury.

The buck turned, dropped his head to feed, and Drury made a great shot on him with his Mathews bow. It was all recorded on video, which will be in a forthcoming Drury Outdoors episode, and highlighted on Drury’s popular DeerCast app.

Drury says the 200-pound field dressed buck has 18 scorable points, is 7 to 8 years old, and green gross scores at 190 7/8-inches. Drury says he’s amazed by the four-year hunt for a buck that he thought would never be taken.

“He’s the best Christmas present I could have gotten this year,” Drury says. “I’m so very glad we got him, and we sure learned a lot pursuing this odd and remarkable animal.”