Wisconsin bowhunter Adam Hupf arrowed this 14-point buck in Dodge County on October 11 this season, and the Wisconsin Buck and Bear Club recently confirmed the kill as the new state record.

As the 2014 archery season approached, Hupf had a particular buck on his mind. He first spotted this deer in 2011. Then, last year, Hupf reported seeing the buck twice as he slipped away into a patch of canary grass. On-stand sightings and trail camera photos shared between neighbors helped pinpoint the best location and conditions to take the buck.

In October, Hupf discovered one of his own game cams had captured the 14-point near his stand. Checking in with the neighbors revealed they hadn’t seen the buck for nearly two weeks. Hupf suspected the buck had moved onto his property for the time being, and climbed into his stand that evening. The breeze slowly shifted to the south as Hupf hunted: this was the wind he’d been hoping for.

Here’s the story from the Wisconsin Buck and Bear Club:

As the dusk was nearing and just 20 minutes before closing time Adam stood up to ready him for any late breaking action. Just as he stood up he noticed some movement, a small buck that slipped by, as Adam stayed undetected. Shortly after another buck appeared, and a great one at that! Adam grabbed his bow, slowly flipped his portable seat up on his treestand and clipped his release onto his bowstring.

Adam said to himself, “Just take that trail right there,” only to have the buck veer onto the trail that lead right towards Adam’s treestand just 18 feet up in the nearby tree. At 9 yards the buck stood quartering towards Adam. What was actually a two-minute wait seemed like two hours as the buck finally turned as Adam held the pin behind the front shoulder and finally released his arrow. The buck jolted and ran as Adam tried to regain his composure and relive what had just happened.

Adam waited a few minutes and descended from the tree to recover his arrow and in five feet had found the beginning of a good blood trail, confirmation of beginning of the end of the pursuit of the big buck.

With a net score of 191 6/8 inches, Hupf’s buck has been confirmed as the new No. 1 typical archery whitetail on record in Wisconsin by almost two inches. The previous record-holder was taken by Dusty Gerrits in 2012, which scored 189 7/8 inches. Wisconsin currently ranks as the number one state/province in Boone and Crockett Club entries for typical whitetails, with 1,068 typical bucks on the books. 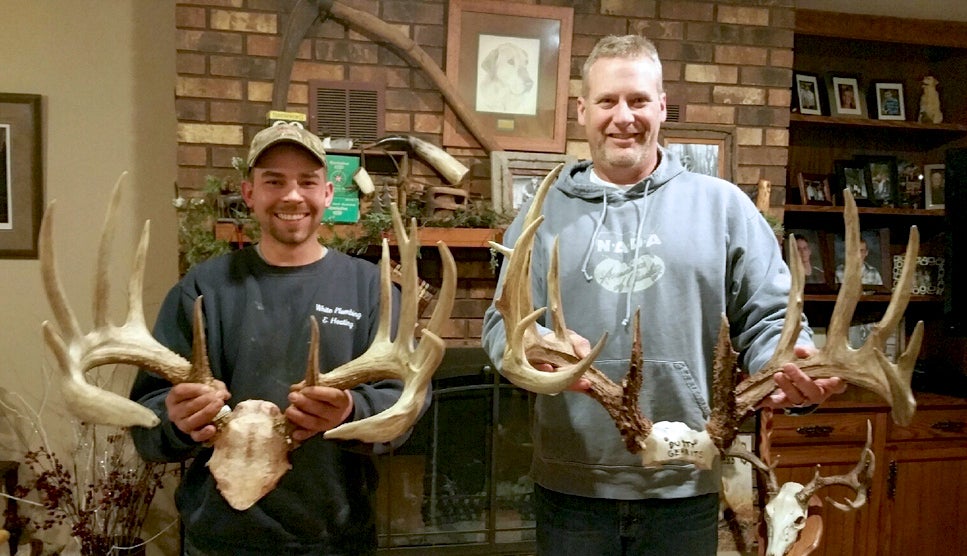