Breaking: New Hampshire Votes Down Bill That Would Have Ended the Capture of Hares and Rabbits for Hunting Dog Trials 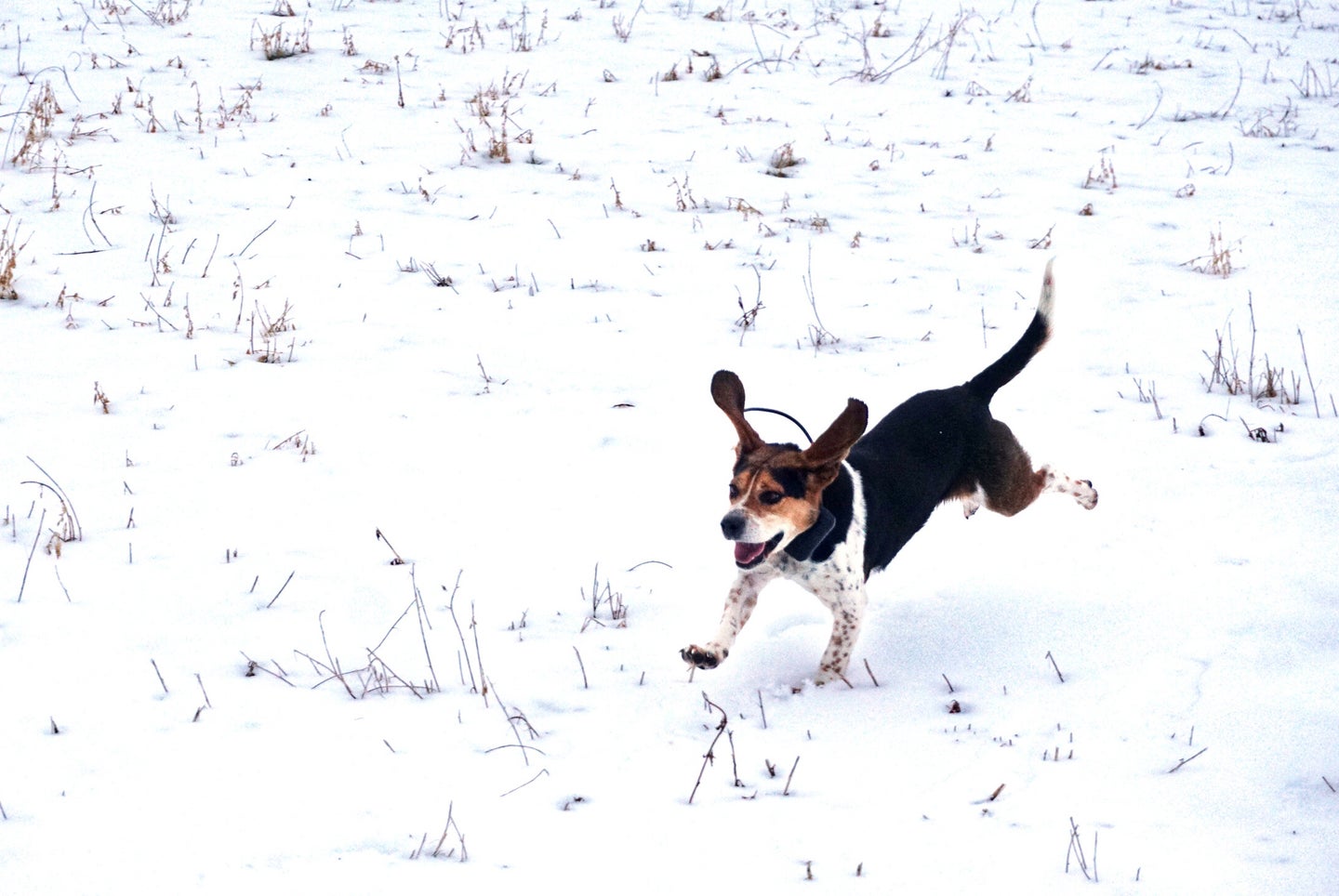 Lawmakers in New Hampshire are attempting to put an end to beagle-club activities. Natalie Krebs
SHARE

By a vote of 18 to 1, New Hampshire’s House Fish and Game and Marine Resources Committee struck down House Bill 1308 Tuesday. If passed, the bill would have “prohibited the capture, possession and propagation of hares and rabbits for hunting dog training and field trials.” Trainers and beagle club members in New Hampshire capture wild hares and rabbits for training. But supporters of the bill countered that removal of the hares from home habitat, along with training methods, is harmful and cruel. With the bipartisan vote, the bill is essentially dead as both political parties are opposed to it.

“I would like to thank everyone from individuals to organizations that helped pool together and take a stand for hunters, and in this case houndsmen and women,” posted Project Upland founder and N.H. resident A.J. DeRosa on his Instagram account. “I cannot express how important it was that the pointing dog and flusher/retriever world supported the hounding community. Hounds have become an ongoing first point of contact to start banning our hunting dog traditions in legislation across the country.”

The bill was introduced Jan. 5, by Reps. Edith Tucker (D) and Dennis Thompson (R). It had the support of anti-hunting group Voices of Wildlife in New Hampshire, which also has advocated for changes in the state’s regulations for coyote hunting.

Read Next: The Downfall of the California Bear Hunting Ban Proves That Hunters Can Make a Difference When We Stick Together

Beagle trainers often use live-trapped cottontail rabbits or hares for training of the slow but persistent hounds. Clubs use large enclosures of dozens of acres for training, where hounds track the hares or rabbits, with trainers often combining old and young dogs during the sessions. Field trial competitions also may be held with the live-released hares or rabbits. New Hampshire Fish and Game issues permits allowing the capture and use for training. Previously, the New Hampshire Fish and Game Commission voted 10-1 against the bill. It has no legislative oversight, but the vote is a show of support for the beagle clubs, trainers, and hunters. The 11 commission members are appointed by the governor, one for each county in the state. No more than six commissioners may be members of the same political party.

The president of the New Hampshire Beagle Club, David Price, told Project Upland that the bill’s supporters are ignorant about the training process. Trainers and field trialers invest time and money in the training sites, habitat, and supplemental feed, along with meeting the state wildlife agency’s myriad requirements.

“I think some the people think we’re taking the hares to the pen, dump them out of the box, and let the dogs run them down until they catch them and kill them,” Price said. “They think that’s the way it is; they don’t realize our dogs are running on scent. Very rarely do they (the dogs) ever put eyes on it unless they’ve got a big, open area, but within seconds that hare is gone. I’ve watched my dogs every week; a hare will run up to me, scratch its ear, nibble on a bush, wait for the dogs to get close, and take off. He’s not stressed at all; he’s got the advantage on my dogs who run 8 to 9 mph.”

The beagle clubs are supported by the Northeast Beagle Gundog Federation, which represents 40 beagle clubs in the region. New Hampshire has five beagle clubs. According to Project Upland, the federation claims that passage of the bill “would essentially destroy these clubs, forcing them to close their doors to members and competitors. Closing these clubs would result in loss of tourism; loss of economic benefits to local, rural economies; loss of recreational opportunities and loss of important land conservation benefits.”

“Proponents of House Bill 1308 cite cruelty and clubs’ inability to properly care for hare as reasons to ban trapping and possession of hare and rabbits,” the testimony continued. “Consider that the object of beagle training and field trials is to develop and promote skill in trailing hare and rabbits, not to capture or kill them. Clubs are greatly invested in sustaining sufficient game populations on their grounds. Thousands of dollars are spent annually at these clubs to improve hare habitat. … New Hampshire currently has more restrictive regulations concerning trapping of hare and rabbits than any other state. No other state has limits on the number of hare trapped and relocated or a requirement for a veterinary inspection.”

Read Next: Beagles, Religion, and Rabbit Hunting in the Pennsylvania Hills

Along with the regional Gundog Federation, the bill garnered interest and opposition from the American Kennel Club and Congressional Sportsmen’s Caucus, which labeled the bill as “a proxy attack on hunting and many other outdoor sporting opportunities.”