Shane Lee caught the 13-foot, 4.25-inch gator on a limb line baited with a dead raccoon 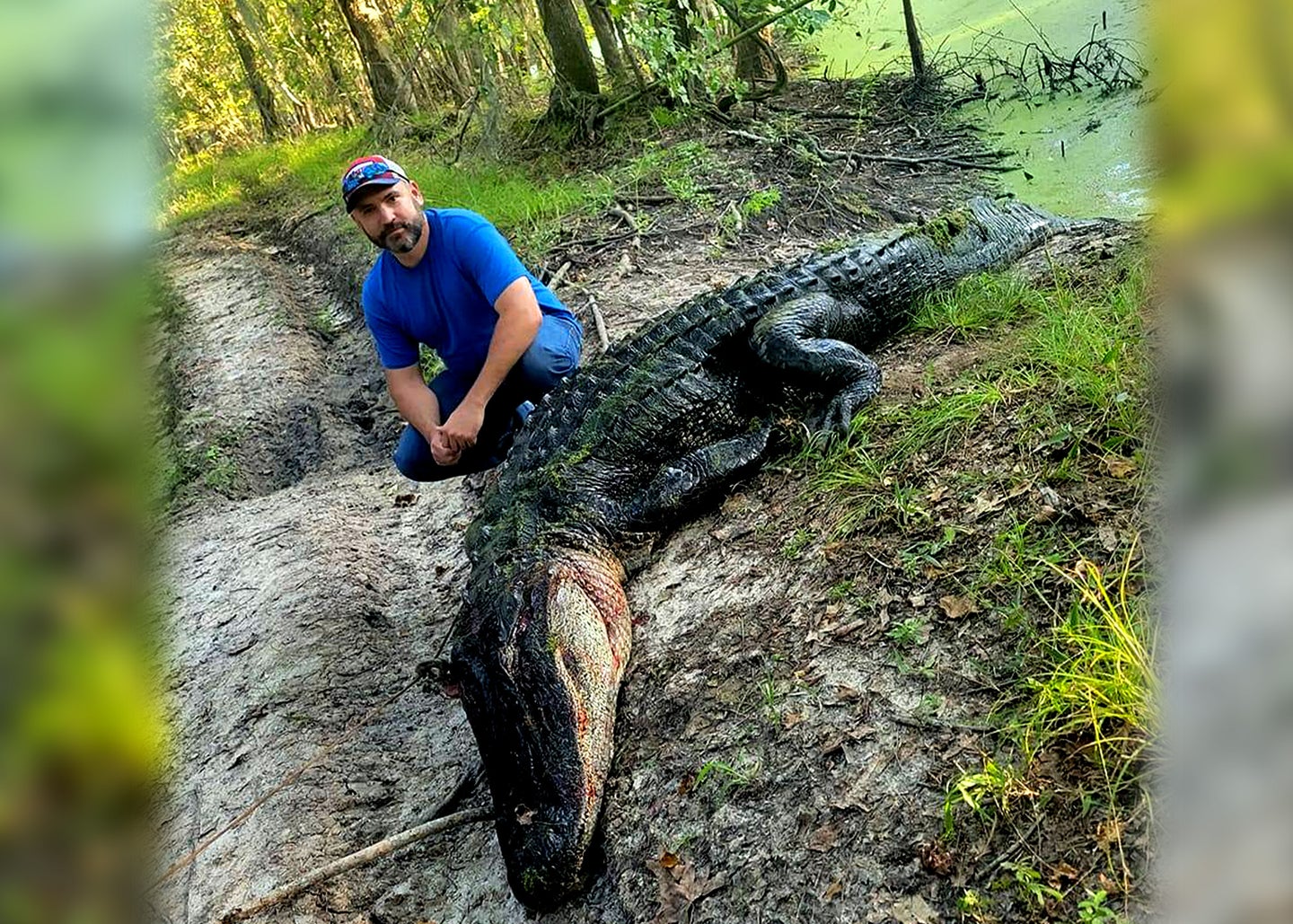 You can chalk it up to beginner’s luck, or just being in the right place at the right time, but a man in East Texas caught his first alligator on Tuesday, Sept. 13, and it was a giant. The big, old gator stretched out 13 feet, 4.25 inches from the tip of its nose to the end of its moss-covered tail.

Shane Lee caught the gator with the help of his nephew Lance Stephens and his friend Jerid Ellis, according to the Bluebonnet News. The three hunt a deer lease in Tarkington, Texas, which is west of Beaumont and just east of Cleveland, where Lee lives. He and Stephens heard the lease had 10 state-issued alligator tags available, and they each got lucky and drew a tag. The Texas Parks and Wildlife Department issues a number of private landowner tags each fall to cull alligator populations, and the open season runs from Sept. 10 to Sept. 30.

Stephens filled his tag on the Saturday prior. Three days later, the three men headed out to a waterhole on the lease where they regularly hunt ducks.

“We are out in that water all the time duck hunting and we never knew that alligator was even in there,” Lee told the local newspaper. “We didn’t know there was one that big in there. We had never seen him before.”

The three men figured if you’re going to target a large reptile, you might as well use a large bait. So, they attached a limb line to a tree on the bank and baited the line with a big, dead raccoon.

They returned awhile later and saw the tree shaking as the big gator thrashed and rolled on the end of the line. Together, they hauled the giant reptile close to the shore and killed it with a quick shot to the head. The 13-footer was far too big for the three men to pull it out of the water on their own, so they used the winch on their buggy to haul it on shore.

Later that evening, they took the animal to Porter’s Processing in Anahuac, saving the hide and head to be tanned and mounted. Lee told the Bluebonnet News that the mossy-tailed gator is estimated to be between 65 and 75 years old.