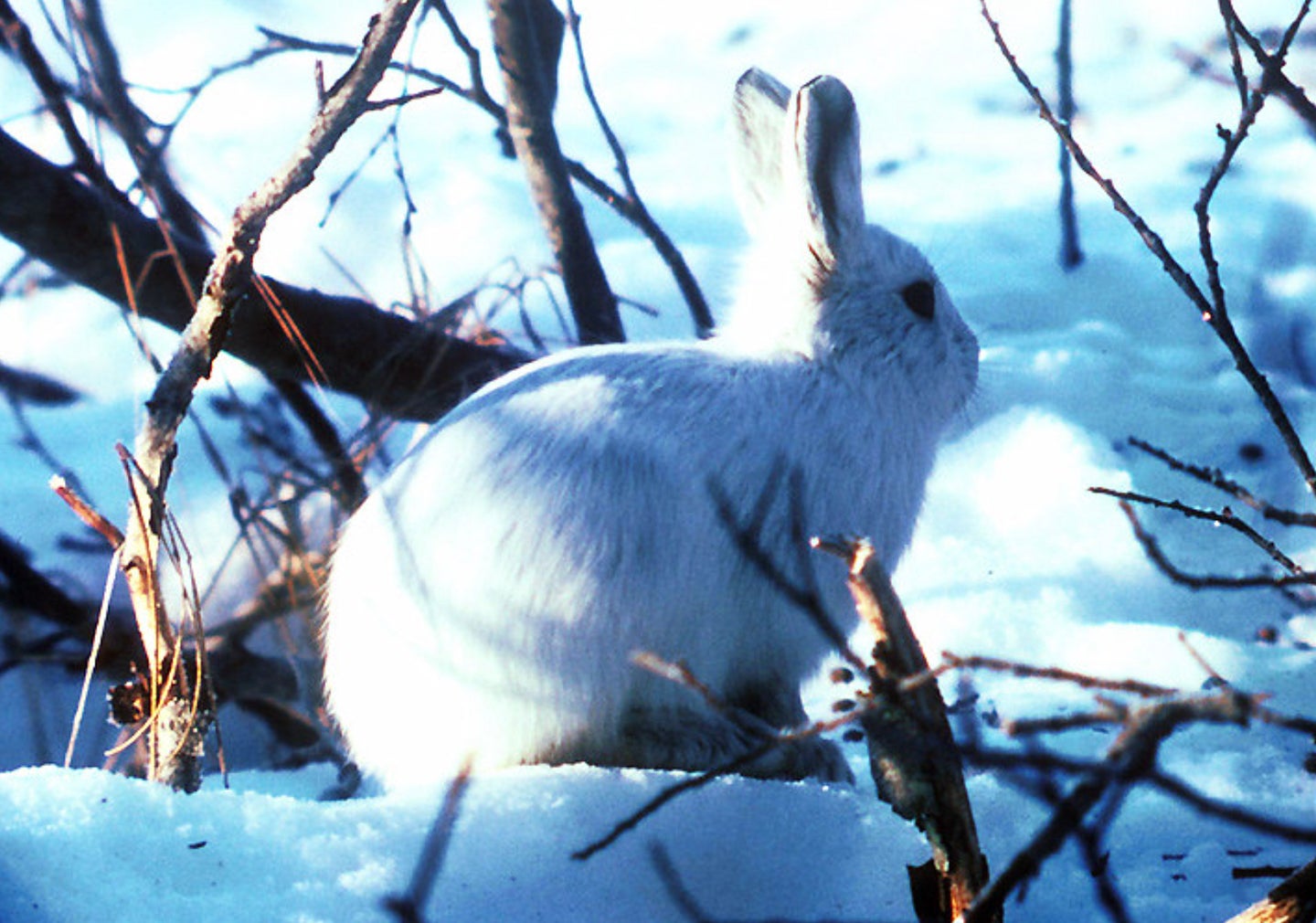 The record-setting journey of a wild hare across Nunavut has been documented by Canadian researchers, who were surprised at the distance the female hare covered. One female Arctic hare traveled an incredible 241 miles in just seven weeks, which is the longest known distance ever covered by a rabbit or hare. The study, which was published last month in Ecology, was designed to understand the mobility of Arctic hares across arid landscapes.

“To think that such a small animal living under such extreme conditions averaged about eight kilometers [5 miles] per day across seven weeks is truly astounding,” Joel Berger, an ecologist at Colorado State University in Fort Collins who was not involved in the study, told Science News.

Artic hares are a vital component of the tundra’s food web, and are commonly are preyed upon by everything from foxes and wolves to hawks and owls. For this reason, ecologist Dominque Berteaux at the University of Quebec in Rimouski wanted to know more about hares and their movements around the desolate northern landscape.

He and his colleagues captured 25 Arctic hares on Nunavut’s Ellesmere Island and fitted them with radio-tracking collars, including the long-distance female champ known as “BBYY.” During the weeks that followed, scientists learned that Arctic hares travel plenty, with their test subjects ranging anywhere from 70 to 192 miles during the study period. But none approaching the 241 miles traveled by BBYY, who died roughly a month after the conclusion of her journey for unknown reasons.

Researchers had suspected that Arctic hares lived in relatively small territories where food is abundant, without much need to venture beyond that area. They were stunned to discover that Arctic hares were much more mobile than they previously thought, particularly in such an inhospitable climate like the Arctic.

It’s exciting to find “something unsuspected in an animal that we thought we knew quite well,” Berteaux told Science News.