The next evolution of this .380 pocket pistol 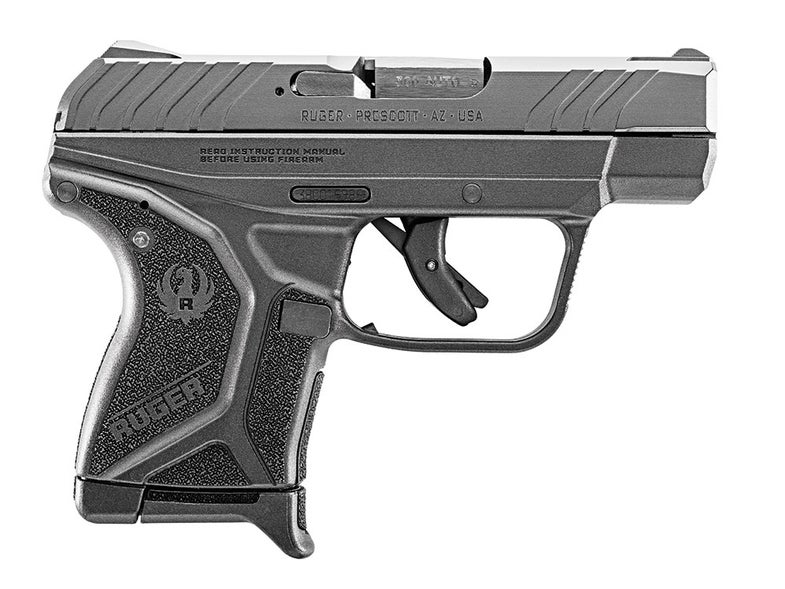 The magazine on the LCP II has a finger grip extension for better control. Yamil Sued
SHARE

With the ever-growing list of states that allow concealed carry and even Constitutional (permitless) concealed carry, smaller handguns are becoming more and more popular, and pocket pistols are one of the fastest-growing portions of this trend. They are lightweight and easily concealable, even under summertime garments. Living in Arizona, I wear shorts and lightweight shirts about 99 percent of the year, so bulky handguns are not my first choice. And even though Arizona has open carry, I prefer to keep my tactical advantage and always conceal my handgun.

When the Ruger LCP was first introduced, I fell in love with it. A light, polymer-framed .380 pocket pistol, with a very long trigger pull on a single-action-only (SAO) trigger, it held six rounds in the magazine and one in the chamber. It was a great backup to my main carry pistol.

I was perfectly happy with my LCP. I carried it in a Galco pocket horsehide holster. And when the Ruger got all worn out and beat up, I sent it to Robar for a refinish in NP3. I swore I would never give that pistol up. Well, that changed when Ruger introduced the LCP II.

Improved Features
The LCP II has a few minor aesthetic changes, but the most significant improvements are with its functionality. First, it has a clean and crisp SAO firing mechanism, with the same trigger safety normally seen on striker-fired pistols. The trigger pull on my sample was 4 pounds 4 ounces.

One feature added to the LCP II is a slide stop, which locks the slide open after the last round is fired. A change that some consider aesthetic but I find more functional is the addition of fine horizontal serrations on both the front and the rear sights. For me, this makes the sights easier to acquire.

Other aesthetic improvements include machining front-cocking serrations on the slide and giving the grip a new contour with some additional texturing.

Despite these upgrades, the new LCP II fits and functions almost identically to the original LCP. One really cool bonus on the LCP II is that it comes with a synthetic pocket holster. Even though I’m a huge fan of my Galco , the included holster works perfectly well and is comfortable for all-day carry.

At the Range
I couldn’t wait to take this pistol to the range. I wanted to test its accuracy and reliability with a couple of different kinds of ammunition. To get a second set of impressions on the Ruger LCP II, I invited my shooting buddy Scott to join me. We met at the Rio Salado Shooting Range in Mesa, Ariz., and started our test with a chronograph. The first ammo we ran was Federal’s American Eagle 95-grain FMJ, followed by Federal 99-grain HST Micro. This ammo is particularly interesting for a pistol like the LCP II since it is specifically designed to deliver better performance in short-barreled handguns by reducing felt recoil and cycling better, according to Federal.

Our chronograph results were as expected. The Federal 99-gr. HST edged out the American Eagle load by 61 fps, exiting the barrel at 811.5 fps compared to 750.2 fps.

Close-In Accuracy
We then proceeded to test accuracy. Given that this is a small self-defense pistol, we fired both kinds of ammunition at 5 yards—a reasonable distance, given how close most self-defense encounters are. Our groups were under 2 inches, but in this test, the lighter-recoiling Federal American Eagle 95-gr. FMJ grouped about .4 inch tighter.

To test reliability, we both fired full magazines as fast as we could with both kinds of ammunition at an IPSC Silhouette target at the same 5-yard distance, and the LCP II never failed.

The only minor glitch we encountered was during the accuracy portion of the test. The takedown pin on the frame started to work free, so we inspected the pistol, found nothing wrong, and pushed it back in. It never happened again, not even during the reliability test.