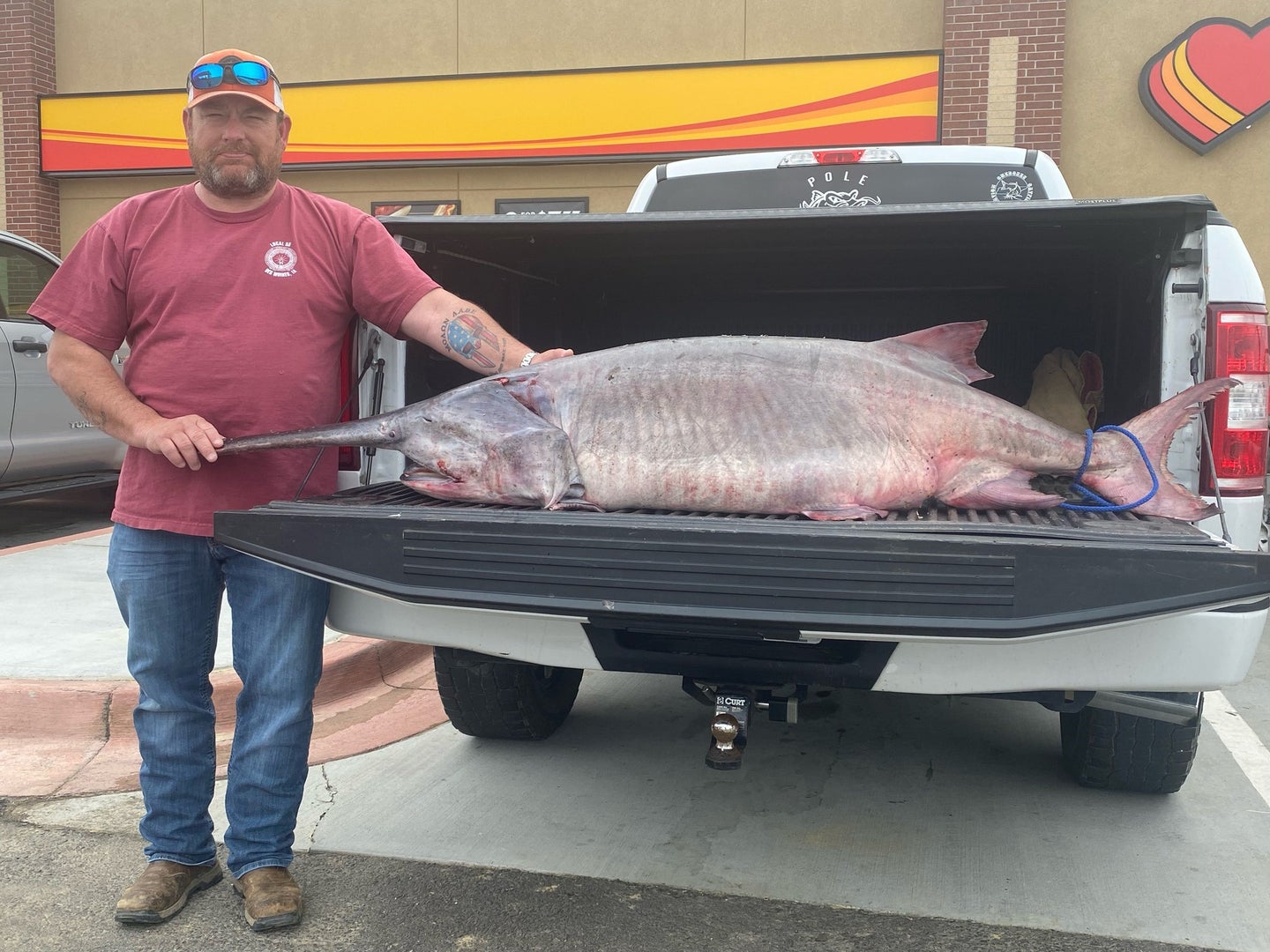 Collins caught the record paddlefish earlier that day while fishing Cherokee Reservoir, a 28,000-acre lake in Jefferson and Grainger counties. The 120-pounder was 75.5-inches long with a 41.5-inch girth, and it beat out the previous state record of 109 pounds. Coincidentally, that fish was caught out of the same reservoir by angler Leonard Jech almost a year ago to the day on April 13, 2021.

Paddlefish, which are sometimes called spoonbills or shovelbills, are native to the Mississippi River Basin, which stretches from New York to Montana and south to the Gulf of Mexico. They are an ancient species that is mostly boneless and known for being great table fare—with some anglers comparing the fillets to pork chops. Their populations have declined throughout their native range, however, mainly due to habitat alteration and overharvesting. Paddlefish have all but disappeared from four states and parts of Canada, with half the states in its home range listing the species as endangered, threatened, or a species of special concern.

Read Next: Missouri Just Confirmed This Quillback and 114-Pound Paddlefish as the First State-Record Fish of the Year

American paddlefish do not feed readily on bait and other lures, and they are usually caught by snagging. And since the International Game Fish Association does not accept snagging as a legitimate angling method, the IGFA does not recognize any world or line-class records for the species. That being said, the current “world-record” paddlefish is a 164-pounder that was caught by Grant Rader from Oklahoma’s Keystone Lake in June 2021.