10 of the Fastest Compound Bows We Have Ever Tested

Which manufacturer built the fastest bow of all time? 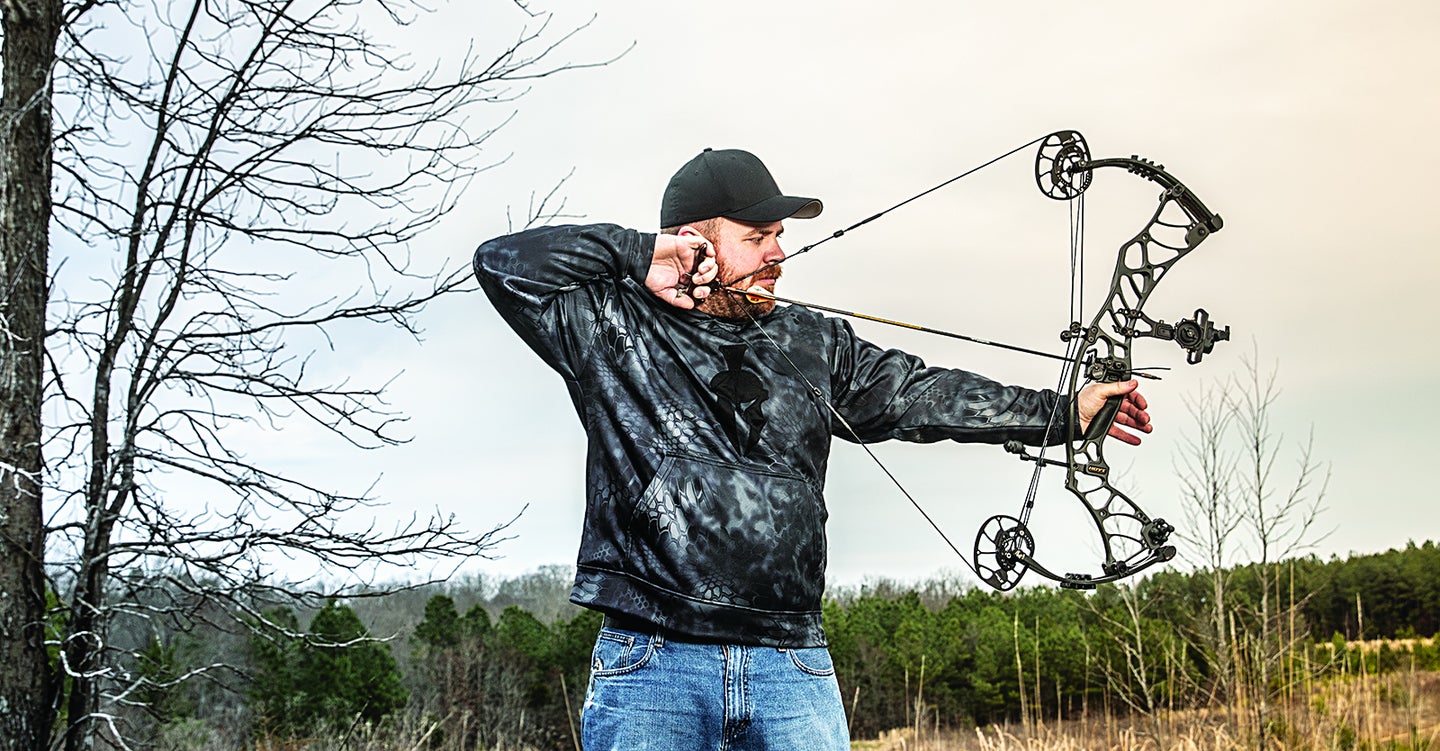 Bowhunter drawing back on a compound bow. Hollis Bennett
SHARE

It seemed a simple task. Look back over the past decade of Outdoor Life’s annual bow tests and compile a list of the 10 fastest bows we’ve ever put through our testing regiment. Turns out, it wasn’t so simple after all. It was, however, an interesting look at the evolution of compound bows.

For starters, you’ll see that we have tested exactly one bow that has topped 350 feet per second. A note here about the numbers: We do not rely upon the manufacturer’s advertised speeds. It’s not that we think marketing teams would ever fudge numbers, it’s more that we’re just a skeptical bunch by nature (and trade). Thus, the speed readings reported here were averaged from multiple chronograph measures at the testing sites. The measured bows were set to IBO specs (30-inch draw length and 70-pound draw weight) and were shot using fletchless 350-grain arrows.

Another point worth mentioning: Manufacturers can enter one model per year in the test. Often, companies make models designed for maximum speed. Those models are seldom submitted for testing, likely because we grade on things like noise, vibration and draw cycle. And, as a prominent bow engineer once told me, they could easily build a bow to shoot 400 fps. But no one would want to shoot it.

I don’t want to give away too much before we jump into the list, but I will say this: The 2019 class of bows was the fastest group as a whole, but did not include that 350 fps performer. The 2020 test is being conducted as this is written, and rumor has it the class is plenty fast. But let’s take a dive into the 10 fastest models we’ve tested thus far.

I’ve shot Mathews bows for a lot of years and the Halon series was a big-time change of pace for the creators of the SoloCam. For starters, it wasn’t a solo-cam system. And it had (gasp!) split limbs, something Mathews founder Matt McPherson once vowed to never use on a Mathews model.

Well, give credit to McPherson for being willing to admit when he’s wrong. The Halon line kicked off a series of exceptional Mathews models that always were in contention for the Editor’s Choice honor.

PSE pumps out a bunch of new models each year and the Evolve series has proven to be immensely popular. It’s done well in our tests, and the 2019 Evolve was one of the fastest we’ve tested. Other PSE models were advertised as being even faster.

Hoyt is almost always in the running as the year’s top flagship model, but, interestingly enough, the Helix is the only Hoyt model to make our list of the 10 fastest tested. The Helix is plenty fast and also has the attributes that make Hoyt so popular: it’s smooth, stable and built like a tank.

Xpedition is a relative newcomer to the world of premium compounds and it builds bows that are very much representative of today’s bowhunting focus. They’re smooth-drawing, stable and fast without trying too hard to be. In past tests, bows that tried to be the fastest of the pack used aggressive cam systems that were harsh in their draw cycle. If there is any trend worth noting over the course of this list, it’s the relative smoothness of today’s fast bows compared to those of even five years ago.

Bear has made a bunch of bows over the course of its distinguished history. The Escape, in this bowhunter’s opinion, was one of their best compounds. It’s nimble, accurate and represented a big step forward in quality and performance for Bear.

Bear, like PSE, releases multiple new models each year to cover a number of price points. The Perception is a flagship-level model and features a shoot-through riser. Unfortunately, the Perception wasn’t a tester favorite—but it was fast.

I remember well when PSE unveiled the first Dream Season model. It was the first model I can recall that featured a partnership with a TV series (“The Drury Brothers”). It was fast. It also had a fairly aggressive cam system to deliver all that horsepower. It was also one of the first models to feature ultra-short limbs and an extended riser design.

Read Next: How to Really Test a Compound Bow

Are you noticing a trend here? As we close in on the fastest bows we’ve tested, we are moving backwards in time. During the middle of this decade, the need for speed was very real and bow manufacturers fought to serve it. The RPM 360 was smoking fast and also suffered a bit from the aggressive cam setup required to produce that speed. Still, it was a top performer in the 2014 test.

If you ever want a real-world lesson in bow advancements, look no further than this and the previous entry (No. 3). Both are BowTech models and lightning fast. But the Realm SR6 features a much more pleasant shooting experience thanks to greatly reduced vibration and an improved draw cycle over the RPM 360.

And so we have arrived at the fastest bow tested. It’s a bow I remember well because the test team nearly came to blows over it. The Xpedite was smooth, accurate, and wicked fast. How could it not be the Editor’s Choice? Well, it was narrowly edged out by another outstanding model (the Mathews Triax) and it came down to noise and vibration scores. Even after all these decades of innovation, top speed still comes at a bit of a cost.