5 of the Best Cartridges for Hunting Western Big Game 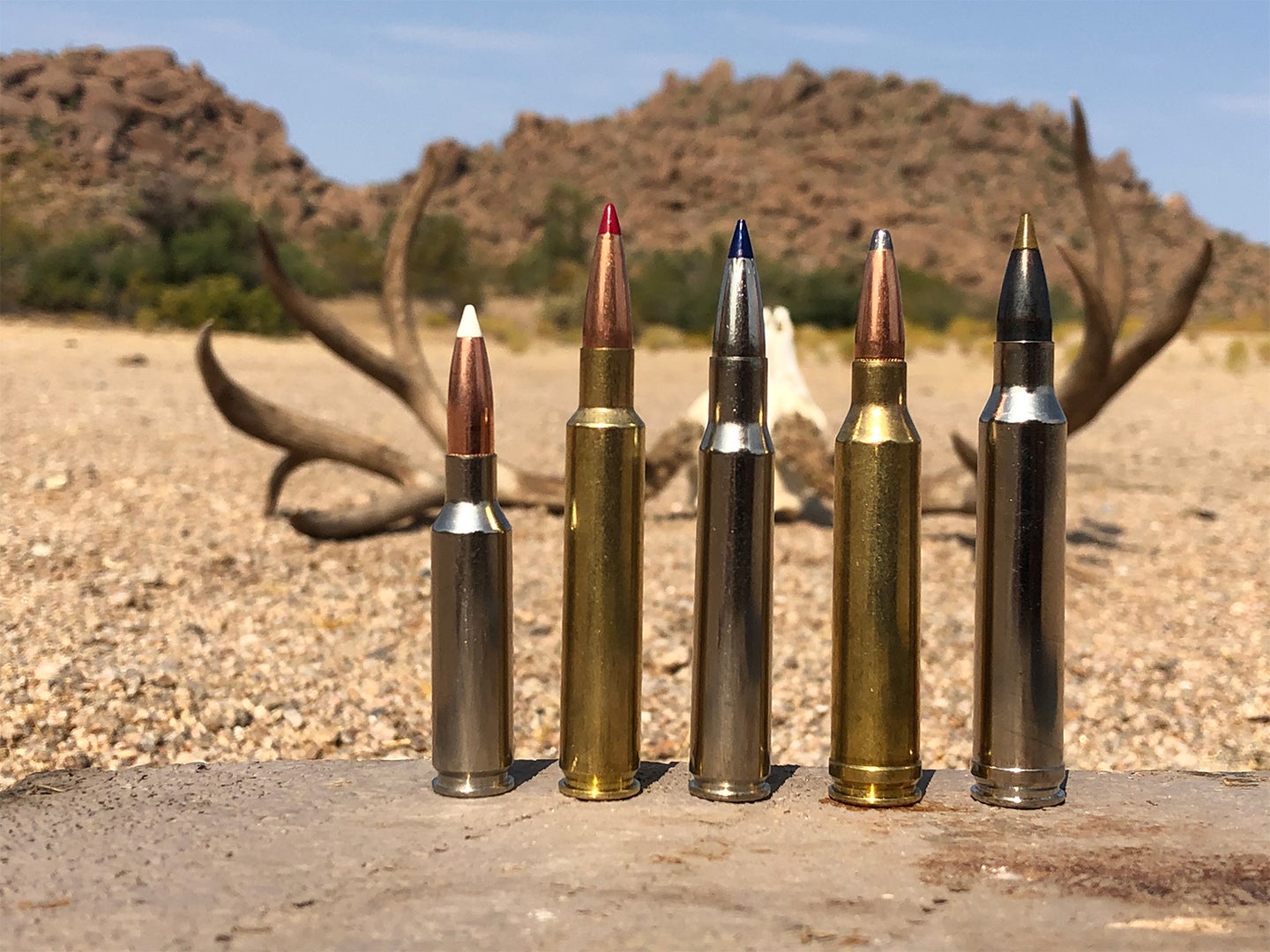 During the past couple decades shooting equipment, including rifles, optics, and ammunition, have evolved to take advantage of the, well, advantage, that laser rangefinders have brought to the field. Rifles are more accurate, scopes more capable, and ammunition more aerodynamic and precise.

I’ve been blessed to hunt extensively on the North American continent, from the wilds of Alaska to the border country of Arizona, and for mule deer, whitetails, elk, pronghorn, Coues deer, moose, and more. I’ve outfitted and guided for many years. After a quarter-century of adventuring, I’ve formed opinions on what cartridges work well for western big game.

In an effort to compare apples to apples I’ve provided typical velocity numbers from each cartridge, using Federal Premium’s excellent Terminal Ascent ammunition. This ammo is loaded with their highly aerodynamic Terminal Ascent bullets, is typically very accurate, and performs superbly on game at close or long-range. Here are my top five picks.

Last fall my 16-year old daughter Cheyenne wrapped herself across the top of a boulder, trying to steady her crosshairs on the biggest mule deer she’d ever laid eyes on. It took her a minute because the shot was difficult and the buck was at an extreme angle below her. She’s a steady lass though, and a crack shot, so when the gun went off the buck was DRT (dead right there). Sixty days later the buck officially grossed over 208 inches B&C. She killed that deer with a 6.5 Creedmoor, the same one she and her mama have used to harvest multiple deer and elk.

The Creedmoor is an awesome cartridge for young, small, or recoil sensitive shooters. Yes, it’s on the light side for the big, tougher species like elk and moose, but with wise projectile selection and proper shot placement it’s very lethal. It’s remarkably aerodynamic, and (again, with careful shot placement) is a good extended-range hunting round. It recoils politely and has a well-deserved reputation for accuracy. Ammunition is available in an extraordinary variety any place ammo is sold. Muzzle velocity with the 130-grain TA (G1 BC: 0.532) will average just over 2,800 fps, and will drop below the 1,800 fps threshold at around 800 yards.

Snow fell silently at 12,500 feet, dusting the pines with white. Vapor blew from a big bull elk’s nostrils, swirling with the falling snow, as he stared across my hidden meadow. I’d called him out of his timbered stronghold, and was now busy centering my crosshairs on his chest. My .280 roared, and the bull simply reared high and fell dead in the snow.

The .280 A.I. started as a wildcat round. A few years back, Nosler submitted the cartridge to SAAMI for ratification, and began loading ammunition. This was genius (in many firearm expert’s opinion), because the cartridge boasts 7mm Rem Mag type performance in a streamlined, genteel package. Recoil is noticeably less than the 7mm due to a smaller powder charge (lesser amounts of burnt powder and gasses exiting the muzzle), while velocity with same-weight bullets is only a few feet per second less. Many bolt-action rifles will hold five .280 rounds in the magazine, which offers a marked firepower advantage over most three-round magnum cartridge wells. Common projectile weights range from 140 up to 160 grains, with longer, heavier bullets becoming more popular for their long-range aerodynamics. The .280 is a well-balanced round that’s ideal for most western hunting.

The .280 A.I. only has one fault as an all-around cartridge. But pressed to pick one cartridge on this list, it would be my choice. It is not as readily available as the other cartridges on this list. That should change during the next few years; evidenced by the fact that now both Hornady and Federal have joined Nosler in offering ammunition for the .280 A.I.

Read Next: 10 Great Rifles for Hunting the West

The only drop-tine mule deer I’ve ever shot fell to a 7mm Rem Mag on a bright West Texas afternoon. He was sporting with some does across a ridge 340 yards distant when my bullet won the game. I hadn’t spotted the dropper – a forked affair that had the buck’s right ear pinned back against his neck – until I approached. I almost came unglued with excitement when I did see it.

One of America’s favorite hunting and long-range rounds, the 7mm shoots fast and hard. Recoil is civilized, if not courteous. Ammunition is abundantly available, and commonly loaded with projectiles in the 140- to 160-grain range. Heavier bullets, into the 180s, have recently become more popular for their superior aerodynamics and long-range capability. Most bolt-action rifles offer three-round magazine capacity, which, to my way of thinking, is a slight disadvantage.

Birthed early in the 1900s, the .30/06 has a well-deserved reputation as a great big game hunting cartridge. For over a century it stood as America’s best all-around cartridge, and only with the advent of long-range shooting technology has it conceded that position. Still, in my opinion (as well as many thousands of American hunter’s) it ranks among the top 5 all around hunting cartridges in existence.

Available in a wide variety of ammo options and bullet weights ranging from 110 to 220 grains, you can buy .30/06 hunting ammo suitable to hunt anything up to a moose. Better yet, you can find it in every sporting goods shop and service station across the country. Most rifles will hold four or five rounds in the magazine, providing plenty of firepower. The only downfall inherent to the .30/06 is that projectiles commonly used in it are not as aerodynamic as those loaded in the other four cartridges on this list. In a nutshell, it’s not as good for shooting truly long ranges.

“UNGH!” The grunt of a bull moose rolled sonorously through the pines. Reversing direction, I scampered across a tiny opening and crouched in some alders. He was coming. Only seconds later he showed, one eye and one massive antler peering around a tree. I swaggered an old bleached moose scapula above my head for him to see, and his eye rolled in anger as he started my way. He was only 35 yards distant when my .300 Winchester Magnum spoke its piece.If you’re a guy or gal who likes big, hard-hitting cartridges, (and doesn’t mind having recoil-loosened tooth fillings replaced on a regular basis) the .300 Win. Mag. is your baby. Levity aside, recoil from the .300 is not brutal, but it does by golly kick. Do not choose this cartridge if you are recoil sensitive.

That said, the .300 Win Mag is, hands down, the hardest hitting cartridge on this list. If you hunt where the need to defend yourself against big, dangerous bears might arise, or if you like to fill your freezer with elk and moose meat rather than deer and pronghorn, you should look hard at the .300. It loves heavy-for-caliber, streamlined projectiles, and is available in a wide variety of ammo from every manufacturer in the business.