When you’ve taken 20 Grand Slams with bow, gun, and muzzleloader, Outdoor Life would like to pick your brain 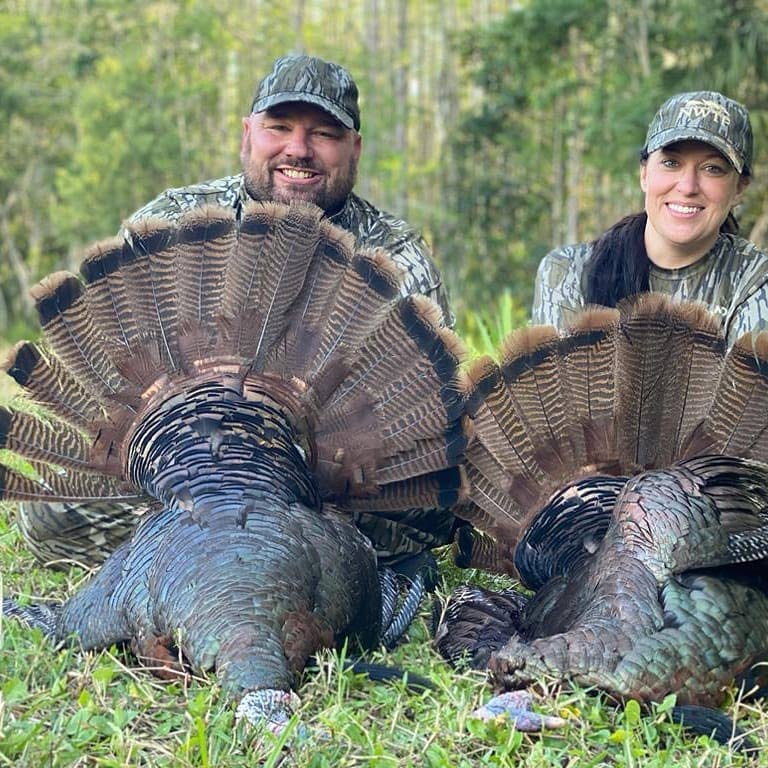 Jason Hart from Summerville, South Carolina, has been turkey hunting for 30 years and racked up 20 Grand Slams (one with every American gauge, bow, and muzzleloader), five Royal Slams, two World Slams and has harvest turkeys in 39 states on the way to his U.S. Slam. Jason received a degree in Wildlife Biology from Clemson University and has made his living in the outdoor industry working for Avery Outdoors, Quality Deer Management Association, Under Armour, Mossy Oak and is the co-founder of NOMAD and Huk Perfomance Fishing. He is on the foundation board at the National Wild Turkey Federation. We caught up with Jason recently to get his answers on some common turkey hunting questions.

Q: You’ve hunted turkeys across the country for numerous years. Which birds and what place(s) have been the toughest? Easiest?

A: “I think “tough” and “easy” birds can be found in every state. The more turkeys a property has and the less pressure it receives, the easier the hunting tends to be. I don’t always buy into the theory that western subspecies are the easiest. Although Rio Grande and Merriam’s turkeys can seem easy, if they are hunted with lots or pressure they can be just as challenging as their darker feathered relatives to the east. If I were to pick one state, I would say my home turf of South Carolina has the toughest birds I have hunted. South Carolina has lots of great turkey hunters and gets a ton of pressure. The same can be said for Alabama and Mississippi.”

Q: Generally, have you found that turkeys have become more difficult to kill over the past decade? Why?

A: “Unfortunately, I would agree with this statement, particularly in the southeast. Eastern wild turkeys are on the decline in many states and it is going to take research to determine the reasons why. Biologists are finding that the breeding hierarchy of adult gobblers is more complex than was previously thought and many states have or are considering moving their seasons to later in the spring for the good of the resource. If something doesn’t change soon, the golden age of wild turkey hunting may be over. I would hate to see wild turkey populations in the south have a similar fate to that of the bobwhite quail in 20 or 30 years.”

Q: If there was one call that you would never leave camp without, what would it be?

A: “It would be a tie between a mouth call (I currently run a Tom Teasers Butt Naked Hen) and a box call (you can usually find a Steve Mann, Lamar Williams, TJ Johnson, or Dave Holloran) custom box call in my vest).”

Q: Do you use decoys? How do you set them up and does it change as the breeding season progresses?

A: “I use a decoy 80 percent of the time depending on how far I plan to walk and the terrain. I will use a jake, feeding hen, and a breeding hen if it’s an easy walk, but I’ll sometimes just carry a jake decoy if I’m hunting mountains or running and gunning. I’ll use a strutting decoy in south Florida as Osceolas tend to be the most aggressive or in a field situation with Easterns where I know I am hunting a dominant bird or a group of gobblers that tend to run together.”

Q: You have probably done more turkey load testing than anyone. What’s your favorite load and why? What about chokes?

A: “Tungsten Super Shot has been the biggest innovation in the turkey shotgun market since the screw-in choke tube. I have been hand loading TSS since 2013 in all gauges (.410 to 10-gauge). My favorite load I currently shoot is a 20-gauge 2 1/8-ounce load I received from one of my TSS suppliers. I shoot No. 9s unless I’m hunting in a state that requires 7 1/2s or 8s. It’s a huge payload for a 20-gauge, but it tests under SAAMI pressure. My pellet count in a 10-inch circle at 40 yards is over 490. That combination will outshoot most 12-gauge, 3-inch magnums with any factory load/choke combo. I have Sumtoy Custom or Indian Creek choke in all my turkey guns with removable chokes. On my 20 gauges, I like a .562 constriction as it gives an even pattern across a 20” circle at 40 yards.”

Q: How do you field-test clothing prior to introducing it to the public?

A: “At Nomad we have some hard core hunters who work in product, sales, and marketing and we do our best to try new products in the field before they ever hit the retailer’s shelves. We are brutally honest with our design team and we are constantly looking to get better whether that is function, fabric, or aesthetics. Like the Steve Earl song goes ‘I ain’t never satisfied’.”

A: “Cut the turkey breasts into nugget or strip sized portions (make sure to remove all of the fascia aka silver skin from the outside). Marinate overnight in pickle juice— the pickle juice acts as a brine. When you are ready to fry the meat, use an egg wash consisting of 2 cups of milk, three eggs, and a mustard-based barbecue sauce. Coat each piece generously with Kentucky Kernel seasoned flour. Pan fry in peanut oil until gold. Don’t overcook! Serve with mustard base barbecue sauce or on a King’s Hawaiian dinner role with mayonnaise and a pickle.”

Q: Do you prefer to run-and-gun or sit-and-wait?

A: “Everyone likes to run and gun, but the older I get the more patient I get. Too many times I have left a spot which was later frequented by turkeys. I carry and Alps Outdoorz turkey chair in the woods and although it is extra weight to carry, I can sit motionless for hours.”

Q. How do you know when to make a move/change your set up on a bird?

A: “Every situation is different, but if you hear a bird gobbling, heading away from your calls, he is probably with hens and is following the girls. After years of experience, I’m still learning when the right time is to move. It’s one of the skills that is learned after years of failures and successes in the turkey woods.”

Q. What do you do after you’ve spooked a bird?

A: “Once a bird is spooked, he is likely done in that area and it’s game over. I will try to get to where he is heading and try call softly after he calms down, but usually the best option is to find a different bird that day.”