As turkey seasons ramp up across the country, Mark Drury provides some answers to your turkey hunting dilemmas 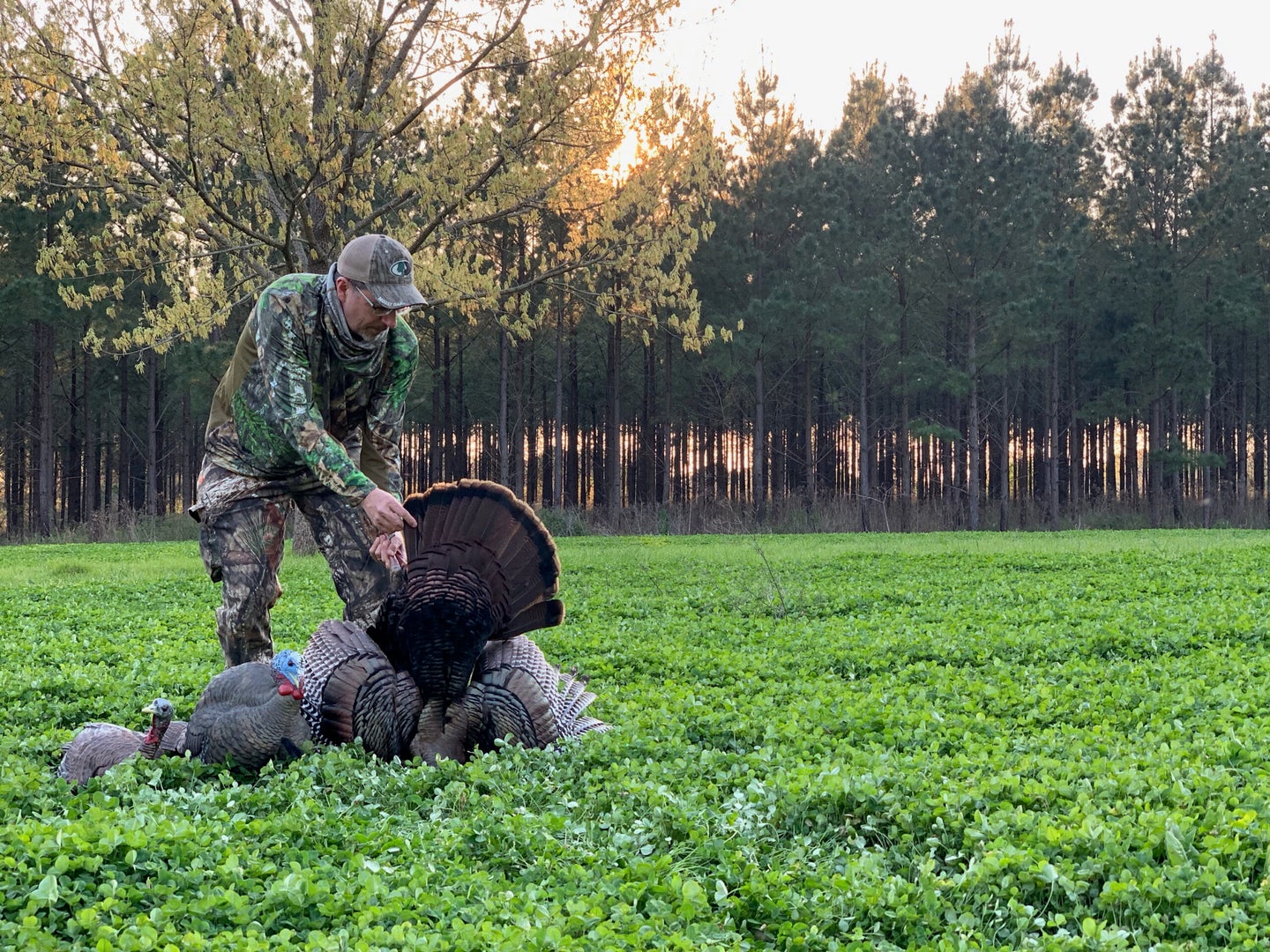 Mark Drury, president of Drury Outdoors, has captured no less than six different world turkey calling titles in his more than 150 wins. It can be said, however, that his truest passion lies with land management and ensuring the quality of a healthy animal population on his farm. He and brother Terry have dedicated their entire careers to bringing that excitement into the viewer’s living rooms year in and year out. We recently spent time with Mark to get his answers to 10 tough turkey hunting questions.

1. What calls do you use to roost a gobbler?

“My go-to is a coyote howler but I’ve had luck with turkey calls and owl hoots as well.”

2. How close should I set up on a roosted gobbler?

“As close as the visual will allow. I find myself having more success at that 80- to 120-yard range than any other distance.”

“My go-to when I have time to set them up is a laydown hen from AVINX and an HDR Jake from AVINX. I also always carry a Trophy Tom for open field situations and sneaking.”

4. If you hear several birds gobbling on the roost, which one is the best to hunt?

“I like trying the birds roosted highest in topography. Those low birds are often with hens. In flat terrain, I end up going for the bird gobbling first or most.”

5. If a gobbler walks off gobbling, should I chase him, wait on him, or try and find another bird to hunt?

“Unless he is leaving the property I can hunt, I most often do not leave a gobbling turkey. But I will try to circle out in front of his direction of travel. I don’t leave birds to find birds.”

6. You’ve worked a bird for hours and he gobbles, but won’t budge…What’s your last-ditch-effort call or tactic?

7. What’s the best strategy to use if you’re hunting a new area and have not heard any gobbling?

“Be as patient as you can. It may just be a bad gobbling day. So coming back on subsequent days might yield different results. Otherwise you may have to find a new spot.”

8. What do I do if I’ve just spooked a longbeard?

“Hit a tree or the ground with a clinched fist if you’re alone. Blame on whoever might be with you if you’re not alone.”

“Trying to get too close because they have misinterpreted the sound of where the gobble came from. I’ve seen it so many times through the years where guys just go…go..go and eventually the gobbler hushes down. A turkey’s eyesight is second to none. Stop short and be patient.”

10. What are your favorite gun, choke, and load?