3 Early-Season Teal Hangouts, and How to Hunt Them 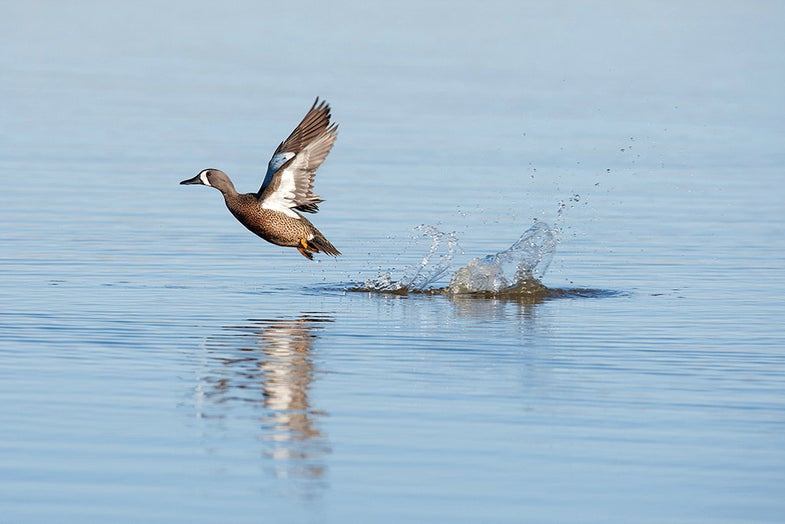 At its best, teal hunting can be downright easy. Find some water in teal country, throw out a few decoys, and enjoy fast shooting and great fun, right?

Yes, early-season teal hunting is all about good times. But a laid-back approach only works for so long on bluewings, cinnamons, and greenwings. Real teal hunting success comes down to understanding the birds better and micromanaging your setup site.

You need to find the zone within the teal zone.

Once hunting season starts, puddle-loving bluewings and cinnamons shift to smaller and smaller water, where hunters rarely go. Once, in a hard-hunted western Minnesota pothole complex, one of my sons and I set up on a 20-foot-wide ditch holding maybe 6 inches of water, and we shot a nice strap of bluewings.

Even greenwings, which are smaller in stature than bluewings but prefer bigger water, turn to smaller waters when they’ve been buzzed by steel.

Another son and I once spent a morning watching groups of greenwings drop into a maze of puddles that flanked a large marsh where several groups of other hunters waited under empty skies. Combined, they shot only two volleys at first light. The boy and I skipped our evening hunt to scout that afternoon, and we shot limits of teal back at one of those pothole hideouts the next morning.

The beauty of hunting teal on small- to medium-size rivers and streams is that nobody else thinks to hunt there. The key to success is zeroing in on the still-water micro zones that teal prefer.

Bends
Any bend in a flowing waterway will produce a backwash of calm water out of the main current. Set up here, on the pool that forms downstream and inside of the bend.

Points
The eddy behind a point also offers calm-water seclusion. Set up on the point to shoot at fly-by teal as well as those decoying in to your setup.

The key to hunting teal near a large river is getting off the main flow altogether and setting up on backwater micro zones that offer seclusion and still water. Oxbows To find a good oxbow lake or slough, simply study a stretch of river using the satellite photo feature on Google Maps. Boat, kayak, or canoe to a spot where you can land the boat, then hike in and pothole-it. Spillovers A summer or autumn with ample rain produces overflow ponds, pools, sloughs, and bays. Teal flock to these shallow, food-filled flood zones.

Teal love marshes. It’s tempting to set up where the view is big and wide. But to shoot a lot of ducks, head back to where the birds really want to be. Sacrifice 10 minutes of dawn shooting for a couple hours of small flocks, doubles, and singles back in these micro zones:

Potholes
Get up extra early and work your way back to an out-of-the-way hole, pool, pond, puddle, or opening off the big water.

Ditches
Most marshes feature some man-made ditches in or around them. Hunt these smaller waters.

Pockets
If you’re going to hunt big water, tuck your setup back in bays, coves, and pockets off the main expanse.