Meat Manifesto: The Future of Hunting Depends On Our Advocacy of Wild Protein

When you share meat from a deer, or a duck, or a fish you have killed, you are participating in... 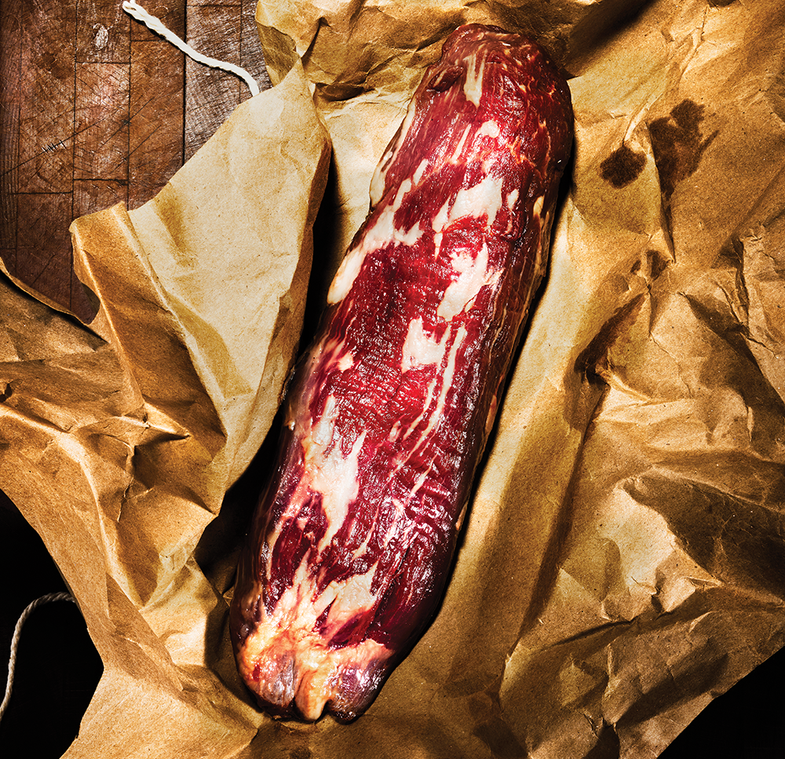 When you share meat from a deer, or a duck, or a fish you have killed, you are participating in an essential human sacrament. It was wild meat that made us who we are. And it was hunters who supplied the meat that led to the many profound physical changes that would ultimately determine our survival and success as a species.

Highly nutritious and easy to digest, meat enabled us to modify and shorten our digestive systems and to more efficiently fuel our expanding brains. As our mental capacity increased, so did our capacity for reasoning, communication, and tool production.

While these proved essential talents for effective hunting, they also represent some of the most defining characteristics of our humanness. Our expanding brain development had other effects as well. Most significantly, it enabled shorter breast-feeding periods, earlier weaning of children, and thus shorter times between births, greatly enhancing our potential for population increase.

While the pursuit and killing of wild animals for food may be contentious in some circles, its influence upon human development cannot be denied. Hunting encouraged cooperation and food sharing, values we still cherish and practice today, and which are among the best of our human inclinations. The animals we pursued and consumed fueled our biological success. Far more than this, they literally made us human.

Today, the harvest of wild meat and fish remains a necessity in many parts of the world. While it may not be a necessity for most of us, it remains an enduring tradition for more than 50 million citizens of Canada and the U.S.

In both countries, this wild harvest provides an enormous amount of organic food that is shared with a wide circle of family and friends. It reflects the conservation successes of both countries, where productive lands and waters still provide a renewable resource that is shared with perhaps a third of their citizenry. The practice of accessing this wild food drives an enormous economy, providing employment and remuneration to thousands of businesses. This creates more than 1.5 million jobs, directly and indirectly, in Canada and the United States, most of these in rural centers.

The societal value of hunting

Those who undertake this wild harvest, the recreational hunters and anglers of North America, are among the premier supporters of wildlife and fish conservation in the world.

Compare the ecological footprint of this enormous harvest of healthy food with that of industrial agriculture. Hunting requires no fertilization, alteration of the landscape; entails no use of pesticides, hormones, antibiotics, feedlots, or industrial slaughterhouses; and necessitates no large waste piles to pollute the air, land, or waters.

Given all of this, and given society’s growing demand for natural food, you might think that we would know everything about this wild harvest—how big it is, what it is worth economically, and how costly it would be to replace from both an economic and environmental point of view. The reality is that we know almost nothing about any of this. What we do know is that replacing our wild harvest with meat from agriculture would require a significant expansion of the current livestock system. This would inevitably result in loss of wildlife habitat and numerous additional environmental impacts due to associated industrial inputs. Furthermore, we know that while food-security concerns continue to intensify globally, policy makers in North America appear to seldom consider our recreational wild harvest as an ecologically sustainable alternative to farmed meat. Instead, they consistently favor agricultural development over conservation of wild land and the wildlife habitat that it protects. It is time for this to change.

We need to inform both the public and the policy makers alike that the recreational harvest of wild meat and fish by the hunters and anglers of Canada and the United States is a vital activity, providing an enormous quantity of high-quality food and contributing mightily to our economies. It is culturally significant, involving food sharing and encouraging healthy outdoor activity. It is one of the extraordinary privileges of citizenship, openly accessible to all who wish to take responsibility for their own food and who wish to contribute to wildlife conservation. Incredibly, most citizens and politicians don’t know this.

To address these concerns, Conservation Visions Inc., a private company focused on international conservation issues, along with Dallas Safari Club and a host of other partners, has launched the Wild Harvest Initiative, a multi-year effort to collect and analyze the hunting and angling harvest data from jurisdictions across Canada and the U.S. The study is a first of its kind in North America, and the largest ever undertaken anywhere in the world. By compiling this information, the Initiative will demonstrate the importance of wild lands and waters as sources of sustainable food, and will catalyze new conversation about the roles of hunting and angling in our food-production system.

The United States and Canada have long histories of successful land stewardship and conservation, dating back to the late 1800s. One of the key reasons for these successes has been the implementation of the North American Model of Wildlife Conservation. The concepts of democratic access to wildlife and sustainable utilization of wildlife as a source of food are both cornerstones of the model. How future access to wild harvest is governed will be of critical significance to the future of hunting and angling. In both nations, the North American Model of Wildlife Conservation has illustrated that sustainable use of wildlife is entirely compatible with maintaining thriving wildlife populations.

The power of sharing meat

Most of us do not hunt alone, of course; nor do the majority of us consume all of the meat or fish that we harvest ourselves. We hunt or fish with close associates and distribute our harvest among family members and friends, social traditions of great value and more important than most of us probably realize. A meal of gifted trout or venison invokes feelings of appreciation, especially in those who understand the effort required to harvest the animal. In this way, our harvest of wild animals can play a meaningful role in the lives of hunters and anglers and non-­outdoorspeople alike. Wild meat is about sharing. Whether one actually pulls the trigger or sets the hook is somewhat insignificant to the larger conversation.

That is why Conservation Visions hopes to attract a diverse group of partners to this effort, including conservation groups, hunting and fishing organizations, food-security interests, nutritionists, economists, and the outdoor industry and outdoor enthusiasts of all kinds. Everyone who believes in sustainability, conservation, and environmentally friendly food should appreciate what our wild harvest contributes to the health and well-being of our citizens.

The harvest of wildlife is a contentious topic, and every effort must be made to demonstrate its relevance in a modern and rapidly changing world. Food security, sustainability of wildlife, land conservation, nutrition, and economics are all tied to legal and regulated wildlife harvests. To those long separated from these activities by miles of concrete and steel, the mention of hunting and fishing may incite honest inquiry or outright hostility. But the world over, wildlife harvest is an integral part of human cultures and livelihoods. To some, it is a recreational pastime that also provides them with the enjoyment of nutritious and delicious food. To others, it is an absolute necessity for survival. With food-security problems and concerns for promoting healthy diets escalating worldwide, sustainable wildlife harvests have an important role to play. The initiative will illuminate this reality, while at the same time arguing for greater consideration of wildlife to human livelihoods and economies, and in land conservation. The take-home message is clear: Our wild meat is no game.

About the author
Shane Mahoney, founder and CEO of Conservation Visions Inc., is widely recognized as one of conservation’s most passionate spokespersons. A native Newfoundlander, he is a wildlife scientist, and travels the world with his message of the conservation value of hunting and angling.