You can sleep when you're dead! Many fish become more active after the summer sun goes down. Break out the headlamp -- bite is on. 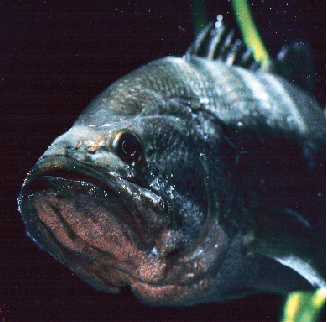 Human beings are diurnal by nature, rising with the sun, retiring with the moon, conducting the bulk of their business during daylight hours. So it’s only natural that fishermen follow the same pattern, right? Wrong.

Although the vast majority of anglers begin taking off baits and breaking down their rods once the sun sets over the horizon, those who are willing to stay with it often find the action picks up on a variety of species as the traffic disappears and darkness settles in.

Largemouth Bass
Best time: An hour after sunset to 2 a.m. during the dog days of summer, especially after a sunny day.

Lures: Splashy, dark-colored surface baits such as Hula Poppers or Jitterbugs. Make plenty of commotion and hold on.

Alternatives: A black spinnerbait on the flats, retrieved just below the surface so it throws a wake on the surface; a Texas-rigged plastic worm, crawled along the bottom just as you would in the daylight.

Locations: Fish in the shallows, around the outside of stretches of lily pads or other emergent vegetation; or around impenetrable brush piles where you can’t even shoehorn a bait.

**
Smallmouth Bass**
Best time: From just around dusk to 11 p.m. in summer after a sunny day is prime time for some serious bronzeback action.

Lures: Try fishing black or brown jigs tipped with pork frogs or plastic twin curly-tailed grubs. Veteran anglers prefer to hop the baits along the bottom near rocks or other cover to best entice vicious strikes from these hard-fighting fish.

Alternatives: Dark-colored topwater lures on deep flats or dark spinnerbaits slow-rolled along the bottom will pick up cruising smallies.

Locations: Fish the first ledge or drop-off from the bank, in 6 to 12 feet of water, to take advantage of fish moving up from out of the depths.

Brown Trout
Best time: All night long in late summer, after most insect hatches are finished for the season, big brown trout put on the feed bag. They are most voracious on cloudy or drizzly nights.

Lures: A large, splashy fly designed to mimic a mouse or vole that has fallen into the water.

Alternatives: A large streamer tied to resemble a baitfish or small trout, fished cross-current and retrieved in short, quick strips.

Locations: Stalk the stream as if you were stalking a trophy whitetail buck’s stealth is of critical importance with wary brown trout. Toss offerings at the bank in deep pools and swim it, shaking, splashing and waking as it floats downstream.

Walleyes
Best time: Any time after dark, all year long, except in the dead of winter.

Alternatives: Troll a traditional Rapala, Pencil Plug or crawler harness slowly using a three-way swivel rig, with a sinker on a foot-long dropper and a 3-foot leader. You can also just troll with a minnow bait to take advantage of suspended fish or fish the bottom with a jig tipped with a nightcrawler.

Locations: Conduct a search-and-destroy mission on the flats adjoining drop-offs or over the top of submerged weed beds. Crank the lure down fairly quickly and retrieve it with a moderate stop-and-go action. 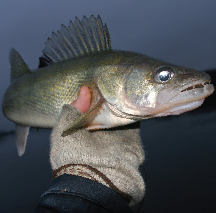