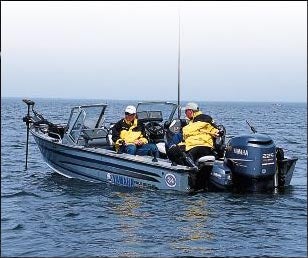 One can conjure many images of what lurks on the bottom of the waters surrounding New York City: trash, shipwrecks and more. Jeff Montalvo, a Bronx resident, though, found something that many wouldn’t imagine to be here, a monster striped bass. The cow tipped the scales at 62 pounds.

Sixty-two pounds is an impressive fish by any standards, but to come out of New York waters that are known for holding schoolies and chopper blues, is mind-blowing. Despite the size (it measured over four feet long), the striper still fell well short of the state record. That belongs to a 76-pound sea creature caught in 1981.

Montalvo was bottom fishing in Hempstead Harbor with bunker chunks.