How to Attract and Catch More Bass with Sound

Walking down to boat docks, it’s not unusual to hear crickets, frogs, katydids and other lakeside critters. Nature’s symphony tends... 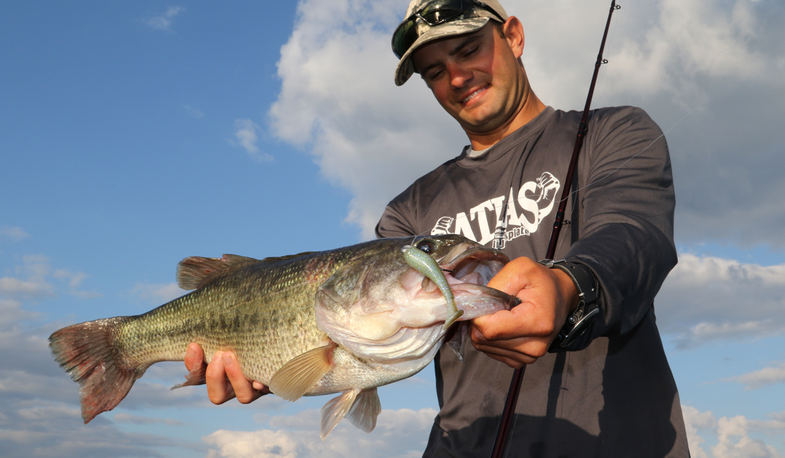 Walking down to boat docks, it’s not unusual to hear crickets, frogs, katydids and other lakeside critters. Nature’s symphony tends to dampen by the time you reach the boat, but when I stepped aboard Matt Lee’s 20-foot Legend bass boat, it sounded like we had a handful of creepy crawly stowaways.

However, the chirp-like sounds I heard weren’t from living creatures—at least none that were present on the boat. Actually, what I hear were recorded sounds of forage fish—in this case, threadfin shad—emanating from Lee’s Hydrowave unit.

With an amplifier mounted to the trolling motor foot, the Hydrowave broadcasts baitfish recordings in what’s known as tactile sounds, which the fish senses through its lateral line.

By controlling intensity and frequency, anglers can fool the fish into thinking easy meals are available, drive them into feeding competition, and increase the bite likelihood.

Lee said he’s a firm believer in mimicking bass meals, but he also employs his Hydrowave as audio camouflage.

“I use it to mask my noise,” said the Bassmaster Elite Series pro from Alabama. “I’ve seen fish spook from the boat and trolling motor, so I think that anything I can do to conceal my presence is a good thing.”

Think about it: for decades, anglers have used garlic, anise, and other scents to hide human odor.

The same principle works with sound.

Photograph by the author