What is the best bird dog breed coursing the upland fields in pursuit of pheasants, quail, chukar, grouse and other... 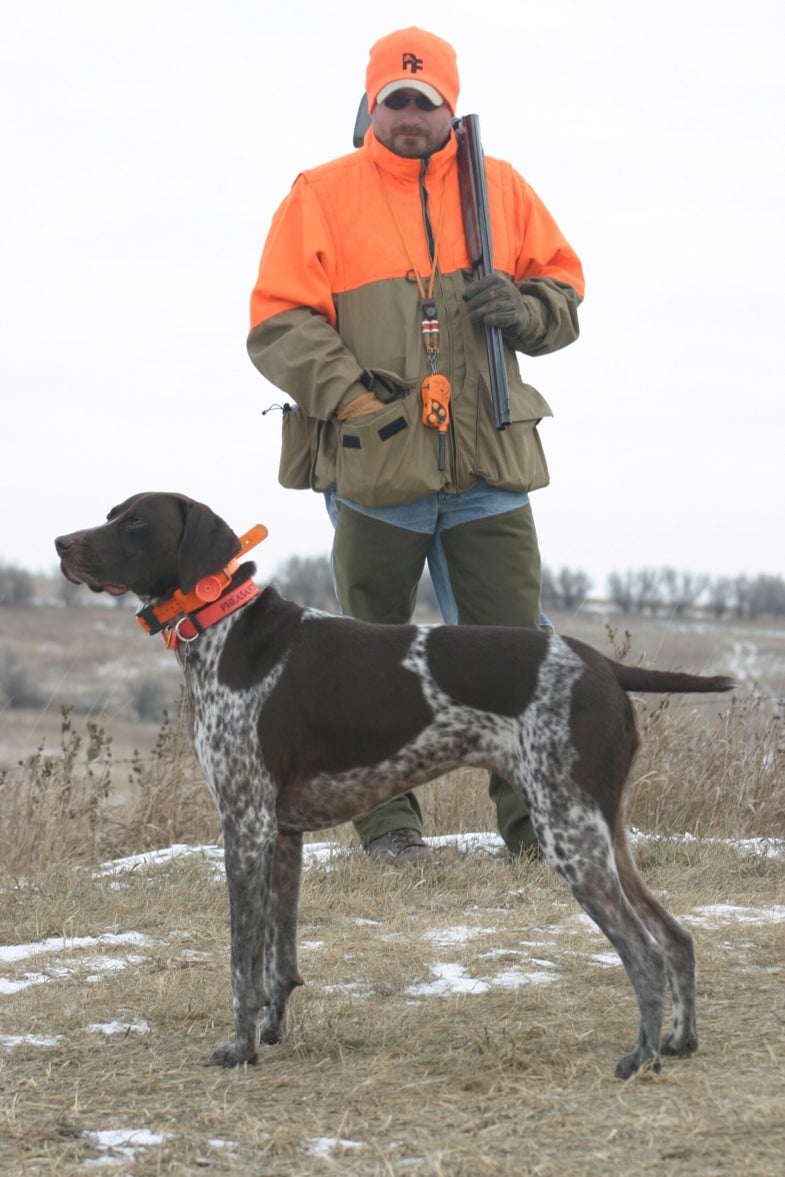 What is the best bird dog breed coursing the upland fields in pursuit of pheasants, quail, chukar, grouse and other avian prey? According to the Pheasants Forever Bird Dog for Habitat Campaign, it’s the vizsla.

I don’t actually agree with that sentiment, but vizsla owners nationwide have put their money where their mouths are to promote and proclaim the breed’s hunting prowess. And thanks to an anonymous $25,000 challenge grant, you, too, can cast a vote for your favorite breed and help protect the 32-million acre Conservation Reserve Program at the same time.

First, let me give you the details of the program and the current standings, and then I’ll pontificate on the importance of CRP and give you my thoughts on the best bird dogs.

From the PF release:

A $25,000 challenge grant from an anonymous Pheasants Forever member has ignited the most innovative fundraising campaign in the organization’s history. The Bird Dogs for Habitat Campaign challenges hunters to make a donation on behalf of their favorite dog. All donations will be used by Pheasants Forever to fight for improvements to the 32-million acre habitat juggernaut, the Conservation Reserve Program (CRP).

The $25,000 matching grant donor is inspiring fellow hunters to make a year-end, tax deductible gift to Pheasants Forever in support of the organization’s efforts to fight for the federal CRP in the upcoming Farm Bill debate. A new Congress takes office to start 2011, and the program’s future hinges on Congress reauthorizing it. The twist to this donor’s gift? He wants to connect with the passion hunters feel about their bird dogs and use today’s online and social media tools to raise the funds for habitat.

Think about the roosters you’ve bagged and the pride you’ve felt in watching your pup make a spectacular retrieve. How much is CRP worth to you?”

First of all, it’s pretty darn cool that in this day of economic frugality, there’s someone out there willing to pony up $25,000, anonymously, for the sake of habitat. Big props to the mystery man or woman who did so.

Secondly, the importance of CRP can’t be overstated. At the recent PF hunt in South Dakota, Dave Nomson, the VP of Governmental Affairs for the organization, discussed the issues surrounding program.

While there’s a successful 25-year history (the anniversary is on December 23) of renewal for CRP, that’s no guarantee it will happen again. Challenges facing the program include: across-the-board congressional slashing of funding, the necessity of bi-partisan backing in an era when party politics rules and farming practices (including keeping CRP in farmers business plans and the expansion of bio-fuel crops). The most daunting task, however, might be educating those elected officials in Washington D.C. that proclaim they know what’s best for the public on why CRP matters.

If you hunt, you understand the importance of CRP. But to put some numbers behind the idea, and to give you some facts to share with voting friends, consider this:

*More than 75 bird species use CRP.

*CRP acreage is twice the size of the National Wildlife Refuge system.

*While it costs more than $2 billion to administer the program, it returns more than $3 billion in economic impact.

*Many of the enrolled acres are part of various public-access programs that give you, me and everyone else a place to hunt; including today’s youth, which will be tomorrow’s leaders, hunters and decision makers. Access, and quality access, in my opinion, is the single greatest threat to hunting that we face.

So, for as little as a buck ($1), you can vote for your favorite bird dog and contribute to the protection of CRP. For each tax-deductible dollar you donate, your favorite dog(s) receive a vote (i.e., $10=10 votes)…and the donation is matched, which doubles your impact. It’s a win-win-win, baby!

As mentioned, the vizsla owners are leading the way in their love of CRP and breed of choice. You can see the entire list of dogs and current standings by clicking here, but the top dogs to date are: 1. Vizsla 2. Black Lab 3. German shorthaired pointer 4. Yellow Lab 5. Brittany.

The 24-dog list is a good representation of bird dogs. The problem with trying to define “best bird dog” is that there are so many species of upland birds that live in varied habitat and terrain and have completely different behavior patterns that a single dog that encompasses all the necessary traits to be successful at hunting every one is pretty darn tough. You almost have to break it down by each species of bird and then match “the best” dog to that bird and the terrain that it is being hunted in. With that said, here are some of my thoughts:

I’m going to break out pheasants from all other upland birds. Roosters are strong, wily SOBs that will flush wild, or alternately hold tight, run circles around you or out the other end of the field you’re working. If winged, a cock bird, depending upon severity of injuries, is liable to run clean out of the area. Whether wounded or not, in thick cover retrieves can be extremely difficult. For these reasons and because only roosters are legal to harvest, I’m partial to a flushing breed…a retriever to narrow it down…and a black Labrador, of course, to be specific. My second choice would be an English springer spaniel.

For other upland birds, such as chukars, quail, grouse and the like, I’d go with one of the pointing breeds. The German shorthaird pointer is tough to beat (in the photo is GSP Trammell and Bob St. Pierre, the VP of Marketing for Pheasants Forever; both survived the nights at Aberdeen’s haunted Ward Hotel, by the way), as are the English pointer, Brittany and German wirehaired pointer.