life)** and Twitter with #OLmyfavoritegun, or submit them to our Facebook page here._ John Snow picked his favorite gun because... 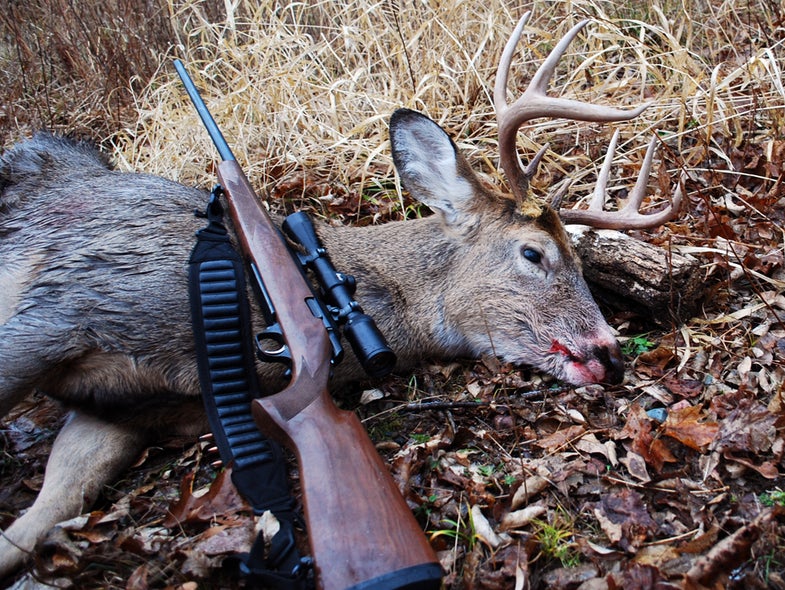 My dad bought me the rifle for Christmas when I was a junior in high school. It’s a practical gun, with a laminated walnut stock and low-luster blueing, and it shot tight groups right out of the box. From the start, the rifle had a mission: we were going to skip town for the first two weeks of my senior year to hunt elk in British Columbia, and this would be the rifle I would use to kill my first bull.

Fast forward a few months and plenty of hours at the range and now it’s early September and I’m deep into the Purcell Mountains with my dad, uncle, and grandpa on our big backcountry adventure. After a few days of hard but fruitless hunting, my guide and I spotted a small herd of elk in a valley cut in half by a small mountain stream. From our vantage point we could only see cows in the herd, but my guide guessed there had to be a bull with them, so we stalked closer.

When we got within shooting distance of where we expected the elk to be, we eased over a small hill and there, only 100 yards away, was a 6×5 bull feeding next to the stream. It was the first bull elk I had seen all trip and immediately my heart rate quickened. I rested the rifle on my pack, found the bull in my scope, and then began to fall to pieces. Try as I might, I couldn’t keep the crosshairs steady on the bull’s shoulder. He stood there feeding broadside as the guide tried to calm me down, but with each minute that passed I only grew more frantic. Eventually I decided it was now or never and slapped the trigger.

Somehow, miraculously, I managed to hit the bull in the back and he tumbled down into the stream. Two more shots finished him off.

Since then, I’ve been fortunate enough to hunt all around the country with many different guns. I still get excited, maybe too excited, and that’s caused me to mess up a handful of shot opportunities through the years. I dearly wish I could get some of those back, and I have no doubt that there will be a few more down the road.

However, I’ve never missed a shot with my A-Bolt. You could argue that’s because I shoot the rifle most often, so I’m the more comfortable with it. But, my hunch is that there’s more to it than that. The rifle is lucky, and I hunt with it every chance that I can.