How do these two cartridges stack up? We put them to the test 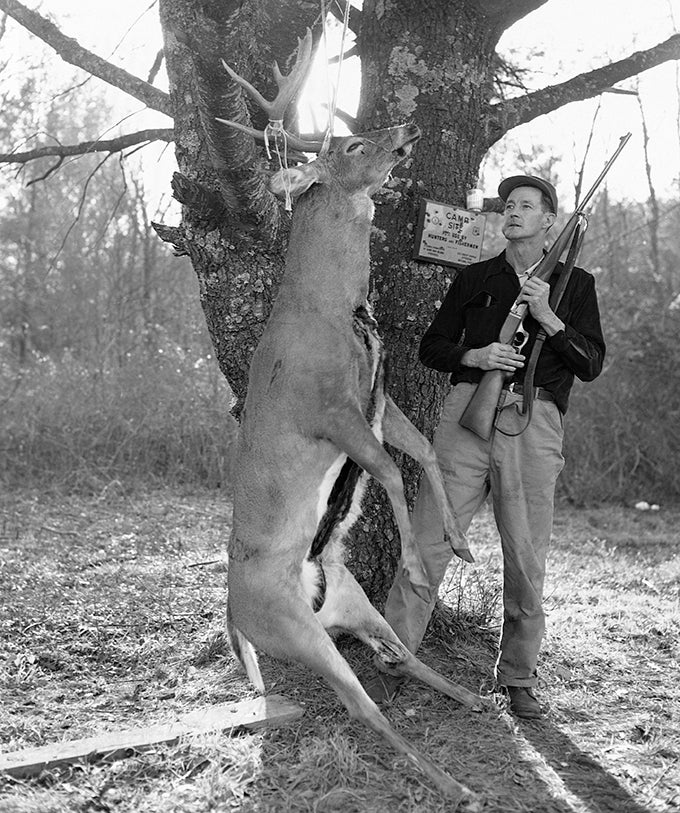 Is the .223 Rem. a viable deer cartridge? Legal for big game in some states, deemed inadequate—and prohibited—in others, it lies on a fault line that has spurred many a campfire debate. Let’s compare it to the .30/30 Winchester, which has more than a century of tried-and-true performance on deer, and see how it stacks up.

But more than ballistics charts are required to kill a deer. One absolute is that the bullet must pierce a vital organ. My son shot a large whitetail buck standing broadside at 200 yards tight behind the shoulder with a Nosler 50-grain Ballistic Tip from his .223. The deer made a mad dash for 50 yards and fell dead. Although the bullet struck the deer with only 700 foot-pounds of energy, it had turned the deer’s lungs into soup and the chest cavity was full of blood.

Another requirement is a properly expanding bullet. An ordinary bullet, with a lead core and copper-alloy jacket, expands and hangs tight when fired at the .30/30’s moderate velocity. But a suitable .223 bullet for deer must withstand 800 feet per second of additional impact velocity and retain as much weight as possible to penetrate. The Ballistic Tip my son shot the buck with was designed to quickly expand on small game and disintegrated after penetrating only 3 inches into the buck’s lungs. That bullet would have only wounded the buck on any sort of an angled shot or contact with heavy bone.

Controlled-expansion bullets are a much better choice for the .223. Bullets like the Barnes Triple Shock, Hornady GMX, and Norma Oryx hold on to nearly all of their weight when they expand. Nosler states its .22-caliber 60-grain Partition remains intact at an unlimited upper velocity, yet readily expands at speeds as low as 1,800 fps.

Results from the test

The .30/30 delivers pretty much all its velocity potential in a 20-inch barrel. For instance, Hornady LEVERevolution loads fired 160-grain bullets at 2,234 fps 10 feet in front of the muzzle of a Winchester Model 94’s 20-inch barrel. Velocity increased to only 2,318 fps from a Model 94 with a 24-inch barrel. 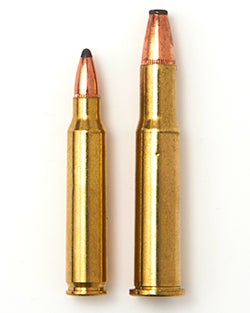 The .223 needs all the bullet weight and speed possible to become a passable cartridge for deer. Place a good bullet in the correct spot, though, and it does an acceptable job out to 200 yards, just like its ageless counterpart, the .30/30.

If there’s one thing sure about modern ammunition, it’s that right when you think you’ve found the best load for your hunting style, the ammo companies somehow make one that is even better! In this case, that’s true for both the venerable .30-30 and its lighter, faster-moving cousin, the .223.

While some of the people who use a .30-30 lever-action for deer consider the rifles to be old and slow, the ammunition for the proven deer-killer doesn’t always fit that description. Hornady changed all that some years back when it introduced its LeverEvolution ammunition in .30-30. With its soft, pointed tip, Evolution ammo could be safely loaded in tube magazines, yet the boat-tail bullet turned that old lever gun in the closet into a legitimate 200-yard rifle.

Hornady’s current Evolution offering utilizes a 160-grain bullet that leaves the muzzle at 2,150 fps and retains more than 1,000 ft./lbs. of energy at 300 yards. While that remains somewhat of the gold standard, Winchester also offers a couple of pointed loads with soft tips that perform wonderfully on deer. The company’s Supreme Ballistic Silvertip carries a 150-grain soft-tipped bullet with muzzle velocity of 2,390 fps. The load retains nearly 1,000 ft./lbs. of energy at 200 yards.

As for the .223, while it has its detractors, it has been proven on deer-sized game over and over in the past. Some new loadings should prove even more effective for those who prefer an AR-style rifle for deer hunting.

Remington’s newest .223 hunting load—the HTP Copper—is topped with a 62-grain Barnes TSX bullet that leaves the muzzle at 3,100 fps. The TSX is a proven non-lead bullet that has done the job on big game around the world since it was introduced a decade ago.