A new study conducted at the University of California-Davis suggests that the conventional advice of standing one’s ground when confronted... 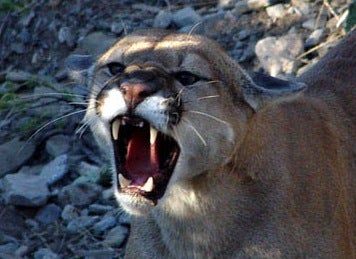 A new study conducted at the University of California-Davis suggests that the conventional advice of standing one’s ground when confronted by a mountain lion and trying to appear large might not always be the best tact.

Despite the fact that every state game and fish agency that operates in lion country recommends the opposite, the study concludes that in some instances, running might be the wisest move.

“Immobility may be interpreted by the mountain lion as a sign that you are vulnerable prey, either because you are unaware of its presence, or because you are disabled and not capable of escaping,” said the study’s lead author, psychology professor Richard Coss, who the university describes as an expert on the evolution of predator-prey relationships.

The review of 110 years of mountain lion attacks looked at personal accounts, news articles and wildlife agency reports involving 185 people in the U.S. and Canada.

One study collaborator is well-known hunting and outdoor writer Kathy Etling, author of the 2004 book, Cougar Attacks: Encounters of the Worst Kind. E. Lee Fitzhugh, a wildlife enhancement specialist with the UC Davis Department of Wildlife, Fish, and Conservation Biology also served as a contributor.

“The Effects of Human Age, Group Composition, and Behavior on the Likelihood of Being Injured by Attacking Pumas,” is published in the current issue (volume 22, issue 1) of the quarterly journal Anthrozoos: A Multidisciplinary Journal of the Interactions of People & Animals.