Got a hankering for 20,000 sushi rolls? Karen Wright has you covered. Wright, an angler from Sydney, Australia, caught a... 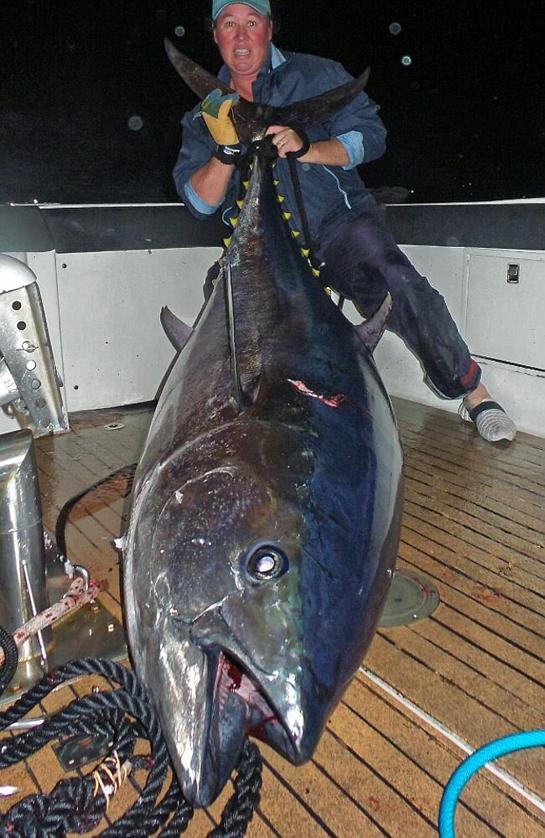 Got a hankering for 20,000 sushi rolls? Karen Wright has you covered.

When she set out aboard, Wright that she had a fairly good idea she would catch a tuna that day. “We knew the tuna were running so we took the day off work–they come down in certain currents and then they’re gone in one, two, three days,” she told the Daily Telegraph.

It took Wright 35 minutes to land the leviathan, which comes close to the current largest southern bluefin tuna on the record books with the International Game Fish Association. That fish weighed just more than 369 pounds and was harvested near Tathra, Australia in July 2009.

Although it’s illegal for recreational anglers to sell their catches, and experts predicted Wright could have made a cool $4,000 had she been able to do so. Instead, Wright distributed the fish among her friends and family.