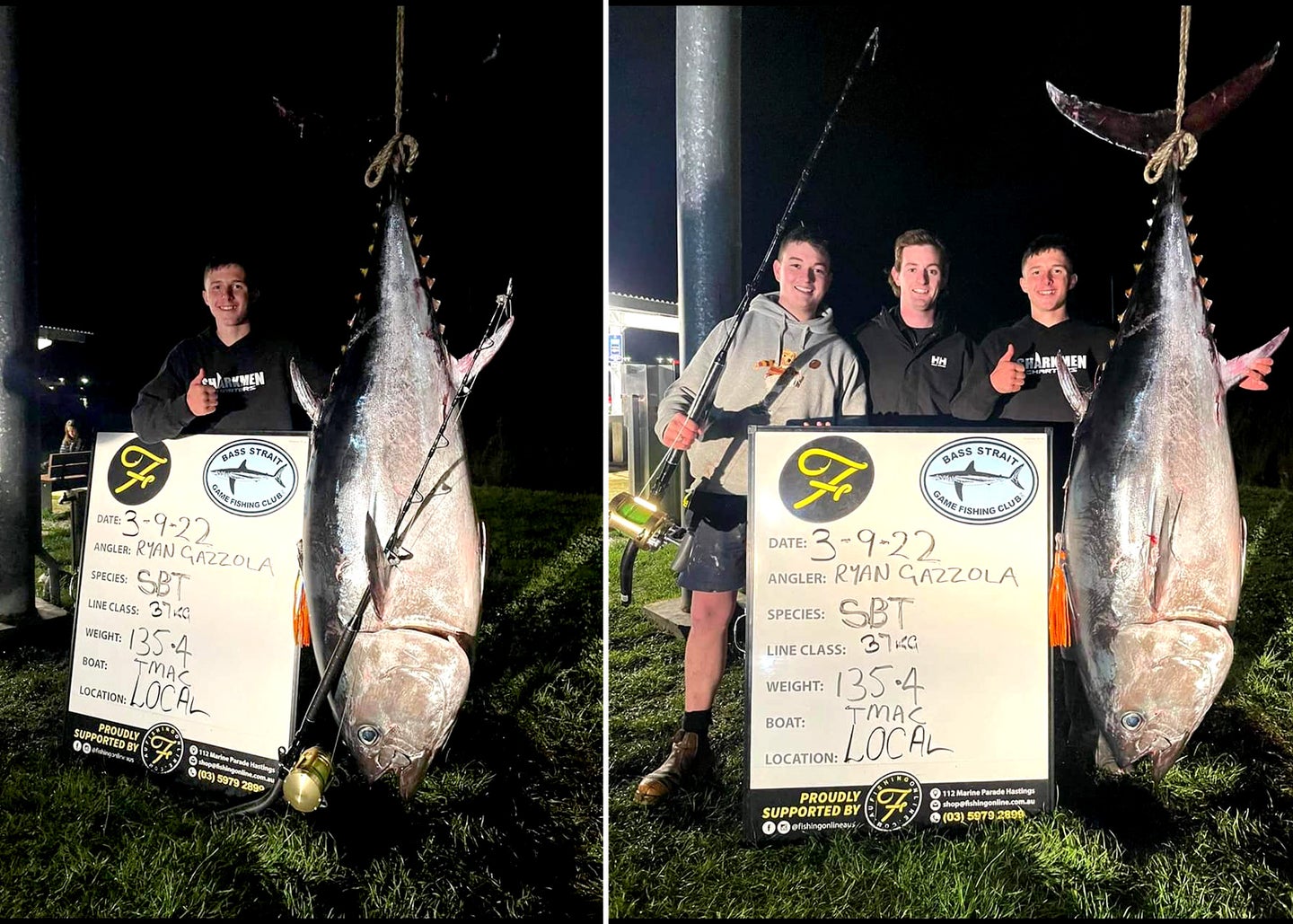 Ryan Gazzola didn’t catch the heaviest bluefin tuna in the world. Or even the longest. But he might have caught one of the oldest.

On Sept. 3, the 17-year-old angler from Victoria, AU, was off the coast of Gunnamatta Beach in the southeastern part of the country when he hooked into a 298-pound bluefin. After a four-hour battle, he finally got the fish in the boat with the help of his friends. It measured about 6 feet long, which was much bigger than what Gazzola was expecting for his first bluefin. He was ecstatic.

Although the tuna was larger than average, it wasn’t close to breaking any size records. The biggest bluefin on record in Australia weighed close to 600 pounds, while the all-tackle world record for the species is a 1,496-pound fish caught in 1979.

Upon further investigation, however, the fish still had a feat of its own to claim. It still carried a tag that had been placed there by scientists with the Commonwealth Scientific and Industrial Research Organisation a mind-blowing 29 years ago. At that time, the fish was just 52 centimeters long, or about 1.7 feet, according to 9News.

On average, bluefin tuna live to be about 15 years old, maybe 25 or 26 years in special circumstances. But this wise old fish had been around for longer than that. Fishing Tasmania and CSIRO said the tuna was the longest “at liberty” on record, meaning no other fish had lived that long after being tagged in Australia.

“My first ‘barrel,’ we call them…at this size, to have a tag in it, I was like ‘this is just unbelievable,” Gazzola told 10 News First.

Read Next: Behemoth Bluefin Tuna Caught Off Florida Coast Could Be a New State Record

According to CSIRO scientist Campbell Davies, most of the post-tag returns happen within the first three to five years of the fish getting tagged. The fact that this bluefin avoided being caught again for almost three decades is incredible.

“Anyone who gets to catch a fish of that size and of that age is a very lucky bloke,” Davies told 10 News First.

CSIRO asked to take the head of the fish for research purposes, which bummed Gazzola out a bit. But he still plans on getting the tail mounted for his bedroom and feasting on the meat.

“I was just trying to focus,” Gazzola said. “I didn’t want to let this opportunity go.”