I’m not a particularly devout individual, but there are a few things that ascend to the sacred: my family, my... 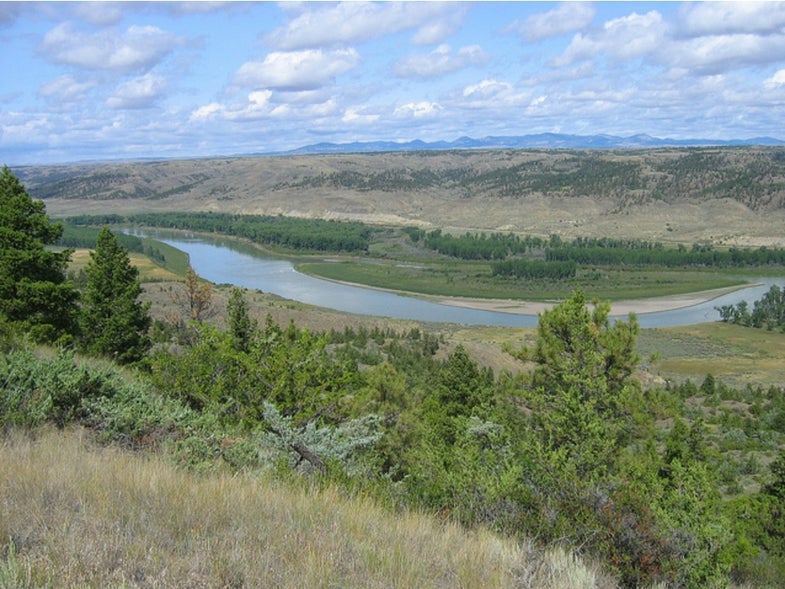 I’m not a particularly devout individual, but there are a few things that ascend to the sacred: my family, my freedom to express myself, and my ability to access public land. That’s why I’m both bewildered and angered that what started as a bad idea a few years ago—the wholesale transfer of federal land to states or individuals—has bloomed into even worse public policy.

There’s been a lot written about this movement, but there are a few reasons why the discussion should go back into the dark closets where it started.

FEDERAL LAND HAS NEVER BEEN STATE LAND
Proponents of the “transfer” of federal land would have you believe that they are righting an historic wrong, that long ago the feds grabbed land that didn’t belong to them, and that it should be “returned” to state ownership. That’s a very convenient (and incorrect) reading of Western history.

The real story is that almost all Western states were once federal territories, land purchased by the U.S. Treasury (from France, Great Britain, Russia) or seized (from Spain, Mexico, and Indian nations) and governed according to fee title by the federal government until statehood. My own Montana was granted statehood by Congress in the Enabling Act of 1889. In that, the territory (this included the Dakotas and Washington state) concurred “That the people inhabiting said proposed States do agree and declare that they forever disclaim all right and title to the unappropriated public lands lying within the boundaries thereof…” This legally binding agreement is further incorporated into Article 1 of the Montana Constitution, “Compact with the United States.”

In other words, even if the feds wanted to sell, the courts are unlikely to interpret this act of Congress or states in their favor.

That said, some BLM and Forest Service land is classified as “Bankhead-Jones lands.” These were, generally speaking, failed homesteads that were returned to the federal government because they weren’t productive enough to support even modest extractive activities.

LAND MANAGEMENT IS EXPENSIVE
That brings up the second reason federal ownership shouldn’t be transferred: it would simply shift an expense currently shouldered by the federal treasury to state treasuries, which would likely be tempted to sell these lands instead of subsidizing their management.

Management means fighting fires (which cost the feds $169 million in Idaho alone in 2012; in total that year the feds spent $700 million fighting public-land fires), building fences on Bureau of Land Management grazing allotments (some $25 million in Oregon in 2014), maintaining roads on U.S. Fish & Wildlife Service refuges. You can check out more of the cost of managing public lands in the Backcountry Hunters & Anglers’ report here.

And if federal management goes away, so go the PILT subsidies. These are Payment in Lieu of Taxes that the feds pay local governments. In Colorado, in fiscal year 2014 alone, PILT payments exceeded $34.5 million. Across the West, PILT payments totaled just under $240 million in 2014.

THE APPEAL OF EXTRACTION
Proponents of liquidating federal land are largely motivated by two things: profit and a sense that public lands could be managed more efficiently with state oversight. But it’s important to note that they’re not in favor of transferring management of all federal lands, only lands that have some extractive value: minerals, crops, timber, and high-dollar viewscapes, among other attributes.

These proponents quiver with anticipation at the prospect of mining, logging, and paving land that’s currently off-limits to development or is so tightly regulated that it’s expensive and litigious to do so. The problem with this model, besides that fact that some of our most game-rich lands would be the first to be sold and developed, is that the puny revenue that the feds currently get from extractive operations subsidizes management of all the rest of the federal acreage. See above for a list of some of those management expenses.

WHY SPORTSMEN SHOULD CARE
These have all been more or less analytical reasons why the transfer of federal lands is a bad idea, but for those of us who hunt and fish on these lands, the real threat can’t be measured in dollars. It is measured in the loss of opportunity, and the sacred access I mentioned earlier.

Well over 70 percent of Western hunters hunt on public land. Those of us who rely on this public domain for our access know that it’s not always a great experience. Public lands, even the sprawling, expansive prairies and forests of America’s West, can be crowded. They can be trashed. Hunting can be hard and frustrating. But it’s all we have, and collectively we Western hunters and anglers spend about $7 billion doing it. That’s far more than the Forest Service gets from timber sales, or the BLM gets from grazing leases.

Take away our public lands, and you can bet the sportsman’s contribution to Western economies will shrink. And that contribution simply can’t be replaced by selling off public acres for short-term private gain.

So instead of continuing to talk about shedding federal land in America, let’s talk about making what we have more accessible and productive, and ensuring that those of us hunters and anglers who rely on it for our cultural livelihood always have a place to go without first seeking permission.

It’s not only a good idea economically, it’s uniquely American.